Tell me what to read 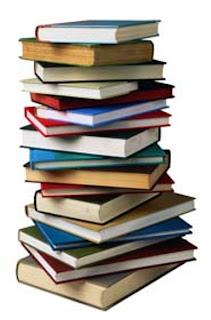 I’ve been reading a lot of discussions about genre diversification among reviewers recently. I won’t weigh in on these discussions one way or another but I will say they’ve made me rather thoughtful about my own reading habits. Because of this, I want to start an experiment of my own wherein you, my dear reader, tell me what to read.
I only have a few rules. No paranormal romance, please. And please keep all suggestions in the speculative fiction genre. I consider myself a pretty widely read person, so other than my PR restriction, I’m open to pretty much anything. Now, whatever book gets suggested, I’ll get from the library. If the library doesn’t have it, I’ll buy it so make sure it’s not some really rare, out of print thing that will cost way too much money.
I would like this process to be wholly dictated by you. Basically, I want all of you to make up my mind for me. So, feel free to nominate books in the comments below. You can either nominate a book and leave it at that, or explain your nominations; whatever you want to do. If I get enough nominations, I’ll make another post in a few days with the list of all the nominated books and let all of you vote on which one I should read next.
I usually read three to four books at the same time. So, I’ll read 2 of my choice (one to review, one I chose) and the last one will be whatever book you chose for me. I’d like to get a fairly hefty nomination list. The book with the highest votes will be the book I read first, and the rest will fall in line after that. I’ll remove the books from the list that I’ve already read. If you are on Goodreads, you can look at my account and see a fairly substantial list of books I’ve read/plan to read. Feel free to get creative with your nominations.
I’m hoping that this experiment will help me explore books I would otherwise not read and thus, diversify my reading within the genre. Speculative fiction encompasses a lot of sub genres, which should allow you a lot of wiggle room for suggestions. I also hope that it might spark some interesting discussions.
So, there you have it. What, dear readers, should I read next?

Addendum: I will accept nominations until Wednesday of this week at which time I will make a post with my nominations list to let all of you vote on which book I should read first. Each book nominated will be read in order of votes from highest being first and lowest being last.