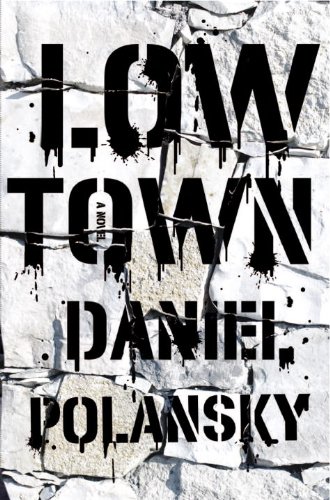 About the book
Drug dealers, hustlers,brothels, dirty politics, corrupt cops . . . and sorcery. Welcome to Low Town.
In the forgotten back alleys and flophouses that lie in the shadows of Rigus,the finest city of the Thirteen Lands, you will find Low Town. It is an uglyplace, and its cham­pion is an ugly man. Disgraced intelligence agent.Forgotten war hero. Independent drug dealer. After a fall from grace five yearsago, a man known as the Warden leads a life of crime, addicted to cheapviolence and expensive drugs. Every day is a constant hustle to find newcustomers and protect his turf from low-life competition like Tancred theHarelip and Ling Chi, the enigmatic crime lord of the heathens.

The Warden’s life of drugged iniquity is shaken by his dis­covery of a murderedchild down a dead-end street . . . set­ting him on a collision course with thelife he left behind. As a former agent with Black House—the secret police—heknows better than anyone that murder in Low Town is an everyday thing, the kindof crime that doesn’t get investi­gated. To protect his home, he will take partin a dangerous game of deception between underworld bosses and the psy­chotichead of Black House, but the truth is far darker than he imagines. In Low Town,no one can be trusted.

352pages (hardcover)
Publishedon: August 16, 2011
Publishedby: Doubleday
Author’swebpage
Publishedunder the following titles:
UK: LowTown: The Straight Razor Cure
German:Der Herr Der Unterstadt
Spanish:Bajos Fondos
Thanksto the author, and Doubleday for sending me a copy of this book to review.
—–
Antiherosand I tend to have a really good working relationship. Out of all the charactertypes in literature, I enjoy the antihero the most. When I told Polansky that Iwould accept his book and I was really excited to review it, I had no idea Iwas accepting a book where the main character was an antihero. Thus, you canimagine my thrill when I started reading and discovered that was the case.
Therereally isn’t anything amazingly new about LowTown, yet despite that it still manages to be a success. Low Town blends several done-before plotpoints and character types into a very well done setting. Polansky managed tobring it all together in such a way that the “done before” themes won’t botherthe reader. That being said, readers’ familiar with noir and crime novels willprobably have an easy time pinning the villain, probably before the protagonistdoes.
Low Town is a hybrid of sorts. It’s partfantasy and part murder mystery. The appeal with Low Town is the grime that covers it. Most fantasy seems to takeplace in, near or around palaces and important people who wear fancy clothes. Low Town takes place in the proverbialgutter with a main character who is an ex cop drug dealer who was basicallykicked off of the force (for lack of a better term) after some incident that isnever really discussed in detail. Despite being kicked off the force, theWarden takes matters into his own hands when he’s confronted with a mysteriousdeath (or three). It’s rather easy to see where this is going, but it’s no lessentertaining for that.
Low Town’s atmosphere is what I enjoyedmost about it. Polansky filled his book with numerous cultures and managed toinfuse his setting with a sense of history, which is impressive consideringthat the book isn’t even 400 pages long. The grime that covers everything isn’toverdone; rather, it’s realistic and believable and different enough from mostother fantasy that it’s eye catching and enthralling. Low Town truly is a slumand Polansky makes that slum come alive with his impressive prose, slang used,descriptions and history.
Low Town isn’t incredibly deep, norshould it be. It’s a fun read that will take the reader on an adventure ratherthan hit them over the head with morals and impressive parallels to the realworld. Despite its grit, Low Town israther escapist. It doesn’t require a lot of attention to detail, nor are therelots of made up words to look up in a glossary. It’s actually rather simple,somewhat predictable, and rather comforting to read as it doesn’t challenge thereader too much. All of this works together to make it incredibly fun.
Despitethis, Low Town does have its fewproblems. For example, the book is written in first person past tense, which isfine. However, that form of writing automatically tells the reader that, eventhough you don’t know the details, you know the protagonist made it through theevent long enough to tell his story. Thus, there is some predictability withinthe book. Furthermore, there are some instances where the protagonist seems toaccomplish an impossible amount of stuff during one day’s span. Another pointof complaint is, even though the mystery wraps up nicely, I was never quiteclear on the villain’s motivation or why they did what they did. Lastly, theending is rather rushed and does come together a bit too nicely.
However,that being said, Low Town impressedme, especially for a first book. Polansky managed to do something that isnearly impossible. He took a predictable, slightly done-before plot and managedto make it fun and interesting enough to make all of that, and it’s other fewproblems, incredibly easy to overlook. Polansky created an interesting, dirtyworld and ran with it, populating it with rich characters and a nice sense ofhistory. His use of language only adds to the realism of Low Town. Low Town is the kind of book you want to read when youwant to escape with a book that’s a little different than your typical fare.Polansky is an author to watch.
4/5stars