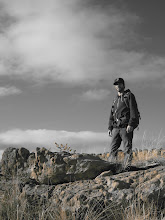 There are a lot of blogs I’ve just recently come across which really amaze and astound me with quality, quantity and depth. Battle Hymns is one of those. I first became aware of Ryan on Twitter (of course) and soon became very interested in his blog. Once I started looking around Battle Hymns, I realized that I would be hooked for good. You see, the thing about Battle Hymns, and Ryan in particular, is that he reads just about everything I don’t read (and plenty that I do) and he makes me want to read these books that I don’t read. That’s a huge accomplishment. For example, I think I’ve probably read about 2 pages of a graphic novel in my life, but if I go over to Battle Hymns, I can find plenty of reviews of comics and graphic novels. Ryan’s depth and obvious enthusiasm makes me want to shed my predispositions and read graphic novels. I’m really stubborn, so that’s pretty big.

Not only that, but there are a few reviewers I am in awe of because they keep their reviews so interesting and refreshing. In comparison, mine are down right dull, studious affairs. I think it’s an amazing feat that Ryan can write such in depth, quality material but keep me nodding, smiling and pondering the whole time. I can honestly say, in my never-ending quest to be a better reviewer, Battle Hymns is one of those blogs that I use as an example of what to do right. There really is a huge difference between bloggers who do this for attention, and bloggers who do this for love. Ryan is an example of a man who does this for love, and Battle Hymns is amazing because of it.

So, without further ado, I’ll introduce Ryan, and allow him to tell you about his favorite differently-abled characters.

Ryan is a long time fan of fantasy and metal and a newfound fan of comics. He created Battle Hymns as a way to talk about the things he loves, and to interact with fellow fans. You can find him on bhymns.blogspot.com.

Thank you for letting me take over your blog for the day Sarah!

When Sarah contacted me to ask if I’d be willing to write up a guest post for her blog, the ol’ gears inside my brain started clanking around for an idea to write about.  I’ve always been drawn to characters that don’t fit the common definition of what society considers “normal” so I thought I’d share with you all my favorite characters from the fantasy genre who, by societal standards are differently abled from what is considered normative abilities.  Oh, and just as a little bit of a warning…if you haven’t read either the Dark Tower series or the A Song of Ice and Fire series, there are a few minor spoilers ahead….fair warning! 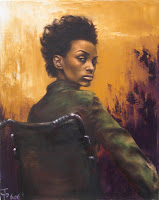 Easily one of my most favorite and most memorable characters of all time, (who I might have a little bit of a literary crush on…) is Susannah Dean, also known as Odetta Holmes, and Detta Walker. Susannah is the heroine of Stephen King’s fantastic Dark Tower series.  Susannah is a favorite character of mine in large part  because of her astounding inner strength.
When her character is first introduced Susannah is battling mental demons as she struggles to control her split personalities of Odetta and Detta…one of which is a sociopath.  Eventually, she gains control of her mental state, but it isn’t too long before King puts Susannah through the wringer again. Without spoiling anything further, I’ll just say that Susannah’s character arc is an incredibly intense one.  I think what draws me to her character the most is her amazing inner strength and mental toughness.  In many ways, it is Susannah’s strong will and love that holds Roland’s ka-tet together for the long-haul.
Susannah can pretty much do it all, including shoot it out with the best of them, and she does it all while being wheel chair bound; this due to an attack that left her legless after being pushed in front of a train.  Like I said, her character arc can be heartbreaking, but for my money, Susannah is one of the best, if not the very best, examples out there of someone overcoming some incredibly tough challenges.
Tyrion Lannister

Well, this guy probably doesn’t need too much of an introduction, but if you aren’t familiar with Tyrion Lannister, I strongly urge you to read the A Song of Ice and Fire books.  When I first started reading the series waaay back in the 90’s as a teenager, I wasn’t such a huge fan of this guy.  However, I’ve re-read the series a few times now, and Tyrion stands out as one of my favorite characters in the series, and another all-time fave.
In a world where men are valued for their size and fighting ability, and every boy’s dream is to become a knight, Tyrion is greatly marginalized for his well, distinct lack of size and distaste for up close and personal violence.   That’s not the sort of thing to keep Tyrion down though, as he uses his intellect, wits, and cleverness to make his way through a hostile world.
Tyrion is a character that is often underestimated, or in some cases completely beneath notice, and I think this is true for a lot of people in our society who aren’t considered “able bodied”. On top of being an incredibly compelling character to read, Tyrion serves as a great reminder to me that I shouldn’t prejudge anyone by their outside appearance or make assumptions about them based on what I think they might be capable of.
Roland Deschain 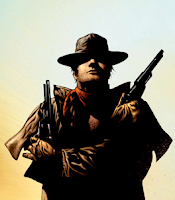 Hands down, Roland Deschain is my all time favorite literary character.  It must be a Stephen King thing because I’ll be damned if all his characters aren’t “flawed” in some way.
At the start of the series Roland is pretty much a badass of epic proportions.  He’s more or less a superhero with six shooters, but it doesn’t take too long for King to start chipping away at the shiny coat of paint and start putting some dents in Roland’s chassis.  First the guy loses the first two fingers on his dominant hand, then a toe, and then he develops a brutal case of rheumatoid arthritis to go with a fragile mental state.  I’ll be the first to admit that when all these injuries and such started to pile up, I began to doubt his ability to achieve his life-long goal of reaching the dark tower.  From my able-bodied perception Roland seemed too damaged to complete his quest.
I thought it was pretty interesting how King took what was an archetypical  hero and proceeded to break him down and challenge my perceptions of what people are capable of when they don’t meet society’s standards of what is normal.  Roland is truly a masterpiece in character development, and challenging the perceptions and preconceived notions of the reader.
—–
You can find Ryan on his blog. I sincerely hope you check out Battle Hymns. It truly is a labor of love and because of that, it shines.