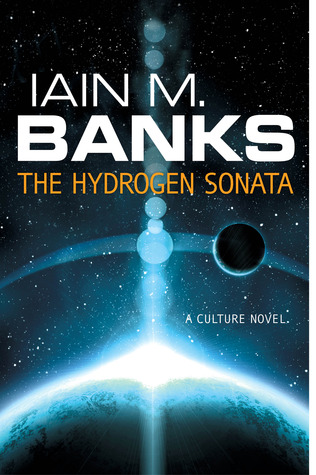 It is, truly, provably, the End Days for the Gzilt civilization.

An ancient people, they helped set up the Culture ten thousand years earlier and were very nearly one of its founding societies, deciding not to join only at the last moment. Now they’ve made the collective decision to follow the well-trodden path of millions of other civilizations; they are going to Sublime, elevating themselves to a new and almost infinitely more rich and complex existence.

Amidst preparations though, the Regimental High Command is destroyed. Lieutenant Commander (reserve) Vyr Cossont appears to have been involved, and she is now wanted – dead, not alive. Aided only by an ancient, reconditioned android and a suspicious Culture avatar, Cossont must complete her last mission given to her by the High Command – find the oldest person in the Culture, a man over nine thousand years old, who might have some idea what really happened all that time ago. Cossont must discover the truth before she’s exiled from her people and her civilization forever – or just plain killed.

You can purchase a copy of this book here: The Hydrogen Sonata

The Hydrogen Sonata is the tenth book in the Culture series, and also marks an incredible twenty-five years that the series has been running. While there are plenty of series that are ten books long, there really aren’t many that span twenty-five years and keep such a strong and expanding fanbase with each powerful release. Another aspect of the Culture series that really appeals to me, and strikes me as incredibly unique in the SFF genre(s) is that each book is a standalone, set in the same world but neatly introduces new aspects of the universe and people/things in it, and ties up with a nice (often surprising) ending.

Each book offers something different, and while I’m admittedly not a fantastically well read with the Culture series (I’ve only read two other books), that doesn’t seem to really matter. I can still appreciate the nuances of Banks and his ability to write not only a fascinating story, but a deep, thoughtful book as well. That is, perhaps, one of the things that I’ve loved the most about this author throughout all of the books I’ve read by him. He doesn’t underestimate his audience, and he writes in subtle, yet deft layers that peel away as the books progress leaving you (often times) gaping at the end and full of wonder. I have to respect an author who can completely stretch my thought processes, and Banks seems to be exactly that person.

The Hydrogen Sonata is interesting in the sense that there aren’t any new and incredibly remarkable alien species introduced (like there were in The Player of Games, for example.). Instead, we are introduced to Minds, basically spaceship type things that have their own independent personalities and thought processes. On the flip side, we are also introduced to the Gzilt, a military species who are credited with helping found the Culture, but decided not to become part of it. We are also introduced to subliming, which is basically (as I understand it) the next step in evolution, where people or entire civilizations can cross over into a Nirvana type place.

Perhaps what surprised me the most about this setup is that the idea of subliming and the Minds interested me more than the Gzilt, or the other humanoid people and characters I was introduced to throughout the course of the book. The Minds themselves have incredible names, some of them are laugh-out-loud hilarious and unique personalities that go along with them. They are somewhat godlike in some ways, floating about space with their own goals and purposes, often understanding things that humans can’t because they are, quite literally, above much of the drama that clouds most people’s judgment and understanding. While it took a little time to get used to their form of communication and understand the subtle nuances and humor of their speech, they became the highlight of The Hydrogen Sonata.

Furthermore, The Hydrogen Sonata is full of tiny, intricate and unusual details that bring an incredible sense of wonder and imagination to Banks’ universe. Though I never did quite get over missing a strong connection to a human or alien, the tiny details really brought another layer of depth and quality to the universe as a whole that can’t be overlooked. I would be somewhat remiss if I didn’t mention Banks’ incredible instrument used to perform the music for The Hydrogen Sonata itself. While I never quite wrapped my mind around what exactly it looked like, it was fascinating how much detail and effort he put into bringing said instrument to life for the reader.

The plot moves forward at a stately pace. Not too fast, and not too slow. Though due to having to adjust to the idea of Minds and their communication, it did take me a little time and some minor effort to really immerse myself in the proceedings. However, Banks doesn’t disappoint. His world is top notch. The Minds are fascinating and very compelling. The plot is interesting and peppered with plenty of Banks’ tell-tale depth and thought. The Hydrogen Sonata is not only unique and high quality, but it’s also fascinating and will leave the reader pondering long after they read the last page.