Yes, my friends, I’m announcing the addition of another wonderful author to Triumph Over Tragedy.

Michael Stackpole is a bestselling author, and one that I admire greatly. Stackpole was one of the first authors I read when I started really getting into fantasy. His books are well known and his fans are numerous and ever growing in numbers.

We are thrilled to welcome his donation of a story into the Triumph Over Tragedy anthology.

As always, you can learn more about this project, or donate here. 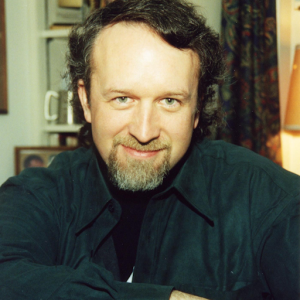 About the Author (in his words)

I was born in Wausau, Wisconsin in late 1957 to Jim and Janet Stackpole. I remember little of my time in the dairy state, primarily because I spent the first six months of my life lobbying my parents to return to Vermont, which they did when my father’s internship was finished. (My father is a Pediatrician and my mother was a teacher before becoming a politician and active in a variety of programs in the community.)

After the return to Vermont my brother Patrick was born and, four years after that, my sister Kerin was born. Patrick is career military, having graduated from West Point. My sister is a lawyer and quite good at what she does. (I find it rather comforting to know that in my family I can get good medical advice, good legal advice, and good military advice, all of which are vital in my trade.)

Not having been born in Vermont caused a limited amount of childhood trauma for me, since, according to good old Yankee wisdom, I was not truly a Vermonter. (As is commonly noted, if someone is baking cookies in an oven and a puppy crawls in there and is cooked, that doesn’t make it a cookie.) I got over this trauma. In my teen years my rebellion against my parents took the form of listening to Boston Bruins hockey games on a transistor radio when I was supposed to be doing homework. I was, as you can see, a real rakehell.

I graduated from Rice Memorial High School in 1975 and went from there to the University of Vermont. I graduated from there in 1979 with a BA in History. Having already sold my first gaming project to Flying Buffalo Inc. in 1977, I headed west to the land of Mexican food, where it seldom snows, and the snow never lasts long enough to be shoveled. I have lived in Arizona ever since, save for a four month stint in Hartford, CT, working as a consultant for Coleco Industries.

In 1987 FASA Corporation hired me to write the Warrior trilogy of BattleTech novels and the rest, as we historians are fond of saying, is history.