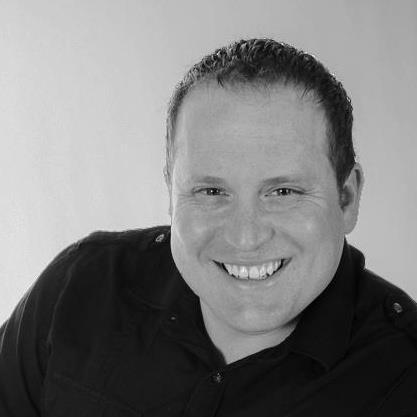 R.T. Kaelin is a loving husband, father of two wonderful children, and a lifelong resident of Ohio, currently in Columbus.  After graduating from college, for the first twelve years of his career he has worked as a software engineer.  After creatively writing a local gaming group, it was suggested he try his hand at writing something more prodigious.  Encouraged, he finally committed to the undertaking, writing the first book of his The Children of the White Lions series, Progeny.  When he is not writing, he loves to travel and has a passion for cooking.

You can find out more about the author and various ways to follow him online on his website.

May 12th: The Mystery Child’s Birthday

My wife gave birth to our first child that day: Nikalys Isaac, a beautiful baby boy.

For many months prior, I had done all the typical first-time dad things:  get the nursery ready, ensure our day-of-birth plan was ready, collect a mountain of diapers, etc.

During that time, I also treated my wife’s bellybutton as though it were a tiny megaphone through which I could speak to my unborn son.  Which is why, during Nikalys’ first minutes of life, as he lay under the bright lights of the warmer, covered in birth-goo, when I called his name and he instantly turned his head toward me, I was convinced I had fathered the smartest, sharpest, bestest kid ever.

I was so proud of my son.

A child’s first birthday is always a big deal. When your wife is of Korean descent and has a massive family, let me assure you that it’s ten times bigger. Besides the typical “give the baby a slice of cake and watch him cover himself in chocolate frosting” activity, a traditional Korean ceremony called “dol” is held.

We dressed Nikalys in a “dol-bak,” a painfully colorful outfit and tiny hat, and sat him on the ground with an array of various items placed before him. I don’t remember everything there, but I do recall a bowl of fruit, a pencil, and a few dollar bills. Everyone gathered around to watch what Nikalys would pick up first, the belief being that his choice is an indicator of his life’s fate. Fruit would mean he would never go hungry. The pencil portends a scholarly life. Money meant my wife and I would be able to retire early and move to the beach house he’d buy for us.

I don’t remember what Nikalys chose, the reason being I was more concerned with him falling over as he sat before his choices. One-year-olds can be wobbly, yes, but Nikalys remained unable to sit upright on his own, something typical 7-9 month-olds do. And that was not the only milestone he had missed. My wife and I were concerned, but not too much so. He was a little premature, so we told ourselves he just needed some time to catch up.

Regardless of his delays, I was proud of my son.

By his second birthday, we were worried. Nikalys’ language development was delayed by several months, he was not yet walking, and his fine and gross motor skills were significantly behind where they should be.

He wore tiny baby glasses that hooked around his ears so they would not fall off.  The glasses were an attempt to help correct the fact he was cross-eyed and had nystagmus, a condition where the eyes shake. Ultimately, the glasses would not work. Two eye surgeries awaited him.

His second year of life was spent visiting various doctors—neurologists, optometrists, opthamologists, (there is a difference)—and having lots of tests done—blood work, MRIs, sleep studies. Yet by his second birthday, we still had no idea as to what was going on with our little guy. That was something to which we would grow accustomed: having no real answers.

Nevertheless, with all of his challenges, Nikalys was a happy—and big for his age—child, and I was extremely proud of him.

Ages three and four will forever be known as the “Thomas the Tank Engine Phase.” He was infatuated with the little wooden wonders. We made weekly trips to a nearby Barnes & Noble where, in the kids’ section, they had a train table covered with track and trains that had been beaten to death by countless kids. We would walk in and Nikalys would run straight for the table (he was running now!), plop down, and be in heaven. When kids his age attempted to engage him, he would either stare at them in perfect silence or hold up a particular engine or caboose and repeatedly say, “Train. Train. Train.”

Concerns that he was autistic led to a lengthy evaluation by the local Children’s Hospital, after which we were told that he did not fit on the spectrum. Their reasoning was he displayed too much emotion and affection, which was certainly true. Nikalys was a lover and hugger. We had to keep a careful eye that he did not squeeze new baby sister, Kennedy.

So, here we were: four years old and still no answers.

It was frustrating, but never affected just how proud I was of my son.

The dozens of little wooden trains were now packed in boxes and covered in dust. Toy Story characters ruled the house, their pointy plastic ends poking the soles of our feet daily.

By the time Nik was six, we as parents had finally accepted that whatever was going on with our little guy was not something he would outgrow.

To the outside observer, Nik looked like any other kid his age, albeit a little taller. But due to his physical delays—gross and fine motor along with low muscle tone—he appeared incredibly clumsy. He could not—and still cannot—catch a ball. His hand-eye coordination was—and still is—terrible, his reaction time about a half-second slower than most people. Nik will never play high-school sports. Games of catch with him will always be more physical therapy than a carefree activity enjoyed by father and son.

He had a few friends from school but none from the neighborhood. They knew something was different about Nik and would not socialize with him. That actually hurt my wife and I more than it did Nikalys. So wrapped up in his own world, he was oblivious to the way some judged him. In this case, his delays were almost a good thing. Kids could be mean to him, make fun of him to his face, and Nikalys would simply smile and laugh.

And that made me even prouder of my son.

Walk into any room in the house, and you could see a lightsaber. Nikalys had them all: blue, two red ones, Yoda green, Mace Windu purple.

At age eight, he was wrapping up his second trip through first grade. We had held him back an extra year, hoping he his maturity level might grow to match his peers. In some areas, it did. In others, not so much.

Additional tests performed in the last two years—brain scans, more MRIs, sleep studies, a second autism evaluation—revealed nothing conclusive other than a below-average IQ. And, to be honest, we’re not sure how accurate that diagnosis is. Nikalys is as good at test-taking as a trout is at jumping-jacks. His ability to pay attention to anything in which he’s not interested is non-existent.

Now, as these posts are supposed to include some literary tie-in, this is where mine begins.

Right around this time, perhaps a couple months earlier, was when I started writing the first edition of Progeny. I have written at length about what prompted me to undertake such an effort, and one of the things I always say is my kids were a big reason why.

I was so incredibly proud of my son—and daughter—that I both modeled and named the two main protagonists after them, weaving their real-life personalities into the characters. In the book (and series), Kenders is stubborn, fearless, and impulsive, just like my beautiful little girl, Kennedy.  The Nikalys in my pages—much like his real-life counterpart—is incredibly loyal, has a big heart, but can be prone to sullen, pouting moments when confronted by things he does not like.

I wrote the book—and continue writing the series—to show my children how much I love them and to encourage them to work to overcome whatever obstacles life places in their way. Let’s hope that by the time they’re old enough to read it, I will have finished the series.

On May 12th, 2013, Nik turns nine. He’s as tall as he is skinny, a giant with feet that look like scuba flippers. Seriously, they’re huge.

Presently, we are in the midst of the superhero phase—Marvel and DC, although he’s partial to the Avengers. It’s a lot of fun for us both as I will happily watch any number of superhero movies with him whenever he wants it. Sure beats Thomas the Tank Engine.

Still no answers. None at all. Doctors haven’t a clue as to what is responsible for his delays. In the last year, one of his doctors actually referred to him as her “little mystery child.”

School is a massive challenge for him, more academically than socially. He receives occupational and physical therapy, along with adaptive physical education and two hours per day of specialized instruction for math and reading. Certain concepts are extremely difficult for him to grasp. While he has a few close friends, we are starting to hear the rumblings of kids teasing him. Not cool.

He’s in a soccer league that welcomes kids with challenges. The jury is still out on how this will turn out, though. With his physical delays, he can’t run as fast as the other kids, can’t kick the ball all that well, and tires quickly. His mental challenges cause him to often completely lose focus as to what he is supposed to be doing. Last week, Nikalys was playing goalie. At one point, there he was, crouched down, picking dandelions, utterly oblivious of the clumped gaggle of children dribbling the ball toward him.

I worry a lot about what the future holds for Nikalys. Countless challenges await him, challenges I can’t fully comprehend at this point in time. Whatever they are, though, I’ll be there with him, helping when and where I am able, or rooting him on when that’s all I can do. But no matter what, I will always—always—be incredibly proud of my son.