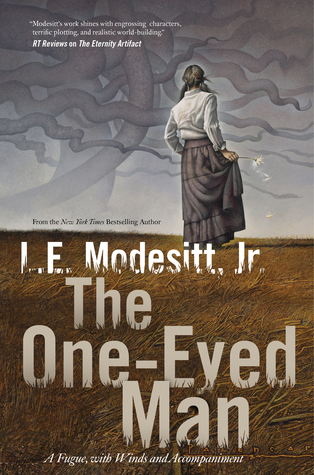 The colony world of Stittara is no ordinary planet. For the interstellar Unity of the Ceylesian Arm, Stittara is the primary source of anagathics: drugs that have more than doubled the human life span. But the ecological balance that makes anagathics possible on Stittara is fragile, and the Unity government has a vital interest in making sure the flow of longevity drugs remains uninterrupted, even if it means uprooting the human settlements.

Offered the job of assessing the ecological impact of the human presence on Stittara, freelance consultant Dr. Paulo Verano jumps at the chance to escape the ruin of his personal life. He gets far more than he bargained for: Stittara’s atmosphere is populated with skytubes—gigantic, mysterious airborne organisms that drift like clouds above the surface of the planet. Their exact nature has eluded humanity for centuries, but Verano believes his conclusions about Stittara may hinge on understanding the skytubes’ role in the planet’s ecology—if he survives the hurricane winds, distrustful settlers, and secret agendas that impede his investigation at every turn.

I am not that well read with any of L.E. Modesitt Jr.’s books. Actually, I don’t think I’ve actually read any of them (though Tor has sent me a few. I need to get on that…). I got The One-Eyed Man in the mail and I automatically started reading it. Modesitt is a name that gets me excited purely because he is so absolutely prolific, and the cover reminded me a bit of Bitter Seeds by Tregillis, so that pretty much sealed the deal.

The One-Eyed Man is a rather unique book in the way that it is set up. The story opens Dr. Paulo Verano’s divorce preceding where he is summarily screwed over by his (now) ex-wife. The trial is fast and brutal, and as the story is narrated in Verano’s first-person perspective, you get an uncanny view at how he interprets everything. So, The One-Eyed Man starts out as a book about a guy who gets screwed over, just like so many people get screwed over these days. Nothing big. But this serves an important purpose. Modesitt draws a parallel between our world and Verano’s world. It’s relatable. How many people have stood in a divorce trial and got the short end of the stick? A lot. So, Modesitt is showing the reader that this might be a science fiction book, but it isn’t so very different from our own world and lives.

That might also be the drawback here. There aren’t any really any alien aliens. I mean, there are, but there aren’t. Crap, you’ll have to read the book to find out what I mean, but I will try to explain. There is some advanced technology and alien landscapes, a few alien-esque creatures, but people still exercise to stay fit, and they have to work jobs that get them dirty, and they sweat and whatever else that we do that so many SF novels work around. The subtle notes of advanced technology, and some of the obvious social advancements and cultural differences are what make this a science fiction book. Readers looking for frequent deep space travel and alien creatures with fourteen heads and six eyes that travel on ships that go faster than the speed of light and are fueled with stardust and space farts will probably be disappointed.

Due to The One-Eyed Man’s unique brand of SciFi, I consider this book a great novel for people to read if they are just starting to explore SciFi. There’s less weird aliens and more advanced technology, humans, and politics than anything else, which will probably make this an easier pill to swallow than some other hard SciFi books out there. The world starts out focused on the poor screwed over fate of Verano, and quickly broadens in scope to show readers a huge world full of different and advanced enough technology and fantastic creatures and cultures. Quickly readers will learn about a huge interplanetary political system, complete with its own pros and cons. It’s actually quite magnificent how Modesitt starts with needle-sharp focus and then quickly expands it so readers aren’t just experiencing the life and times of ecologist Paulo Verano, but Verano’s entire world, and to a lesser extent, an entire governmental system that spans numerous planets.

Modesitt’s writing is very lyrical and graceful without any wasted words or pointless scenes. This really allows him to play with the plot on numerous levels. There is a lot of subtlety in The One-Eyed Man, and I found it to be absolutely delicious. However, the grace of his prose makes a lot of the nuances easy to overlook. This just makes them feel even more savory when I did catch them. Graceful, lyrical writing does a lot for a reader. In this case, it hooks my attention, and really made me shocked with just how much goes on in this novel that you absorb, and think about/realize later. I love the books that are addictive because they are fast, and fun reads, but leave you with a lot of revelations and deep thoughts later. Bravo on that point, Modesitt.

Not everything has easy answers solved by advanced technology, either. Modesitt has given his futuristic world a lot of thought, and it’s that thought that really gives it some realistic qualities and make it shine. For example, how many SciFi books have you read where people travel thousands of light years in a day or month? Not here. Verano has to really think about his decision to take a job on another planet, because it’ll be 150 years later on his home world if he ever returns to it. Likewise, it would take as long for any of his findings to reach the central government. So what’s the point, one might ask? Well, in a world where humans live twice as long, that span of years is still a big deal, but not as big of a deal as it would be to us.

Which all goes to say that The One-Eyed Man is very political, and the politics are even more realistic due to the details and lyrical flow that I’ve mentioned a myriad of times above. There are a lot of Modesitt’s personal viewpoints in the political portions of the novel. In fact, being in Utah, where fighting for the national parks and open land is something both the (strong) right and (very small) left can agree on, I saw a lot of the struggles that many people are so passionate about in this state reflected here – like the exploitation of land for governmental or private gain. Perhaps because I live here, and national parks and open land is something everyone in Utah is very proud of, regardless of their political stripe, I cared even more than I otherwise would have. It’s something that, no matter the era or universe the story is set in, it speaks to everyone because it is a story that pertains to all of us.

So, the final verdict? The One-Eyed Man is thought provoking, very realistic, and incredibly subtle in so many ways. This is one of those rare books that speaks to anyone at any period of time because the story is so important to all of us. The futuristic world(s) and advanced technology are all very nice touches, but Verano is one hell of a protagonist, and his story is one that will resonate.