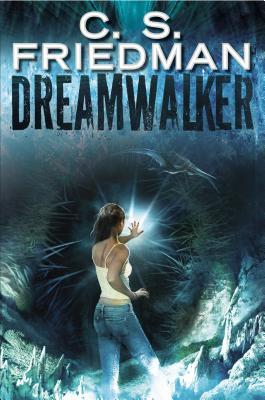 All her life Jessica Drake has dreamed of other worlds, some of them similar to her own, others disturbingly alien. She never shares the details with anyone, save her younger brother Tommy, a compulsive gamer who incorporates some aspects of Jessica’s dreams into his games. But now someone is asking about those dreams…and about her. A strange woman has been watching her house. A visitor to her school attempts to take possession of her dream-inspired artwork.

As she begins to search for answers it becomes clear that whoever is watching her does not want her to learn the truth. One night her house catches on fire, and when the smoke clears she discovers that her brother has been kidnapped. She must figure out what is going on, and quickly, if she and her family are to be safe.

Following clues left behind on Tommy’s computer, determined to find her brother and bring him home safely, Jessica and two of her friends are about to embark on a journey that will test their spirits and their courage to the breaking point, as they must leave their own world behind and confront the source of Earth’s darkest legends, as well as the terrifying truth of their own secret heritage.

First and foremost, you should know that this is an EARLY review. This book isn’t actually going to be published until February, 2014.

Secondly, this is a new ballgame for Friedman. If you’re looking for another Coldfire Trilogy, you should move on. This isn’t Coldfire, or Magister. This is something new and absolutely different, and it should be judged as such.

Dreamwalker really is something absolutely new and different by one of my favorite authors. Before now, as far as I know, Friedman never has written young adult novels. I know and love her books because she is so fantastic at writing antiheroes and dark fantasy in general. I can understand why she is nervous about a young adult release. A fan base that loves her for her dark fantasy and dark, edgy characters, might find Dreamwalker hard to digest.

Honestly, Friedman fans, if you can handle Tad Williams turning from epic fantasy to urban fantasy, you can handle Friedman writing young adult. You still have all the Friedman goodness here – like the carefully paced and intricate plot, the well-developed characters, and the fantastic prose. It’s just a different flavor.

One of the things that makes Dreamwalker a bit different than most other young adult books I’ve read, and probably a huge reason why I enjoyed it so much, was the maturity with which Friedman told the story. Jessica Drake might be sixteen, but she’s also basically raising her thirteen-year-old brother and has had to make difficult adult decisions for a few years. She thinks like an adult, even though she’s in high school. She’s capable of holding a conversation without fixating on the hot guy in biology class. That’s a massive accomplishment for any young adult author and I appreciate the fact that Friedman seems to realize that even though her characters are young, they still can function like normal human beings.  The ability to tell a story that focuses on teenagers, but portray them as something more than mindless, hormone-driven, sex crazed, warm bodies is what I look for in my young adult books, and Friedman does that well.

Jessica Drake is an interesting character. There’s plenty of teenaged angst in the book, but once you figure out what Jessica is angsty about, you’ll realize that  it would be impossible not to feel that way. The emotions are present but realistic. There’s a little hint of romance throughout the book, but it is never overpowering. Given the time that all the characters know each other, and the high octane situations they are in, it seems logical that the romantic notions take the back seat, despite a few moments sprinkled throughout the book that bring the tension to the fore.

Virginia Prime is an interesting place, and how Friedman developed the culture in that world was nothing short of fascinating. It’s interesting to see, and at times “hear” through discussions, how the different worlds developed based on different events happening/not happening. For example, on one Earth, the asteroid never hit, so dinosaurs are now pets of the aristocracy. In Virginia Prime, social standing is basically derived from “gifts.” Gifted children are given to guilds to train, and their families receive money. This causes some desperate and heart breaking situations, but it is all very well done and very believable. The flaws of our world, and Virginia Prime are natural effects of the order of life in both of those worlds, and Friedman makes them figure into the story flawlessly, while managing to keep readers interest throughout.

The magic is present, and while readers will learn a bit more about it, Friedman leaves most of the details open ended for readers to find out 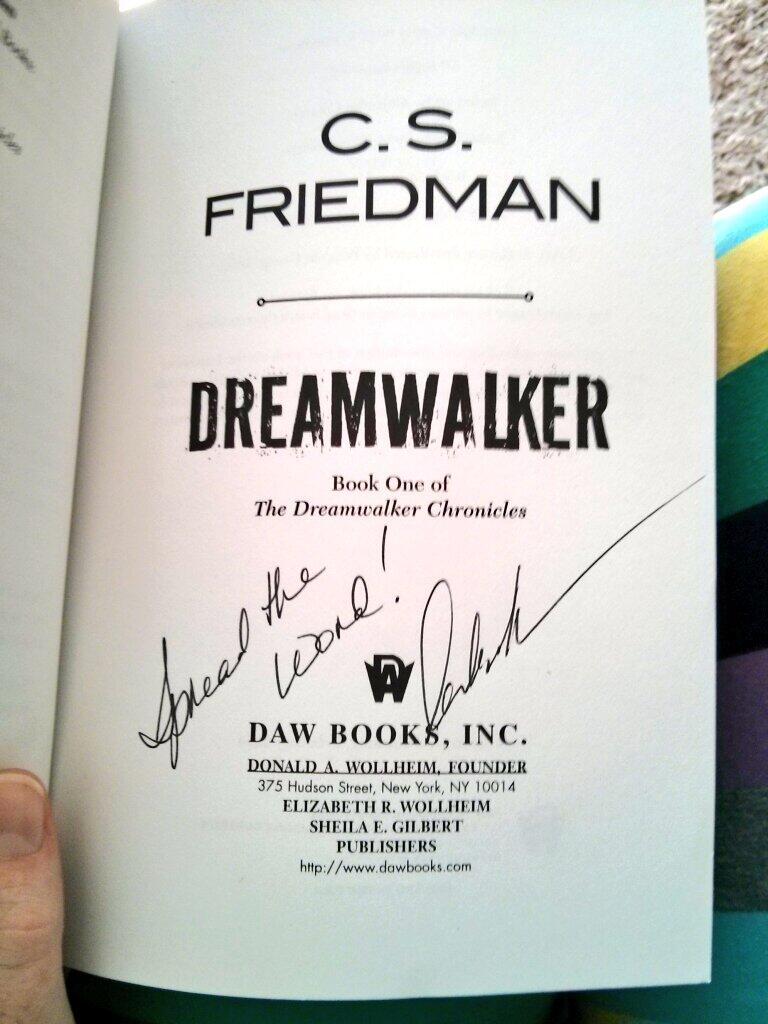 about in future installments of the series. This might frustrate some readers, but her real focus seemed to be on character and world development. Magic, while important, can easily be left for future books to flesh out without any real negative effects to Dreamwalker as a whole. While some of the magic is explained, quite a bit of it feels nebulous throughout the book. It’s there, but it is hard to pin down what it is all about or how it works. There is some explanation of guilds, and gifts, which gets a tad bit info-dumpy but not too bad and I’m honestly not sure how Friedman could accomplish educating the reader any other way. There are some vague notions of seers and their importance, and the Shadow Men, who are sort of suspended between being alive and dead. They are very important figures that are creepy in only a way that Friedman can manage, but also seem to open a door for Friedman to fill her series with a little of her tell-tale moral ambiguity and darkness that so many of her fans love.

The plot is interesting and fast paced, if a touch predictable at times. The emotion that Jessica feels is so realistic that, as she learns more about who she is and her place in the world(s), you can’t help but feel the confusion, anger, and worry along with her. Her brother is a nice addition to the book, and the few chapters with his perspective were always interesting. His viewpoint, though short and spontaneously placed, was welcome and added a nice new perspective as to what he was going through, and insights into the Shadow culture that readers wouldn’t otherwise have. There are a few other perspectives placed throughout the book, and while they are few and far between, they add a lot of world building that might not otherwise be there. Through them, readers learn what the wild animals and their weird behavior is all about, or that another Earth that has ceased to exist had some great alcohol that was imported before that world demolished somehow. Small facts like that might seem insignificant, but those are the details that, in my mind, really make worlds pop and keep my interest high.

I devoured this book. It is wildly different from Friedman’s other work, but that’s not a bad thing. In fact, I truly get a thrill out of authors who take a left turn and try something completely new and different. As far as I know, the Dreamwalker series is open ended (meaning, I have no idea how many books are going to be in it), but there are books being planned. This is more mature, more serious, and a bit darker than I’m used to young adult books being, but that’s also a huge reason why I loved it. No matter how different this is from the Coldfire Trilogy (and it is hugely different), it is still Friedman. She writes some incredible characters, and some very complex, nuanced plots with fantastic world building. It is all here. While this does feel a lot like the foundation book of a series, where Friedman is developing a lot and setting the stage for future books, that’s not all bad. She’s piqued my interest and I cannot wait to get my hands on more. This might be the first young adult book I’ve ever read that absolutely captivated me.

Dreamwalker is set to drop on February 4, 2014 by DAW. Keep your eyes peeled for it.