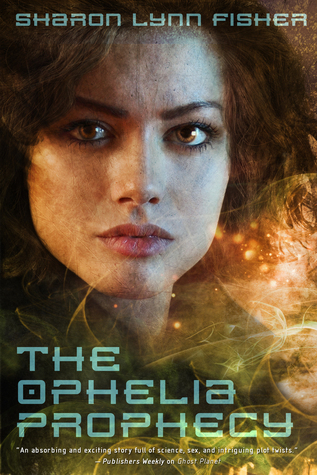 Our world is no longer our own. We engineered a race of superior fighters — the Manti, mutant humans with insect-like abilities. Twenty-five years ago they all but destroyed us. In Sanctuary, some of us survive. Eking out our existence. Clinging to the past.

Some of us intend to do more than survive.
* * *
Asha and Pax — strangers and enemies — find themselves stranded together on the border of the last human city, neither with a memory of how they got there.

Asha is an archivist working to preserve humanity’s most valuable resource — information — viewed as the only means of resurrecting their society.

Pax is Manti, his Scarab ship a menacing presence in the skies over Sanctuary, keeping the last dregs of humanity in check.

Neither of them is really what they seem, and what humanity believes about the Manti is a lie.

With their hearts and fates on a collision course, they must unlock each other’s secrets and forge a bond of trust before a rekindled conflict pushes their two races into repeating the mistakes of the past.

“Sarah, this book is a romance and you hate romance. What the hell? Are you sick?”

No, I’m not sick. Yes, this is a romance, and yes, I read this book and willingly did so. You see, I really enjoyed Fisher’s first book Ghost Planet. Yes, that was romance as well, but it was the first SciFi romance I ever read, and I liked it in a sort of interesting-and-different-flavored-popcorn sort of way. You know what? Everyone needs to eat some popcorn every now and again. When I hit my popcorn mood, I want my snack to be tasty and easy to eat.

The thing that Fisher really excels at is making a realistic and interesting futuristic, SciFi world, and keeping it easy enough for readers to understand and absorb with very little effort. That’s truly a skill, because science fiction can be so intimidating to so many people. The concepts and, well, science can easily be too much. The Ophelia Prophecy had plenty of SciFi in it – the ships they use to travel, the genetic modifications, much of the technology that is used in daily life by many. However, there are a lot of fantasy elements, too. The city that they end up at has a very fantasy feel to it. A lot of the politics are reminiscent of many secondary fantasy worlds I’ve read. The nice merging of all of this might make The Ophelia Prophecy a nice gateway into SciFi for those interested in giving the genre a shot.

Ash and Pax are both easy characters to like, Ash especially. She’s young and her ignorance has a rather charming quality to it. Pax is, unfortunately, rather stereotypical in this sort of world. While Ash is a human, Pax is a manti. Manti are a sort of insect hybrid species that humans genetically engineered who are now in control of the planet. Pax falls into the alpha male role. He’s powerful and has a long history behind him. That’s fine, despite all of that, I found myself really liking Pax even though he felt a little stale to me.

The book started kind of slow, but the plot built up pretty quickly and started moving very fast in almost no time. It’s easy to sit back and just enjoy the way things are unfolding. That’s a fantastic quality for a book like this to have. That being said, there are some plot elements that just felt too cliché for the incredibly unique world that Fisher created. For example, the alpha-male quality of Pax. While I know that many romance readers like the troubled but alpha male love story thing, I think Fisher could have jazzed him up a bit and made him just as unique as the world he inhabited. Furthermore, the memory loss thing, and the “ah ha” moment behind that important plot point, felt way too forced and convenient for me to believe. Furthermore, the ending felt very rushed, with elements of the story being tied up too neatly, too quickly.

Yes, all of this did impact my level of enjoyment.

But all of that aside, The Ophelia Prophecy still maintained a level of fun that I really needed when I picked it up. The romance is rather heartwarming, and despite my character qualms, I really was rooting for the couple. That’s weird, because typically I really don’t enjoy romance. The Ophelia Prophecy, and Ghost Planet, are both teaching me that it might not be romance I dislike, but how it is used in many of the books the romance is put in – if that makes any sense at all. Fisher makes it easy to sit back and just enjoy the romance that is unfolding. Coupled to the interesting character relationships is a futuristic world that I really want to know more about.

That might be my biggest complaint about this book, and it really is more of a compliment to the author. I really wanted to know more. I really wanted Fisher to immerse me in the world and the politics behind it more than she did. There seems to be so much more she could have showed the reader about the evolution of societies and the conflicts that have fueled the various situations they are now in. In truth, The Ophelia Prophecy felt like more of a short story in a much larger picture than anything else, and I sincerely hope that Fisher grows on it and takes her readers back to the world she’s created and evolves it even more.

So here’s where it sits. I have enjoyed both of Fisher’s books, and I will honestly probably read everything she puts out. Her books, so far, are the exact kind of high-quality-popcorn that I’m looking for when I need a mental vacation. I truly enjoy how she merges science fiction and fantasy into something unique and interesting, but mostly, I want more.