Yes, you read that right.

You can win them.

1. Open to United States and Canadian residents only.

2. One entry per person.

5. The winner will have 24 hours to respond to the email I send them. If I don’t hear back, I will select another winner. 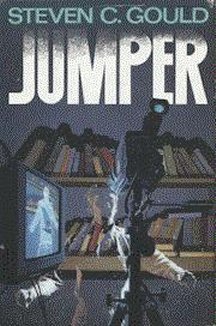 Deciding he’s finally had enough abuse from his drunken father and determined to get away-any way he can-Davy discovers he has the ability to teleport anywhere he wants. Fleeing to New York but desperately short of cash he “jumps” into a bank vault. While living the high life in the Big City on the stolen money and testing the limits of his power, Davey makes another startling discovery: the mother he thought had abandoned him.

But a new tragedy and a pledge to avenge the loss will plunge Davy into a dangerous and mysterious world of terrorists and government espionage. This time there may be no safe place for the Jumper. 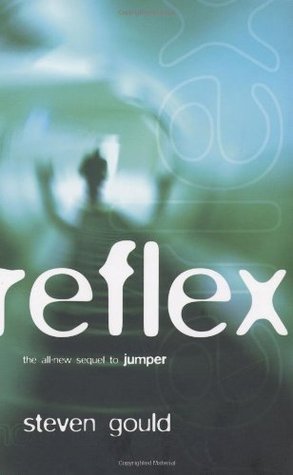 Davy has always been alone. He believes that he’s the only person in the world who can teleport. But what if he isn’t?

A mysterious group of people has taken Davy captive. They don’t want to hire him, and they don’t have any hope of appealing to him to help them. What they want is to own him. They want to use his abilities for their own purposes, whether Davy agrees to it or not. And so they set about brainwashing him and conditioning him. They have even found a way to keep a teleport captive.

But there’s one thing that they don’t know. No one knows it, not even Davy. And it might save his life…. 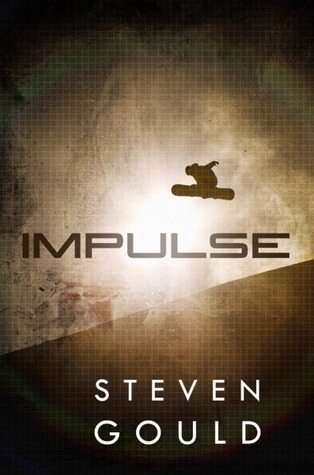 Steven Gould returns to the world of his classic novel Jumper in the thrilling sequel Impulse.

Cent has a secret. She lives in isolation, with her parents, hiding from the people who took her father captive and tortured him to gain control over his ability to teleport, and from the government agencies who want to use his talent. Cent has seen the world, but only from the safety of her parents’ arms. She’s teleported more than anyone on Earth, except for her mother and father, but she’s never been able to do it herself. Her life has never been in danger.

Until the day when she went snowboarding without permission and triggered an avalanche. When the snow and ice thundered down on her, she suddenly found herself in her own bedroom. That was the first time. 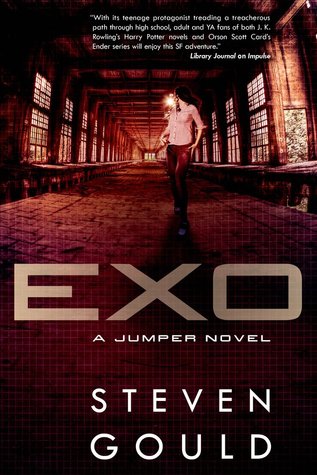 Cent can teleport. So can her parents, but they are the only people in the world who can. This is not as great as you might think it would be — sure, you can go shopping in Japan and then have tea in London, but it’s hard to keep a secret like that. And there are people, dangerous people, who work for governments and have guns, who want to make you do just this one thing for them. And when you’re a teenage girl things get even more complicated. High school. Boys. Global climate change, refugees, and genocide. Orbital mechanics.

But Cent isn’t easily daunted, and neither are Davy and Millie, her parents. She’s going to make some changes in the world.