Epic fantasy is what got me into the genre. This is where I started, but recently I’ve started to get really tired of the same-old-same-old. I’m getting kind of tired of kings and queens, civilizations based on England or France, and people who are trying to overthrow their brother’s kingdom. So, what are some fantastic epic fantasy books/series I’ve run across that are deliciously different? Here are some of my reading suggestions. I am going to stay away from mentioning books that you’ll probably expect to see here – Brandon Sanderson, and etc, for example. With that in mind, this is really just the tip of a wonderful iceberg. Speculative fiction is exciting because it is so diverse, and there is so much potential for new and different stories, worlds and magic systems.

This book blew my mind. Very, very different than the typical epic fantasy. Hurley’s world is complex and sprawling, and the conflict is just as complex and sprawling. It takes some time to get used to, but the payoff is huge. Hurley has truly written something incredible here. She challenges many of the typical genre tropes, including gender roles and so much more. This was an ambitious book, and that thrusts epic fantasy into a totally different realm, and really shows what the genre is capable of.

This series is set in a world that feels very Far East to me, with cultures that are as foreign to me as they are absolutely welcome. In fact, a lot of the culture reminds me a bit of Mongolia, complete with horse lords and all that. There are strong women, and strong men, and all sorts of different capable characters that make an already interesting plot that much more interesting. In traditional Bear style, things don’t always end up the way that you expect them to, but the journey is fantastic. However, it’s the setting, the foreign and strange, that brought me back into epic fantasy after spending quite a time being rather sick of it. 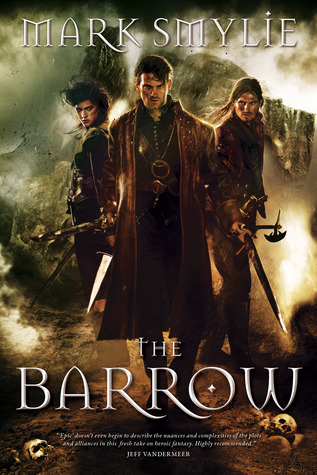 On the surface, The Barrow is your traditional epic quest. A group of ragtag heroes have to roam around a bit in search of one specific thing. What makes this book so different is the fact that it is for mature audiences only. Smylie doesn’t censor anything, and that might offend some, and put off others, but I actually welcomed it. There’s a lot of sexual context and plenty of violence, however it’s not really gratuitous. Instead, it makes the book feel shockingly real. Furthermore, the cast of characters are also atypical because they are all somewhat broken in different ways. This fragmented group manages to work together to make themselves, and each other, whole in ways that they weren’t when the book started. The Barrow absolutely surprised me, and is highly recommended to readers who don’t mind graphic content. 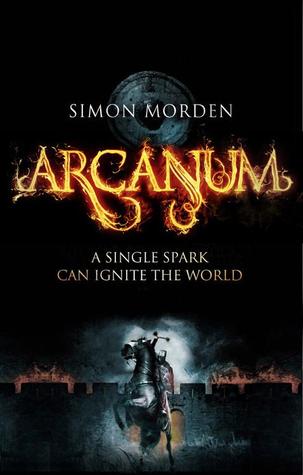 What happens when magic disappears in a land that relies upon magic? Insert quite a nice dollop of real world history into this mix and you have something completely interesting, and very unique. Morden flawlessly weaves in a lot of historical detail that made this epic fantasy interesting and real in some unexpected ways. Furthermore, Morden really puts a lot of effort into exploring, in depth, how the loss of magic would impact many different facets of society. This is one of those epic fantasy books that will leave you with plenty of heavy thoughts.

This is one of the most underrated epics that have been released in the past few years. This is sort of urban fantasy, as some of it takes place in our world, but most of it takes place in a sort of side world, an alternative dimension (maybe I’m understanding that wrong). This book is rooted in a lot of religious history, but not the kind of religion that will hit you over the head. It’s very nicely done, and incredibly epic in sprawl and scope. The characters are complex and real, and the book itself is full of emotional intensity and flawless writing. Epic? Yes. Different? Yes. Must read? Yes.

This is one of my absolute favorite series in the history of the universe, and K.J. Parker is one of my favorite authors in the entire world, bar none. K.J. Parker is a very different author, and this series reflects that. There’s a lot of philosophy, and a lot of traveling, personal and political conflict, and lots of tension. However, there is absolutely no magic, and I’d say there isn’t any religion either, but there might be in a few details and I’m just forgetting them. The thing is, this is an epic fantasy series that comes together like puzzle pieces. It’s absolutely genius, but it lacks all of those things that people look for in epic fantasy (magic, for example). The fact that it lacks these things is actually a benefit because it lets the readers focus on all the other things that Parker does so incredibly well. In fact, I don’t miss the magic at all, because all the other stuff is just… wow.

This is also one of my favorite trilogies. Freidman writes some of the most incredible characters, flawed and real and believable and absolutely fascinating. This series is sort of science fiction, with some fantasy feels to it (or fantasy with some science fiction feels to it, depending on how you interpret things). There is a nice history it is built on, and characters that shouldn’t work well together, but do. Furthermore, if you like antiheroes, then you really need to read Freidman’s books. I don’t know many authors that write an antihero better than her. There’s plenty of traveling, a magic system to it, and a ton of thought. This series shows why C.S. Freidman is such a formidable author, and it also shows just how wonderful epic fantasy can be when it’s not locked into certain tropes and roles.