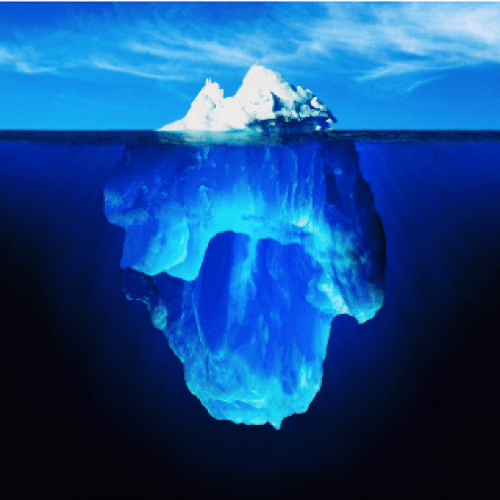 The fantasy iceberg is world, history, character. The greatest proponent of it is JRR Tolkien. He gave us a one fat book (in three volumes) that over three hundred million of us lost ourselves in. Middle-earth felt big, it felt old, the characters felt as if they extended beyond the pages, had lives before we met them, personal histories that fit intimately and intricately into the world and mattered to both.

With Tolkien we know that this wasn’t ‘mere’ illusion. There genuinely was a huge world with a history stretching back across the eons. He knew the lineage of the characters in Lord of the Rings. He knew what their great grandfathers were up to, he knew where the monsters came from and why, he knew who forged which sword and when, he knew the grammar of the languages we glimpsed in snatches, he knew the alphabets of their script… The man had enough of the world set down in notes and letters for his son to publish a whole other fat book that he hadn’t intended to see the light of day – as with the iceberg it was the hidden bulk, lying beneath the surface and anchoring what we saw.

Undoubtedly in the hands of a great writer such a wealth of hidden detail adds value – it’s an extra reality in which the story and characters are bedded, ensuring consistency, adding richness in the glimpses we see of it. 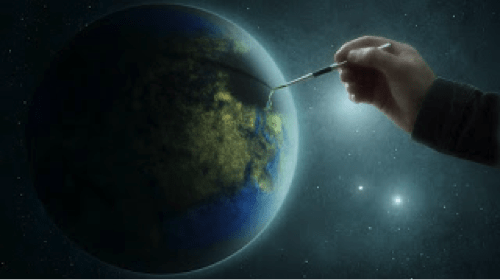 If your book is your life’s work, your obsession, you can afford to do this. Be warned though – doing it doesn’t assure you of a great book. A well told tale requires far more than this. You can know the genetic code of every character and still produce an unreadable mess.

The closest I’ve seen someone come to Tolkien’s iceberginess is George RR Martin (though I’ve been told that the world building in Jordan’s epic The Wheel of Time series, and in Erikson’s Malazan are also impressive in scale).

Martin’s A Song of Ice and Fire is haunted old feuds, family history, folk tales, departed friends, departed races, legends, and faiths that stretch back through the years. There’s never a sense that you’ve arrived at the beginning of a play and the lights are dimming as you take your seat – no – you’ve been dropped into a stream that was flowing long before you arrived and will continue its journey long after it’s spat you out again. Even people who feel as if they have no real bearing on the story still have their own history, ancestors, feuds etc, providing motivation and depth, sometimes overwriting the smooth progress of the tale you think you’re following and annoyingly (realistically) derailing you onto some unexpected course.

But … is the rest of the iceberg there? Does it need to be?

Perhaps GRRM takes 5 years to write his books because for each of them there’s an unseen bulk of background material, floating there in the depths. Maybe one day there will be a ‘Game of Thrones’ Silmarillion. Or perhaps there’s just a scaffold, a skeletal support propping up the edifice, just as when you step behind the stage sets for the TV series there’s a mess of struts, plywood, paint tins, and four Irish workmen sitting down to a pot of tea. 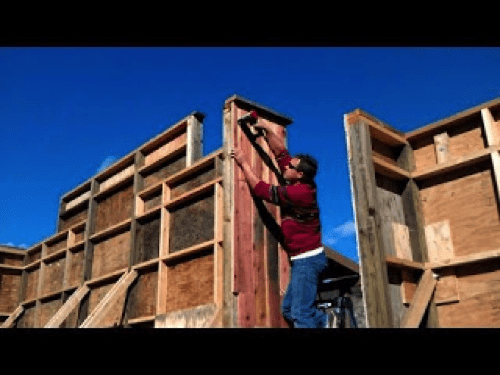 The important question is really – does it matter if the rest of the iceberg’s down there? I would suggest the answer is ‘no’. We want to feel as if it’s there, but if the writer has the skill to give the impression of all that hidden detail … it’s fine with me if it’s not really there.

After all, many writers, myself included, produce a book a year. I’m often asked detailed questions about the Broken Empire – to which I answer: if it’s not in the book there’s no answer. I haven’t filled in the countries on the map that weren’t visited in the story. I don’t know who ruled in this or that city before the current incumbent. I don’t know what happened in this or that century. When it’s important to the story I invent it. I work to create the illusion that a past exists (at least to the extent that it impinges on my young and focused protagonist). I work to create the illusion of other cultures, other agendas, other interests. I scatter lines that hint of folklore, tradition, and history. But I don’t have notebooks full of the detail from which these snippets were harvested. I don’t have the time and I don’t work that way. I’m not creating a fully functioning world – I’m creating a story and the world is its support. My job is to make you believe its all there and if you swing your flashlight in the darkened room that is my book you will see something new. The truth is that if you swung your flashlight I would be busy painting the new stuff just moments before the light reached it.

I maintain that this is how the great majority of fantasy is, and that it is no bad thing.

There. I’ve said it. And the truth is that you probably didn’t want to hear it. Just like most of us don’t really want to know how the magician does his magic. When they show you how the lady is cut in half … it’s a bit of a let down. Better not to know. So let’s pretend this blog never happened. Get back to your reading and enjoy!