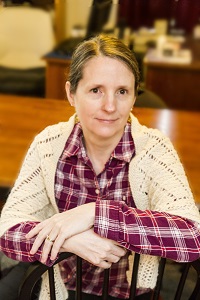 Award-winning author Christie Meierz writes space opera and science fiction romance set in a civilization of empaths on the edge of a dystopic Earth empire. Her published works include her bestselling debut novel, The Marann, its sequels, and two prequel short stories published in Into Tolari Space ~ The First Contact Stories. Her forthcoming novel, Farryn’s War, will come out on September 22, 2015.

Christie has spent a night and/or eaten a meal in all 50 U.S. states, plus Puerto Rico and the U.S. Virgin Islands. Currently, she lives in Pittsburgh, Pennsylvania with her mathematician husband and an assortment of stuffies. When she’s not writing, she writes about writing on her blog, Meierz Musings, and Facebook and this page,where she welcomes comments and friend requests, Google + page, and Twitter.

You can read more about her book, Farryn’s War here.

When I was 23 years old, my older brother’s motorcycle slipped on a wet road while his ship was docked in Charleston, SC. It wasn’t going very fast; the buddy riding with him slid off the back and bruised his butt. My brother tried to stay with the bike and got flung headlong into a concrete embankment. Were it not for his helmet, the best he could afford on his Navy pay, he would have been killed instantly. 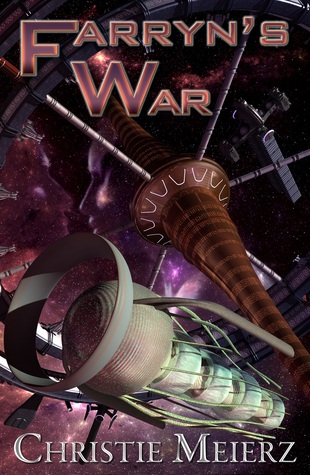 As it was, he sustained a pretty severe closed head injury. He was in a coma for three weeks, and when he woke up, well, he was never the same. It was like he was fifteen years old again. All teenager, all the time, in an adult male body. Poor judgment. Poor impulse control. Thankfully not too moody. Eventually, he came to live with me, and I got to see at close hand the effect of brain trauma and amnesia. He never forgot who he was. He never forgot who I was, or who our parents were. But he forgot most of his adult life, and much of his childhood, and did not remember the way he tormented me growing up, or that as children, set at odds by our father, we hated each other.

Thirty years later, I’m writing my third science fiction novel, and drawing on my own life experience to flesh out my characters, and I think, The amnesia trope is so seldom done right. What if I tried it?

It didn’t daunt me too much, though perhaps it should have. I am not a doctor, nor do I play one on TV, and I was giving a serious brain injury to a character I love—Laura Johnson Howard. Stranded on Tolar by a plot of Earth’s government, and physically about 25 at the time of the story, she started out in the previous book as a 60-year-old woman, rejuvenated by an almost magical substance called the Jorann’s blessing. That complicated matters, because the blessing not only rejuvenates, it transforms any unmodified human who takes it into a Tolari empath. It does this slowly, however, taking years to complete, and at the time of the injury, she was only about 8 months into the process. Her brain was still transforming.

I used that to give her back some memories, returning them in the form of flashbacks as the transformation healed connections. Meanwhile, her life became almost unbearable, because, like my brother, she had forgotten her adulthood, but unlike my brother, she had become involved in a permanent love relationship—with a man she could no longer remember. Laura at first can’t even understand what she’s doing on a planet, after spending her life aboard Earth Fleet command carriers, or why she knows what this strange man feels. Her former warmth and wisdom have vanished, and she’s impulsive and moody.

Insert a huge political upheaval, with an impaired heroine, a confused hero, and well-meaning but misguided friends. That was the point at which I decided to make Laura one of the main POV characters, trying to incorporate what I had learned of my brother’s frustrations with his own misfiring brain. From everyone else’s point of view, she’s the problem, but from her point of view, no one wants her—they’re all waiting for her to return to a former, much-loved self that she can no longer remember.

That was a bit of a twist on how it fell out with my brother. In his case, he became a much nicer person than he was before (even if he was annoying as all hell because he’d lost the ability to tell when people were getting fed up with the jokes and the pranks). Laura will, eventually, settle down, but she’s snappier and always will be.

That’s a major change for her.

So that was my first foray into writing an impaired character. My fourth book has none, but it does set up one of its main characters to be challenged in its sequel, the elevator pitch for which goes something like this:

An empath with PTSD is a terrible thing.

It should be a very interesting—and illuminating—experience to write.