Guest Post | The Author Interview I’d Give Myself – Cindy Dees

Cindy Dees started flying airplanes while sitting in her dad’s lap at the age of three and got a pilot’s license before she got a driver’s license. At age fifteen, she dropped out of high school and left the horse farm in Michigan where she grew up to attend the University of Michigan.

After earning a degree in Russian and East European Studies, she joined the U.S. Air Force and became the youngest female pilot in its history. She flew supersonic jets, VIP airlift, and the C-5 Galaxy, one of the world’s largest cargo airplanes.

She also worked part-time gathering intelligence. During her military career, she traveled to forty-two countries on five continents, was detained by the KGB and East German secret police, got shot at, flew in the first Gulf War, met her husband, and amassed a lifetime’s worth of war stories. Cindy has turned many of her experiences into novels of military romance and suspense.

Winner of a Golden Heart and Holt Medallion for writing, Cindy is a two-time winner of the prestigious RITA Award for Romance Fiction, two-time winner of RT Book Review’s Best Harlequin Romantic Suspense Novel of the Year, is a Romantic Times Lifetime Career Achievement nominee, and a Waldenbooks best selling author.

Her 45th romance novel was recently published, and she’s looking forward to the release of her first epic fantasy novel with co-author, Bill Flippin, in 2015.

You can read more about the author on her webpage.
Buy The Sleeping King here.

Lots of people must ask how you and Bill wrote a book based on a live-action game, but what’s the rest of the story?

The obvious answer is that we described the characters the players created and wrote down what they’ve done. Beyond that, THE SLEEPING KING got written the same way any book gets written. Hundreds and hundreds of hours sitting at a desk typing, angsting, editing, and fretting. Indeed, that just describes the typing exercise of drafting a book, though.

The rest of the story, however…

Everyone knows a big challenge in writing epic fantasy is the world building. But, once the world is built, the bigger challenge is deciding what details of the world that should be included in the book to make the world feel real and textured. How little description is too little, and how much is too much? The correct answer to this is a matter of personal taste among readers, as well. Some will complain that there was too much detail that slows the pace of the story, and others will howl that things were hinted at but not spelled out. It’s a constant struggle to find the right balance.

Another challenge in writing our books has been the collaboration itself, particularly at long distance. We’ve had to set up online file sharing systems, mail maps back and forth, and spend countless hours on the phone. Both of us have families and Bill has another career to juggle, as well.

Do you two ever fight over where the books should go?

We rarely disagree about story points or where the series should go, for which I am immensely grateful. We also seem to have a fairly closely shared vision of the world, which is probably a big part of why we work together successfully and why we actually don’t argue. Every now and then we mutually get stuck on a plot point, but Bill is a genius at resolving pretty much any plot problem I throw at him. I’m commander-in-chief of character angst. Although I have to say Bill’s catching on to that aspect of character development REALLY fast and routinely makes great suggestions on how to torture the characters. 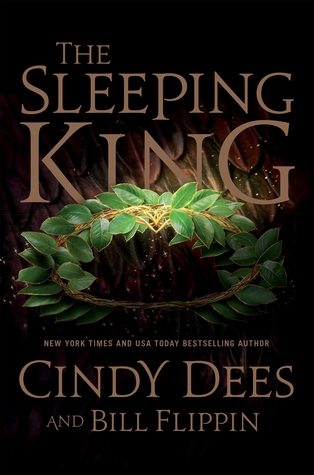 What has surprised you about writing epic fantasy?

I understand now why Robert Jordan’s Wheel of Time books are the way they are. I always felt he spent a lot of time rehashing information from the previous books in each successive one. But now, I get that a certain amount of that is necessary. Some readers will pick up a book mid-series and get lost without some explanation. And significant time may have passed since readers of the earlier books have read the previous story.

We plan to finish the current arc in a few more books and then jump to another place or time in the history of the Dragon Crest world. We’ll start with a whole new batch of world building and characters. That way, new readers can hear about the series and have a decent starting point without having to go back and read all of the earlier books to avoid being lost.

What didn’t you expect when you started writing about a live action game?

I was startled at how certain events translated into print. In the live game, they were funny, but when I wrote about them, they were incredibly dark. Example: one of the bad guys in the live game, Governor Anton Constantine, was accosted by a commoner wanting something. He wouldn’t get out of the governor’s way, so Anton cut him down, killing him. As he strolled away, he commented, “When that guy resurrects, fine him five gold for bleeding on my floor.” It cracked everyone up in the  live game, but written into a book, it was horrifying.

You say you’re writing an “old-school” epic fantasy. Why did you choose that?

Well, Self, we had several reasons. One is Bill and I both have children we’d like to be able to safely read our books. That meant we had to veer away from the current trend of intense violence and graphic sex in the fantasy market. Another is that we hope this series will stand up well over time. So much of commercial fiction today is fad based that it ultimately has a very short shelf life.

Why did you choose to go with a major publisher instead of self-publishing this series?

First, Tor has been a genuine joy to work with. I always figure authors say that because they’re scared their editors will find their blog post, but truly. Everyone at Tor has been awesome.

Second, I know everyone’s been all hyped up about self-publishing, and that traditional publishing has been getting quite a black eye recently. But our experience with Tor has been nothing but positive. Going with a major publisher has freed us up to think primarily about writing the books and running the live game. Tor designed the cover, wrote the back cover copy, built a marketing plan, publicized the book, printed it, distributed it to major book chains, got us reviews, and of course, edited THE SLEEPING KING. By the way, a traditional publisher puts a book through multiple edits by different people. The more eyeballs on a manuscript, the cleaner it ultimately comes out.

Bill and I didn’t have to worry about any of that stuff. They brought experts in each area to the project. Given how busy both of us are, turning over all the production to Tor has been a great choice. No regrets.

Any random thoughts about writing fantasy?

I wonder more often than I’d like to admit what J.R.R. Tolkien thought about when he was writing the Lord of The Rings cycle. I’ve read that he was trying to create an artificial system of mythology to prove to his students at Oxford that it could be done. I’ve also read that he wrote the stories to entertain his children. I can relate to both of those, now.

I wonder what he would have blogged about had the Internet existed when he was drafting the books. Would he have wondered if he was putting in too much of his made-up elven language, or would he have worried that he was spending too much time with Bilbo and Gollum running around in caves?

Would he have worried about the pacing, or how readers would react when he killed Boramir, or whether the language he chose would sound silly in a few years? I’d like to think he did, at least a little. I’d like to think that the experience of writing  epic fantasy is somewhat universal in the same way that reading it is.

What makes THE SLEEPING KING special?

All epic fantasy readers who pick up a book enter into an agreement with the author to lose themselves in a different world for a few hours, to imagine far-flung realms, to vicariously perform heroic feats with the characters, and to imagine themselves inside that world. The difference with our book over others is that the reader really can go inside the world. It actually exists. Readers can not only visit the world, they can become pat of it. Heck, they can end up in future books. I think that’s a pretty cool possibility, and I hope it makes the reading experience even more vivid and exciting.

Thanks for interviewing me, Self. We should do this again soon. And thanks to the gang at Bookworm Blues for letting me hang out here with them!