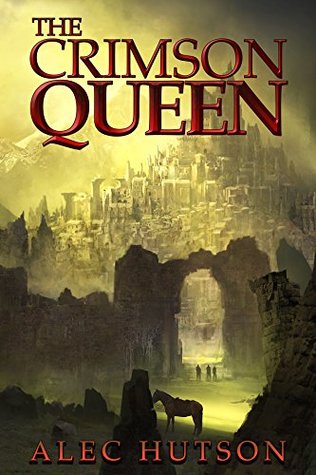 Long ago the world fell into twilight, when the great empires of old consumed each other in sorcerous cataclysms. In the south the Star Towers fell, swallowed by the sea, while the black glaciers descended upon the northern holdfasts, entombing the cities of Min-Ceruth in ice and sorcery. Then from the ancient empire of Menekar the paladins of Ama came, putting every surviving sorcerer to the sword and cleansing their taint from the land for the radiant glory of their lord.

The pulse of magic slowed, fading like the heartbeat of a dying man.

But after a thousand years it has begun to quicken again.

A young queen rises in the west, fanning the long-smoldering embers of magic into a blaze once more…

And the immortals who survived the ancient cataclysms bestir themselves, casting about for why the world is suddenly changing…

Wow, it’s been quite a year. I can’t believe it’s been over two months since I’ve had time to write a review. Here’s the thing, I’ve been editing. I’ve been up to my eyes in it, in fact, so I just haven’t had time. And when I haven’t been editing, I’ve been writing my own books and sending them off to my agent to torture him with. Poor guy.

Anyway, Alec Hutson, this kind soul, send me an audible credit for his book. The glory of audiobooks is, I listen to them all the time. When I’m doing all the things I do in my daily life that don’t require me to write or edit, I’m plugged into audiobooks. So, as a general rule, dear reader, if you don’t want to wait a generation for me to get through your book and to review it, if audiobooks are an option, that’s the one you want to peg me with.

So, The Crimson Queen.

This is one of the finalists in the SPFBO, and it was one that I was super excited to read/listen to. The audiobook is superbly done. The narrator does a great job at switching between voices without sounding ridiculous. The flow is perfect and there are no incredibly awkward pauses in the text. It was really, really easy for me to turn this audiobook on, and just roll with it for hours.

The Crimson Queen is epic fantasy of the classic Eddings, and Williams variety. There are basically a bunch of people trying to figure out what is going on, and trying to iron out which side of what conflict they are on. There is a lot going on here, a lot of high adventure, and a lot of personal growth as some of the perspectives come in the form of young adults.

The world building is lavish and very well done. I absolutely adored the sense of religion and tradition that was steeped into just about everything. I could really tell that Hutson put a lot of thought into not just his world, but why things were the way they were, and what happened in the past to bring these beliefs about. This was felt instantly from the get-go, as gods and magic, misunderstandings, tradition, and prejudice make an appearance early on, with a huge impact. Nothing is simple here. It all has historical precedence, which impacts personal lives, and makes the book all that much more interesting.

In its heart, this is a coming of age tale about a boy who grew up in a nothing-important fishing village with a mysterious power. Things start happening that are changing the status quo. Immortals are aging and a mysterious queen is rising up doing mysterious things and this boy is in the middle of all of it trying to figure out how he fits. Now, this is essentially a “chosen one” scenario, and yes, the “chosen one” thing is a trope, but hear me out here. Tropes aren’t always a bad thing. Tropes are tropes because they work, and when they are done right, they work really well and the fact that it’s a trope doesn’t matter.

In my humble opinion, dear reader, that’s where this book fits. Yes, it’s a chosen one tale about a boy coming out of nowhere with all sorts of special things about him, but damn if it didn’t captivate me. I loved the characters, but more importantly, I loved how they fit into this spellbinding world that Hutson has created. It worked, folks. It really, really worked.

The writing is wonderful. This book was edited quite well, and the author put a lot of attention to detail, word choice, flow and all that. This was not a book where the author said, “okay, so how can I say this thing that takes five words to say with about fifty instead?” No. Hutson makes each word matter, and this really impacted the book, as it made the whole thing feel a lot tighter and more professional to me.

If there was a drawback, it was the fact that sometimes I felt things were a bit uneven. Some scenes felt too long, some too short. Some predictability was thrown in for good measure, but those really are small potatoes. I enjoyed the hell out of this book, and I think it deserves to be noticed as a worthy title to put on high fantasy bookshelves.

So, bravo to Hutson for writing a book that was absolutely delightful to listen to, in just about every respect.