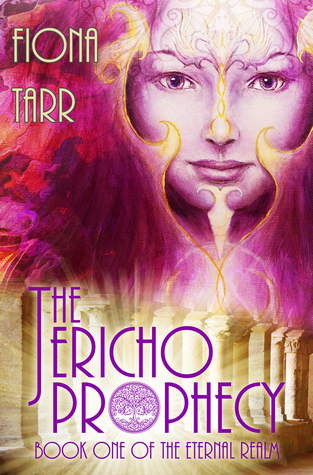 The battle for divine power rages within the Eternal Realm.

As the conflict escalates a prophecy is born that will set god against god amidst the mortal world below.
When the young priestess Rahab saves two foreigners from execution, she sets in motion a sequence of events that could see the death of everyone she knows and loves.

The future of humanity hangs in the balance as two bloodlines converge to battle over the city of Jericho. Now the Goddess Asherah must protect the prophecy and ensure both ancestral lines survive.

If either bloodline dies, the Host of Heaven will continue to battle for eternity.

This is an SPFBO book.

The Jericho Prophecy is one of those books you’ll enjoy reading if for the history alone. It is based on a story from the Bible, but things don’t really happen in the way readers expect it to. So, forewarning, if it bothers you when biblical stories stray from the biblical path, you might want to avoid this one. However, if a creative twist on well-known history is something that gets you going, then you will probably want to check this one out.

Now, this book tells the story of Rahab, a plucky barkeep in the city of Jericho. She’s a strong willed, single woman who knows how to take care of herself and those she cares about. She saves two men from the twelve lost tribes of Israel, and sets events in motion that you’ll follow for the remainder of the book.

The Jericho Prophecy has a bit of everything in here. There’s gods and goddesses, war, battles, bloodshed, prophecy, romance, strife, and so much more. There is a ton here, and a lot of ground that’s covered. Rahab, as a character, is established very quickly. It’s clear from page one that she’s a strong female who thinks for herself and isn’t afraid to stand against a tide of people who think differently than she does. This sort of sets the tone for the rest of the characters. It’s pretty easy to instantly peg who to root for, and who to root against, and why.

The action is nonstop. In a book like this, it has to be, just because there is so much covered. Now, like I’ve said before, things don’t happen in the way that you’d expect if you’re familiar with the bible story. The wall falls, but otherwise, there’s plenty that’s different here, while some of the details stay the same. For example, dietary restrictions are covered. Moses is mentioned. The Lost Tribes of Israel play a big part in this. However, mixed into this is a rife fantasy world full of gods and goddesses, and even a bit of magic.

Tarr excels at conversation and dialogue. She does a great job at keeping events flowing in this way, and makes discussions realistic and easy to follow. The downside of this was, parts of the book felt bogged down by too much discussion, which was paid for by not enough action. The other thing I mentioned (and maybe this is my editor brain showing) is some clunky prose outside of the conversations. There were a few times I thought, “Just a simple rewording of this sentence would make this entire paragraph flow feel more natural.”

This discussion/action imbalance I mentioned above is reflected by a bit of a wonky plot, pacing wise. Some events seemed to happen really, delightfully quickly, while others felt like they were brewing and being talked about for longer than necessary.

I’m also going to be that person who picks on relationships a little bit. There are a few here, some friendships, some romances and all that. The romance/relationship that brews up with Rahab is so quick it’s almost unbelievable. They meet, and then by (I think) 25% into the book they are discussion serious with each other, leaning toward marriage, and I just… I really struggle with that. I mean, there were reasons, and the speed is explained, but still. This strong-willed woman who has spent a lifetime taking care of herself in this relationship with a dude she basically just met so quickly really made me struggle with my suspension of disbelief.

So, there are issues in this book, but despite all of that, I really enjoyed the story being told. The writing was solid, and the characters were easy to understand. There’s a lot of emotional intensity here, and a story that doesn’t stop, with a historical foundation that will interest many people. Tarr has a truly creative take on biblical events that will appeal to religious and nonreligious alike. This book tells a broad story, a sort of divine clash, which boils down to a battle for power, as fought for by people who represent the ones they worship. It’s quite a story, and it’s told well, but I ultimately feel like 200 pages were just too short for the meaty tale being told.