Ah, it’s that time of year again… the time for lists. While I love reading these lists, I hate actually compiling them. It’s so hard for me to narrow things down to a few favorites.

So, best audiobooks of 2016, in no particular order.

What are some of your favorite audiobooks that you listened to this year? 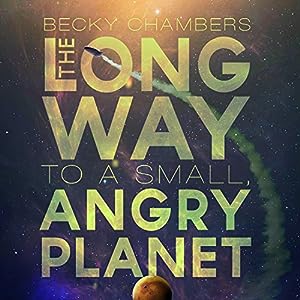 This book was one of the best books I read (erm… listened to) this year. Regardless of how you actually enjoy this book, you’re bound to love it. You really can’t go wrong here, and if you’d like you can search for my review and read up on how epic this book really was. Rachel Dulude was an absolutely superb narrator. She never really got too into the voices, but she managed to pull off everyone’s unique personalities just enough to drive who they were home. So, when you mix a nearly perfect book, with a nearly perfect narration, what do you get? A diamond that shines bright, and this book is exactly that. I honestly cannot recommend the audiobook highly enough. 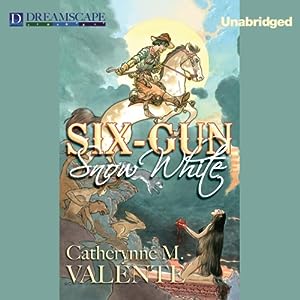 This made it onto my Best of list last year, and I think, if I remember correctly, it was my favorite book of the year. Well, I was moseying through my library’s audiobook site, and I saw that they had the copy of this one available. How could I say no? I really think this might be my favorite novella in the history of novellas, and I was kind of nervous to try out the audiobook version. If the narrator ruined a beautiful story, I’d have been upset. Thankfully, Julia Whelan took something that is beyond perfect, and just knocked it out of the park. She got the voice, the tone, the drawl, the atmosphere – everything… EVERYTHING was absolutely perfect. I listened to it twice, back to back, because I loved it that much. So take that for what it’s worth. 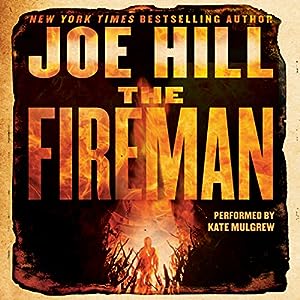 I really want Kate Mulgrew to narrate all the thoughts in my head. I do. Honestly. I just want her to dig her way into my brain and just read my mind to me constantly. She’d make my random musings of, “Huh, I wonder what Frodo would look like with cockroach feet?” actually sound interesting. The Fireman is a fantastic book, and Kate Mulgrew is one of the best narrators out there. I think she kind of struggled with the English accent, but that’s easy to forgive because… LISTEN TO HER. She made this book one of those rare experiences where I listened to the book as much for the story as to just hear her talk to me. 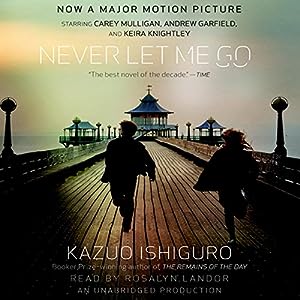 This was probably the best worst decision I’ve ever made. I randomly picked up this book because it seemed interesting. I had no idea it would leave me weeping in my office like a sap. I probably should have, but holy crap this book sucked me in, and Rosalyn Landor’s narration really just drove the whole thing home. I felt suckerpunched, and I spent the next two days after finishing it in some sort of daze. This book is hard. It’s hard to listen to. It makes you face emotions that you probably don’t want to face at work, but it was also one of the most worthwhile, fantastic, poignant books I’ve read (erm… listened to) this year, and Landor’s narration is a big, big reason why it worked so well. 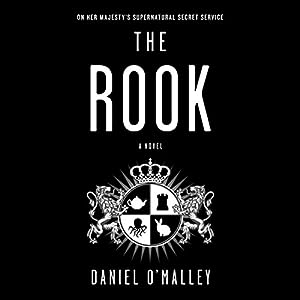 I freaking love this series so hard it hurts. It’s the right balance of thought provoking and funny, insightful but manages to not take itself too seriously. I listened to this book, and read the second one, and I’ll tell you that listening to the book was a better experience for me. Don’t get me wrong, however you get through this series is worth it, but Susan Duerden really has the right tone to pull this one off. So, the book is hilariously thoughtful, and the narrator managed to pull off the balance between hilarious and insightful flawlessly. Bravo. 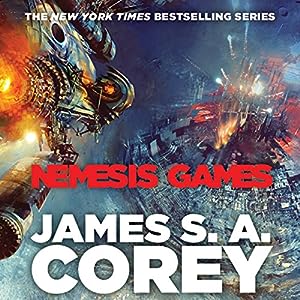 Okay, so this series is fantastic in any form, but I’m so enamored with its audiobook form that I honestly can’t read the actual books anymore. Jefferson Mays just rocks. He reads the books, his voice is easy to listen to, and he never gets too involved in making the voices sound too different, or acting too much. He just reads the book, and I can sit back and just enjoy. Nemesis Games was a fantastic addition to the series, and I really enjoyed its different path from the previous books to it. I read book four in this series, and I listened to this one, and honestly, just listening to the book made me feel like I was coming home. Jefferson Mays is one of the best narrators out there. Period. 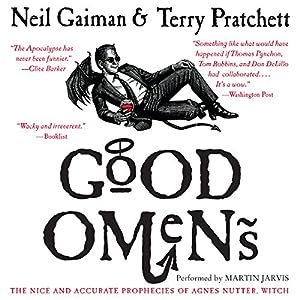 Seriously. Do I really need to say anything here? Just… yeah. EPIC. 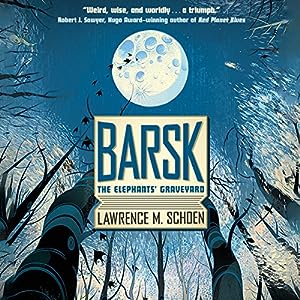 This was one of the most unique, interesting, heart wrenching books I listened to this year. Hertzler was a superb narrator. He has a really unique voice, and I thought it would take me a lot of time to adjust to it, but it really didn’t. I just sort of slipped into it, and before long I realized I couldn’t honestly picture enjoying this story any other way than with J.G. Hertzler reading it to me. The book is really one of the most unique, different, stunning things I’ve come across recently, and that, combined with Hertzler’s interesting voice slammed this one home for me. It wasn’t a book I read, it was a book I absorbed. I sort of took it into myself and it became part of me. 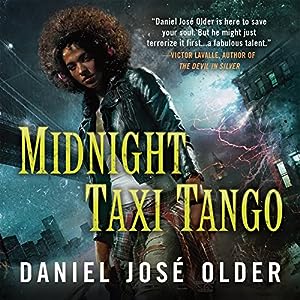 I always love it when an author narrates their own book. It really adds a special something-something to the work when I can hear how the author wants their own work read. Older has a voice that I just love, and this series is everything I love about urban fantasy. Added to that, Older is unapologetically diverse, and I love that. I love the breath of fresh air, and the color he brings to the genre. There’s nothing that I can really condemn about this series, or Daniel Jose Older reading it to me. It’s just what it is, and that’s more than enough for me. 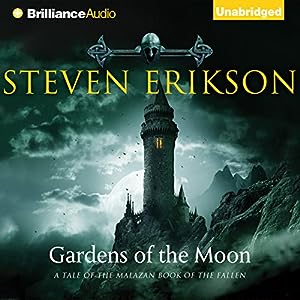 Malazan is one of the best series out there. I’ve read it about three times, and I will probably read it about a hundred more. This year I figured I’d shake things up a bit and listen to the series. I’m going slow, a book here, a book there, but it’s more because the experience of listening to the books is so different than reading them. I’m picking up on things that I never picked up on before, which makes me feel silly because I’ve read it so much, but it’s true. And seriously, you gotta really recognize Lister and his superb skills for being able to bring such a sprawling series, with so many numerous characters, to such blazing, memorable life for his readers. If you’re wondering if this series is better read or listened to, my answer is you can’t really go wrong either way, but I sure as hell enjoy the listen, and I’m surprised at how much I’ve picked up on that I haven’t caught before.