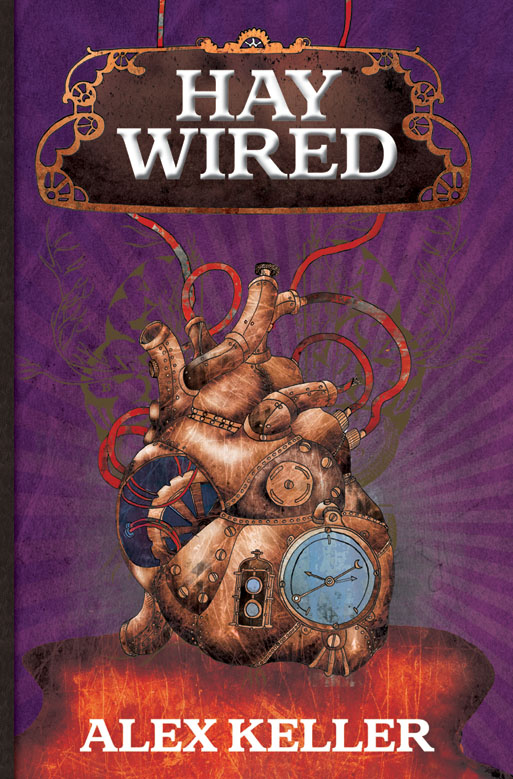 In the quiet village of Little Wainesford, Ludwig Von Guggenstein is about to have his unusual existence turned inside out. When he and his father are blamed for a fatal accident during the harvest, a monstrous family secret is revealed. Soon Ludwig will begin to uncover diabolical plans that span countries and generations while ghoulish machines hunt him down. He must fight for survival, in a world gone haywire.

I don’t really have a favourite. When I come up with characters, I like to construct their whole histories in my head. Even if I only give a character a few lines in the story itself, I know that I could potentially write an entire novel on their lives if I was pressed. This makes me feel much more endearing towards all of them (even Jack). I like the idea that characters lives exist outside the text, and the story we read is purely a report of these people’s lives at a particular moment in time. Once you close the page they haven’t gone away, you just aren’t reading about them any more.
Haywired is the first book in a trilogy. Do you have a release date for the next book(s) in the series?
I’m not sure it’s going to be a trilogy. Potentially it could go on for at least another three or four books if they are popular enough to continue, may be even more. The second book is due to be released in the UK in April 2011. I like the world and think there’s a lot I can do with it.
Do you have any future writing plans, projects or aspirations?
Lots. I’ve got some ideas for a few different books; the first of which I’d like to start properly once the sequel to Haywired is finished. I’d like to turn writing into a career so that means I have to produce. The aim is to write a book or two each year.
Many thanks to Alex Keller for taking the time to do this interview and be my “very first interview ever” experiment (and for tolerating my “computer hates me” issues).
Websites of note: