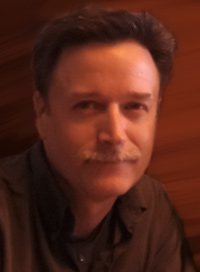 Thisweek it was made known to me that Michael Sullivan, the author of Riyria Revelations, was doing a question-answer session on Goodreads (from July 15-17). I decided that Icouldn’t pass up this opportunity to ask him a question, and then share withthe world (via my blog) his answer and maybe help him get some attention forhis series.
Sullivanhas already gained a lot of attention for his Riyria Revelations series. Riyria Revelations is aseries of six, fairly stand alone (yet interlocking) books which are highlyentertaining, adventurous and ambitious. Riyria, in my mind, proves that books don’t needto be a thousand pages long to have the epic feel to them that so many of uslove. More recently Sullivan has gained even more attention because he wassigned on with Orbit. Orbit will release the Riyria books in an omnibus set of three in November, December (2011) and January (2012).
Iusually don’t do author interviews, mostly because I’m self-conscious about myinterviewing skills. However, if I see an author question-answer session, likethe one I saw this week, I try to pay attention to them and participate. Thiswas no different. While I haven’t read all of Sullivan’s series, I admire himas an author, pay attention to his work, and couldn’t let the opportunity to harangue him with a questionpass me by. Even though it’s just one question, and just one answer, I enjoy thebackground it gave me as to the world building of this series, and I figuredthat you, dear reader, might too.
Withoutfurther ado, here’s my question:
I love reading fantasy and science fiction for anumber of reasons, but one of the primary ones is because I always find myselffascinated by everything the author has to create in these genres. Usually inspeculative fiction the author needs to create a world and fill it with uniquecultures and natural laws and everything else that those come with. It’s quitea mind-boggling task, in my eyes. Not only that, but from book to book it allhas to remain fluid and cohesive.

It seems like every author has a different way to go about creating on thismassive scale. How did you go about creating your world? Were you one of thelucky ones where it just happened, or did you have to spend months and monthswith a pen and paper making sure it all fit together nicely? Did you use”real world” influences to help you when you were creating the worldfor your series?

Andhere’s his answer:
When I was in 6th grade my favorite assignment waswhen my homeroom teacher gave us a blank paper and asked us to draw the map ofan island, then create a history for it and the people living there.
When I graduated high school I didn’t have money for college. I had a smallscholarship to an art school which ran out in a year, so instead I went to usedbookstores and began reading the classics and would buy history text books. Itwas while reading the history of western civilization that I createdElan.
I would stumble upon surprising things that happened like Star Chambers and theInquisition and think, these would be great in a fantasy story. I sort ofcherry picked all the things I liked even if they were from different times orregions, which is why you have knights jousting, but also sailing ships andpowdered wigs.
So just for fun, not to write a book, just like I did in grade school, Icreated a map and populated it with peoples and created 8000 years of history.I never used it. Then two decades later when I was starting to write Riyria, Idug that world out of my files and it became the basis of Elan. I had to changea lot, but quite a bit remained the same.

Generally speaking however, Elan is loosely based on Europe a thousand yearsafter the fall of the great empire (Rome) and Glenmorgan was based onCharlemagne. There’s a lot of other things in there, too.

It’s funny because I wrote in the Invented World Fantasy genre in order to makethings easy on myself thinking I wouldn’t have to do any research, or factcheck. But I’m finding that now, with the Internet, writing contemporary realworld based fiction is so much easier. All the work is done for you, and youdon’t have to explain the simplest of things.


For those of you on Goodreads (link in the first paragraph), I recommend going over there and chatting Sullivan up. He’s answering a ton of different questions about his books, his adventures with publishing, his background and much more. It’s worth taking a gander at his answers, and asking a few questions of your own.