This is a review of a trilogy. You can click on the cover images for the Goodreads page for each book. 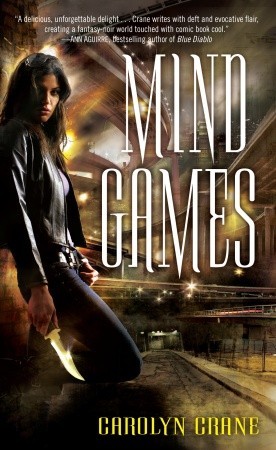 I mentioned a few reviews ago that cancer treatment has switched up my reading preferences a bit. While I’m starting to get back into epic fantasy and science fiction again, for a while there all I wanted to read was urban fantasy. I needed a mental vacation and “fluff” books seemed to be the best way to get that. The thing is, I usually can’t stand books like this, but my intense desire to take a mental break from thinking about things like mortality has given me a new appreciation for urban fantasy.

Carolyn Crane’s Disillusionist Trilogy was the perfect urban fantasy fodder for me. While there are some typical urban fantasy notes in there (the quippy heroine, the hunk and mysterious guy, romance, etc.), Crane keeps things fresh and incredibly unique. Her characters aren’t perfect (something I rant about with urban fantasy frequently). In fact, they are far from it. The protagonist, Justine, and the secondary characters are so important to the plot purely because of their flaws. For example, Justine is a hypochondriac. Now, when was the last time you read a book with a hypochondriac protagonist? Never? That’s what I thought.

The Disillusionist Trilogy is incredibly psychological and Crane’s use of various psychological issues in her main cast was incredibly brave. I can’t imagine the amount of research she must have had to do to pull all her characters off believably, and insert an interesting magic system that utilized their various issues in some pretty creative ways. The magic system and Crane’s use of psychology as a tool was very well done and attention grabbing. One of the nice things about it was that Crane kept it fairly simple. The magic system was created and developed in the first book and really didn’t change or expand through books two or three. This kept it easy to understand and keep track of as the plot gained a bit of complexity and became more emotionally charged.

Mind Games, the first book in the trilogy, has a distinct first book feel about it. This is where Crane spends much of her time developing the world, the magic system, the various characters and sides of the issue(s) and so forth. Some readers might find that this book has a little bit of a slow start, but others (like myself) might enjoy the world building and all the unique elements Crane brings into existence. The plot takes off about 1/4th into the book and things really start going, though it doesn’t really feel like it has a distinct direction until about the halfway point.

Mind Games, like all of the other books in this series, deals with a love triangle. Romance is usually a point of contention for me, and while it’s not really that shocking to see how the romantic elements will end up at the end of the series, Crane keeps things pretty mature. There isn’t any real oppressive jealousy involved, or hulking men who glower and glare, hide in shadows and control. Crane brings her unique brand of psychology into the romance as well, and that’s probably the redeeming factor that made all of the love interests and weird love triangles palatable for me. They were believable, and they had a real world feel to them that most urban fantasy books just don’t contain. Furthermore, while romance is always present in the plot, it doesn’t overpower the events that take place, but smoothly runs alongside and balances things out nicely. 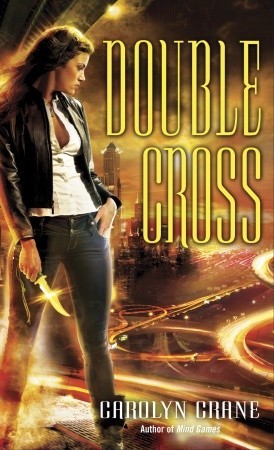 If Mind Games is where Crane sets up her world, Double Cross is where she hits her stride. The world has been built and Crane can really take her time to enjoy the plot and really flesh out her characters. Usually the second book in a trilogy suffers a bit, but this one doesn’t. Characters evolve and develop. Crane turns flaws into impressive strengths and the twist at the end rather surprised me and added a nice tragic note to everything. Double Cross is where Crane stretches her wings and sees just what she’s capable of, and it’s quite impressive. It’s a fast paced book that is sure to absorb readers.

This is also where some of the characterization issues shine a bit brighter. Many authors seem to have a hard time making their “good” and “evil” forces seem as realistic as some of the other characters in the book. Crane is no different. While Otto and Packard are incredibly enjoyable characters, in Double Cross they both suffer from a bit of the “perfect man” syndrome. This is probably due to how Justine views them, and the fact that this story is told through her viewpoint, but that doesn’t change the fact that both men are a bit too perfect, too all-seeing to be fully believed. Furthermore, Otto attains a mayoral status that makes him seem like he fits better in Gotham City than Justine’s hometown. While this didn’t affect my overall enjoyment of the novel, it really starts showing in Double Cross and is still present in Head Rush. 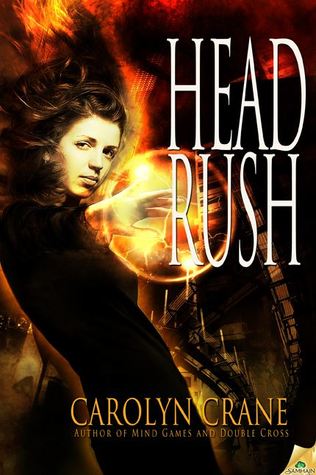 Head Rush is a perfect finale for the Disillusionist Trilogy. The thing about Head Rush is that readers won’t read it to be surprised. You know how it’s going to end; you just don’t know the details. Crane makes those details fun, and keeps Head Rush rather short and sweet, which is perfect for the series as a whole. In fact, Crane seems to know exactly how long each book should be and she never overstays her welcome. She could have easily made this book longer than it is, but she seemed to know that dragging out events would make readers more exhausted with the book than they need to be. Things move fast, and the period of time covered is short. While the ending is no big surprise, it’s still tragic and sweet all rolled into one. The emotions are high and Crane keeps them surprisingly intense, while never losing her focus on the overarching themes.

The thing that surprised me the most about this trilogy was how much fun I had reading it. While there are some typical urban fantasy things here, Crane kept them fresh and new with her unique brand of psychology and her fascinating magic system. I expected to have fun while I read this series, which is exactly what I needed after cancer. What I didn’t expect was to feel like I was leaving behind a friend after I turned the last page in Head Rush. That’s a real accomplishment for Crane. Not only has she written a series with a strong female protagonist who is just as messed up as anyone else (and thus, incredibly believable), but she’s managed to write a series that is unique enough to stand on its own merit in a genre that is flooded with the same-old-same-old. Crane is an author I will be sure to watch.