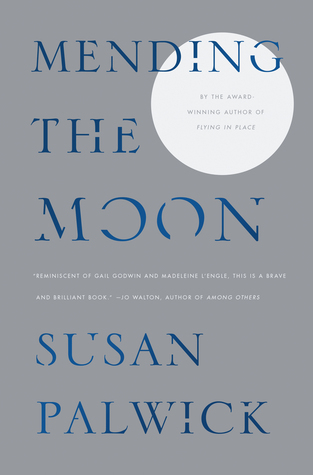 Back in her hometown of Reno, Nevada, she leaves behind her adopted son, Jeremy, whom she rescued from war-torn Guatamala when he was a toddler—just one of her many causes over the years. And she leaves behind a circle of friends: Veronique, the academic stuck in a teaching job from which she can’t retire; Rosemary, who’s losing her husband to Alzheimer’s and who’s trying to lose herself in volunteer work; Henrietta, the priest at Rosemary’s and Melinda’s church.

Jeremy already had a fraught relationship with his charismatic mother and the people in her orbit. Now her death is tearing him apart, and he can barely stand the rituals of remembrance that ensue among his mother’s friends. Then the police reveal who killed Melinda: a Seattle teenager who flew home to his parents and drowned himself just days later.

It’s too much. Jeremy’s not the only one who can’t deal. Friendships fray. But the unexpected happens: an invitation to them all, from the murderer’s mother, to come to Seattle for his memorial. It’s ridiculous. And yet, somehow, each of them begins to see in it a chance to heal. Aided, in peculiar ways, by Jeremy’s years-long obsession with the comic-book hero Comrade Cosmos, and the immense cult of online commentary it’s spawned.

Shot through with feeling and inventiveness, this is a novel of the odd paths that lead to home

You can purchase a copy of this book by clicking on the following links: Mending the Moon

Mending the Moon wowed me on first glance because of the cover alone. It’s simple, somber and artistic. It automatically drew me. It wasn’t busy, but instead it has an atmosphere about it that sets the stage for the atmosphere of the book itself. As cover art goes, this one is a slam-dunk. Busy isn’t always better, and Mending the Moon proves that with its attractive simplicity.

Mending the Moon isn’t what you expect. In fact, when you first start reading this book you might wonder why Tor published it. It takes a while to realize if there’s any SFF elements in the book at all, and the elements that are there are rather subtle and toe the SFF line. This is actually rather a benefit for the book itself, as I’d have no problem lending it to my mother (who struggles with SFF and anything to do with it) and I know she’d read it and enjoy it. Sometimes books that toe the genre lines are good for that. It allows books like Mending the Moon to appeal to a wider, more varied audience.

Mending the Moon is a somber story dealing with murder, suicide and the effects both acts have on all parties involved. It’s not a happy tale. There is a somewhat golden, hopeful ending, but it’s after a long emotional struggle. The book itself is written in a truly interesting way. First the reader is introduced to one character and his family and friends. Then the reader is introduced to another character and her family. Then, suddenly, there’s a chapter about a bunch of computer science majors who created a superhero comic book-verse. The chapters continue in this vein, and it might take a little while for the reader to understand that the comic book chapters aren’t just thrown in for the hell of it, but they are thrown in to mirror the real-life stories that are tearing two families apart. These comic book chapters are a genius way for readers to connect with a very raw storyline in a way that might not emotionally overtax you.

The interesting thing about Mending the Moon is that everyone, on the surface, is falling apart. Relationships fray, even before the murder, relationships and friendships aren’t what they could be. Then the murder/suicide happens and things get even more tense and frayed. These are real life situations that are usually so hard and uncomfortable to talk about, people usually don’t do so. It takes a brave author not only to talk about relationships in the face of life altering circumstances, but talk about them so candidly, honestly and believably and with such incredible kindness. Hats off to Susan Palwick for braving territory many people (including myself) would be far to afraid to venture into.

Mending the Moon is told on a number of levels. There’s the human level where readers will associate with the characters – the son, wives and friends. Then there’s the academic level, where almost every character is somehow tied to education somehow and it shows in the plot. The plot is smart, and while the story the that surrounds the characters is interesting, it’s truly a plot that has quite a bit of depth and symbolism, from an evergreen tree given to Jeremy at his mother’s service, to Veronique, a professor looking to retire and the books she has her students read. Every part of this story is put there for a reason, and that, coupled with the interesting comic book aspect really makes this book shine.

When it’s said and done, Mending the Moon isn’t a book you read when you want to laugh and have an easy mental vacation. This is a book that makes you think about family and relationships and exactly how these two things work together to create our own little realities. Mending the Moon is a story told on multiple levels. It’s deep, somber, raw and incredibly emotional. This is one of those books that sticks with you long after you finish reading it, and it’ll have you analyzing the people in your life and what they mean to you. This is a story about bonds of family and friendship, and even a bit of hope in a hopeless situation. Plus, it’s light on the fantasy, which makes it appeal to a wider audience. Basically, Mending the Moon isn’t what you’d expect, and despite that (or perhaps because of it) it’s one of the most emotionally charged, unique and well written books I’ve read in a while.