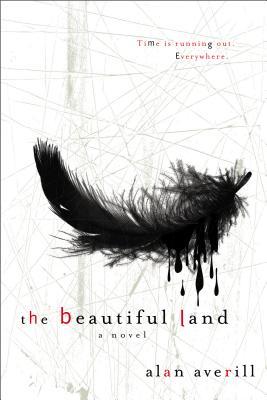 working for the Axon Corporation as an explorer of parallel timelines—as many and as varied as anyone could imagine. A great gig—until information he brought back gave Axon the means to maximize profits by changing the past, present, and future of this world.

If Axon succeeds, Tak will lose Samira Moheb, the woman he has loved since high school—because her future will cease to exist. A veteran of the Iraq War suffering from post-traumatic stress disorder, Samira can barely function in her everyday life, much less deal with Tak’s ravings of multiple realities. The only way to save her is for Tak to use the time travel device he “borrowed” to transport them both to an alternate timeline.

But what neither Tak nor Axon knows is that the actual inventor of the device is searching for a timeline called the Beautiful Land—and he intends to destroy every other possible present and future to find it.

The switch is thrown, and reality begins to warp—horribly. And Tak realizes that to save Sam, he must save the entire world

You can purchase a copy of this book by clicking on the following links: The Beautiful Land

The author of The Beautiful Land, Alan Averill, won the breakthrough novel award and as soon as you start reading this book, it’ll be obvious why. Averill can write. He writes in such a tight, descriptive and lyrical way that you might not even notice the tropes the book falls into occasionally – or if you do, his writing might help you enjoy said tropes.

The Beautiful Land is peppered with characters that are both incredibly well-rounded (Samira, an Iranian suffering from severe PTSD from her time in the army) and Tak, who somehow manages to be well-rounded in a more mysterious, back burner way. Tak himself didn’t get the limelight that Samira got, but despite that, he’s still an incredibly absorbing character that adds a level of humor and energy to the book that it needed.

Tak tracks down Samira and it becomes obvious that they have one of those true loves that spans the years and isn’t the least bit cheesy or unbelievable. In fact, it’s the kind of love that doesn’t enter books often enough. Tak is willing to give up everything to give Samira a chance to live, and Samira follows him, despite her PTSD because, well, how can she not? Their love story really was rather heartwarming, and ended up being bittersweet in the end.

Perhaps the biggest problem with The Beautiful Land is that it is a bit too convenient and a bit too predictable at parts. Once the superevil corporation does what they set out to do, it turns out that the mad scientist jimmy rigged it all so nothing is the way it should be (which was no surprise at all). Furthermore, a few issues come to play that help character get out of tight spots (or get into them) in truly convenient ways. For example, there was another secret briefcase made that makes travel into parallel timelines more permanent, but there was basically no protection for it (just looking for trouble, eh?). That’s just one example of many, but issues like that pepper the book and help characters either solve problems, or create problems a bit too easily.

The least fleshed out characters are the two that take center stage for the superevil corporation – the genius scientist Yates and his assistant, Judith. The problem with Yates isn’t just his fairly colorless appearance in the book, but he almost turns into the guy who is so “bad” that he’s unbelievable and clichés like that in books as well written as this drive me crazy. Judith, however, just isn’t very well rounded. Is she good or evil? You never really know. She could fit a little in either hole, which makes her more interesting. That being said, there isn’t much to her – I had the feeling every time she was introduce to the plot that a strong puff of wind would blow her away and she wouldn’t really be missed. She was inserted for one or two specific reasons, and beyond that she doesn’t really matter.

So where does that leave me with The Beautiful Land? I absolutely loved Averill’s writing style which is tight, flowing and fairly lyrical. His prose can’t help but absorb you into the plot. Tak and Samira are very well rounded characters, each tragic in their own way, but you can’t help but love them. The plot is interesting, absorbing and nicely paced. However, all of that is balanced by a few too-convenient plot points, two dimensional characters, and antagonists (both people and corporations) that are so far into the “antagonist” category they lacked believability.

After all that is said and picked over, the simple truth of the matter is that you don’t really read this book for the fantastic plot or the thought provoking nature of (whatever). You read this book because the author has a hell of an ability to write, and you love the two main protagonists. This is a character driven novel, and based on that and his protagonists, Averill hit the nail on the head with his first foray into speculative fiction.