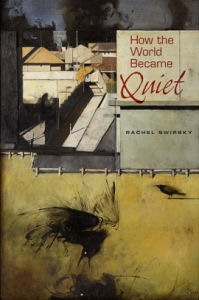 After a powerful sorceress is murdered, she’s summoned over the centuries to witness devastating changes to the land where she was born. A woman who lives by scavenging corpses in the Japanese suicide forest is haunted by her dead lover. A man searches for the memory that will overwrite his childhood abuse. Helios is left at the altar. The world is made quiet by a series of apocalypses.

From the riveting emotion and politics of ‘The Lady Who Plucked Red Flowers beneath the Queen’s Window’ (Nebula winner) to the melancholy family saga of ‘Eros, Philia, Agape’ (Hugo and Theodore Sturgeon finalist), Rachel Swirsky’s critically acclaimed stories have quickly made her one of the field’s rising stars. Her work is, by turns, clever and engaging, unflinching and quietly devastating–often in the space of the same story.

How the World Became Quiet: Myths of the Past, Present, and Future collects the body of Swirsky’s short fiction to date for the first time. While these stories envision pasts, presents, and futures that never existed, they offer revealing examinations of humanity that readers will find undeniably true.
— 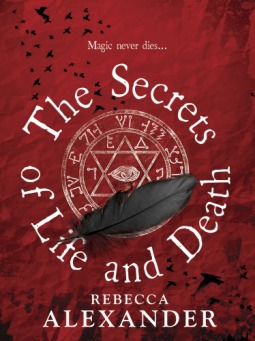 The Secrets of Life and Death – Rebecca Alexander

Summoned by the King of Poland to help save his dying niece, Edward Kelley and his master, alchemist and scholar Dr John Dee, discover a dark secret at the heart of The Countess Bathory’s malady.

But perhaps the cure will prove more terrifying than the alternative…

Jackdaw Hammond lives in the shadows, a practitioner and purveyor of occult materials. But when she learns of a young woman found dead on a train, her body covered in arcane symbols, there’s no escaping the attention of police consultant Felix Guichard.

Together they must solve a mystery centuries in the making, or die trying. 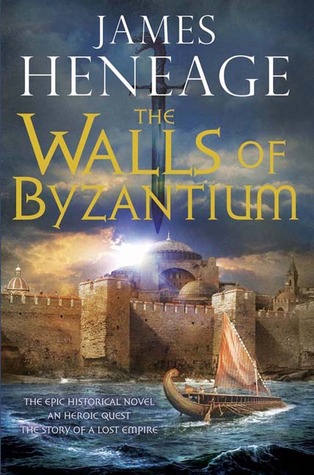 Book 1 in The Mistra Chronicles

Set in the last decade of the fourteenth century, WALLS OF BYZANTIUM, opens as the Ottoman Turk, Sultan Bayezid, prepares his final assault on the Byzantine Empire. Only the little Despotate of Mistra in the Greek Peleponnese stands between him and his ultimate prize – Constantinople.

Four young people are drawn into this turbulent world. Anna Laskaris is the feisty daughter of the most noble family in Mistra. She has been betrothed in a political alliance to Damian Mamonas, but loves another: Luke Margoris, a Varangian guardsman whose ancestors, centuries before, hid a secret which has the power to unite the Christian world in its hour of need. Damian’s twin sister, Zoe, who is as cunning as she is beautiful, denied the Mamonas inheritance which she feels is hers, also sets out to find the Varangian treasure with, or without, Luke.

As events unfold and the kings of Christendom are persuaded to send the biggest crusade yet to the rescue of Byzantium, Luke finds that his destiny draws him east, away from Anna, to face a threat even more terrifying than Bayezid: the Mongol Horde under the merciless leadership of the murderous Tamerlane.

From Constantinople and Chios to Venice and Samarcand, WALLS OF BYZANTIUM, is an epic novel which brings to dramatic life the battles in the final years of Byzantium in a story of love and honour in a time of colliding empires. 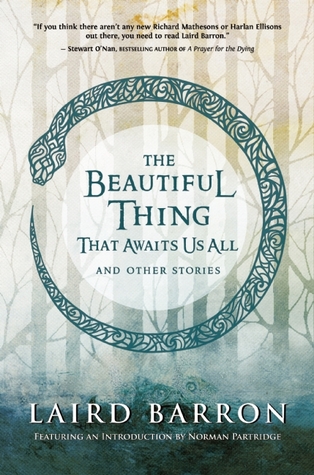 The Beautiful Thing that Awaits Us All – Laird Barron

Discovery blamed on: Email, and The Speculative Scotsman
(Note: I’m pretty sure I’ve already listed this in a previous week’s Books I’m Eyeing post, but whatever.)

Over the course of two award-winning collections and a critically acclaimed novel, The Croning, Laird Barron has arisen as one of the strongest and most original literary voices in modern horror and the dark fantastic. Melding supernatural horror with hardboiled noir, espionage, and a scientific backbone, Barron’s stories have garnered critical acclaim and have been reprinted in numerous year’s best anthologies and nominated for multiple awards, including the Crawford, International Horror Guild, Shirley Jackson, Theodore Sturgeon, and World Fantasy awards.