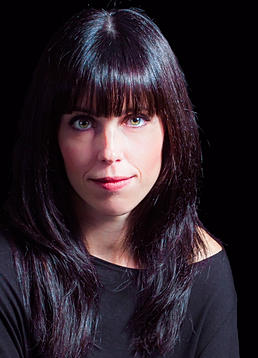 Jodi McIsaac is the author of The Thin Veil contemporary fantasy series, which is based on Celtic mythology. The second book in the series, INTO THE FIRE, was just released on November 12. Find out more at jodimcisaac.com.

Why I Love Speculative Fiction

Even though I’m now a fantasy author, I didn’t grow up reading speculative fiction. As a kid, my reading materials of choice included Archie Comics, Calvin & Hobbes, The Babysitters Club, and Sweet Valley High. I went to a small, ultra-conservative school that thought the only book worth reading was the King James Bible. I gave The Lord of the Rings a shot in high school, but couldn’t get past the first book. And then I was in university and grad school, where fiction took a back seat to rhetorical theory and international development studies.

Needless to say, I have now seen the light. Though I’m a relative newcomer to the world of speculative fiction, it has already had such a profound impact on me that it feels like it’s always been with me. At first, when I needed it most, it was my escape. And then it became my life.

When I was 23 years old, I lost a child, who I loved with a passion so fierce I often marveled that I didn’t burst into flame. After he was gone, it was a very dark, empty time of my life—and it happened to be right in the middle of when the Harry Potter books were being published. This was my salvation. I read one, and then the others, and then it became a ritual, when the pain grew too much to bear. I would go to the bookstore, buy a vanilla latte, and settle myself in the children’s section and read and re-read the first four books, anxiously waiting for the fifth (I couldn’t afford to buy them, and the bookstore was closer than the library). I could, for a few hours, escape the terrible reality of my own life, and live in a world where the impossible was possible, where there were magic solutions to real problems, and where hope won out over despair. During those first horrible years, fantasy was my anesthesia, my epidural, like drifting into a deep sleep and knowing that, for a few hours, the pain of the waking world will be held at bay. And I would always set down these books feeling a little more sane, a little more hopeful, like there was something to live for yet.

Shortly after this period, I gave The Lord of the Rings another try, wanting to read them before the movies came out. This time around, I was ready for them. I couldn’t get enough. I had finally found—and embraced—my identity as a genre geek, and it was one of the most affirming and liberating things I’d every experienced. Things only got better when I married another genre geek with the biggest personal library I’d ever seen.

It was several years later when I realized that my love for fantasy was no longer about escape. I had noticed a curious phenomenon—many of my well-educated, intelligent, successful 30-something girlfriends were also big fans of young adult fantasy, especially of the Twilight/Harry Potter/Hunger Games variety. My initial theory was that we were all leading incredibly dull lives from which we longed to get away. Most of us had left careers to be home with our children and were spending our days (and nights) changing diapers and doing laundry and being a human jungle gym and milk dispenser. Many of us were several years into our marriages, and the blush of first love had worn off and been replaced by tense discussions about mortgage payments and whose turn it was to do the dishes and mop the spit-up off the floor. Would anyone blame us for wanting to escape to a world where romance and adventure and freedom were written across every page?

But I realized this was not truly the case—not for me, anyway. However suburban my life had become, I was no longer looking for a drug to ease the pain of reality. I had healed—as much as one can—from my former trauma. What I now wanted was not to escape, but rather to live the most dynamic, rich, wonder-filled life possible. And for this, I needed inspiration. I no longer wanted to escape to a world of magic, I wanted to bring the magic into my own, everyday life. A subtle distinction, perhaps, but an important one.

And now, that is what I love most about speculative fiction—I feel as though I can reach into these books and pull out things that can enrich my own life; whether it be new ways of looking at the world, far more interesting ways of explaining why things are the way they are, new stories I can tell my children, and fascinating characters and worlds who really do become part of my life. And now my world is such a colorful, magical place, I wouldn’t escape from it even if I could.