Dude, It’s All About the Prose.

This morning I got an email that really stood out (partly because the rest of my email this morning has been, “I know you don’t review paranormal romance, but I think you should review mine because it is special.”) Here’s what it said:

I love your website, and I think your reviews are some of the best on the net. I’m writing this email to ask you an important question. Why do so many reviewers compare the books they are reviewing to other books that have already been published or books that are more popular? I get that it is an easy line to draw but it really makes these books that people work very hard on seem like they aren’t as good as the books they are being compared to. Each book is unique, so why do reviewers feel the need to repress the unique qualities and highlight the similar ones instead? It’s really off-putting.

I would appreciate your insight.

I guess this is my reply to that email. First, I have to say that I sincerely enjoy getting comments, observations, and concerns in my inbox. It’s really neat to know that people are not only reading my website and the crap I say on here, but they are also thinking about the things I say, and care enough to approach me with their thoughts. Very cool. 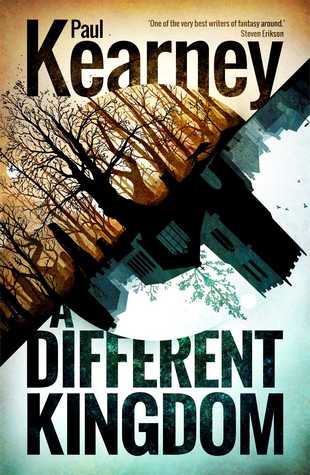 The truth is, reviewers (myself included) do compare the book we are reviewing to other books often, but I don’t think it is always (or very often) a comparison used to degrade the book they (we) are reviewing. The fact of the matter is, there are only so many stories out there, but there are an infinite number of ways to tell that same story. For example, there are two books I’ve reviewed this week that I’ve compared to other books or stories. Both books remind me a bit of the David and Goliath story (the small guy/group pitted against the huge insurmountable obstacle/person/organization) and one of them also reminded me of The Hunger Games. I don’t put these comparisons out there to say, “This book is derivative and old even though it’s new.” I put those comparisons there so new customers or interested parties, will know what type of book they will devote their time to.

In fact, just because a book might remind me of another book doesn’t mean that the book is bad. Often times I will read a book that reminds me of another book just because it reminds me of another book (Hey, Interwebians, someone want to suggest a book like Love Minus Eighty for me to read? I am really Jonesing for another social SciFi like that one). What makes a book unique isn’t only, or always, its story, but its also the way the story is told. Prose plays a huge part in whether a book is captivating even if it reminds me of fourteen other books. I’ve read more sunset and landscape descriptions than I can shake a stick at, but the descriptions that haunt me are the well written ones. Even well written sunset and landscape discussions can propel me further into the book itself. It will make me want to know more about such a beautifully written, well realized world, and the people that inhabit it.

So, dude, it’s all about the prose.

Between the blunt peaks of the Sperrin mountains where the sun always sets, and the stony, gorseridden heights of the Antrim plateau to the east, the wide river valley of the Bann opens out for twenty miles, encompassing two counties. It is dark with woods and intaglioed with fields of barley and potato, kale and turnip, and the rich rolling pastures and meadows with their attendant hedges. Villages are spattered over all,  islands  in the green mantle of the world. There is no towns worth speaking of, and the sprawl of housing estates will not infect the land for another twenty years. It is a last breathing space, a final look around at the soon-to-be-felled woods, the rush-choked bottom meadows, the fields with the wild flowers that have seeded for a thousand years and which knew the feet of the druids. – Paul Kearny, A Different Kingdom

Descriptions like that, no matter how mundane a thing they are describing, are what makes a book amazing, no matter how common the story might be. The whole world comes to life, and no only that, but I almost feel like I am right there. There’s a definite sense of time and place, and a feeling of impending change. Have I read books about alternative realities/planes of existence before? Yes, by the bucket loads. The concept is far from new. The reason I’ll remember this one, is because the whole book is written in such a way that I feel like I’m transported there, living there, breathing that air and feeling that earth beneath my feet. It’s more real than real. However, in my review, I will undoubtably compare A Different Kingdom to another book that it reminds me of, not to degrade or demean the unique qualities of this one, but because it gives readers an idea of what they are getting into.

In all reality, I’d probably rate a well written grocery list at five stars if it held my attention for long enough. Anything can be unique, captivating, and fantastic, if it is written well. This is why, when I read, I put such a huge amount of importance in the prose. Prose can make a book or break a book. Paul Kearney could have said, “The land was green with lots of trees, villages, and forests, but that was all about to change.” That’s not very memorable and it does nearly nothing for me. It doesn’t transport me, or fill me with wonder. It doesn’t make me think, “Even though this book reminds me of a lot of others, it’s still absolutely incredible and the quality of the writing is nothing short of stunningly artistic.” He’s not only telling his own story, but bringing readers into his vision.

That sort of thing matters.

Prose are so important to me, that I tend to judge my email queries based on them, as well. An author who sends me a letter like this isn’t likely to get my time, or any attention.

Great website can you review my attached book plz

Note: Yes, this was a real email I received.

Letters like that tell me a lot about the book you are trying to get me to read. This letter automatically makes me think that I’ll be devoting my time to a book full of mundane writing, bad spellings, and poor grammar choices. Bad writing, and a lack of attention to powerful prose, will probably just make the similarities between your book, and the books I’ve read that it reminds me of, more grating and hard to deal with. On the flip side, prose can make your book artistic so the similar elements to (insert thing you’ve read before here) feel catchy, unique, and absorbing, You’ll be able to tell which way I am using the comparison in my reviews.

Basically this rambling diatribe boils down to the fact that yes, reviewers compare books a lot, but it’s not always (or often) for bad reasons. Any book I can think of will be similar to another book I’ve read before. That’s what comes of reading about 150-200 books a year. It’s not the story itself that will always wow me. Often it’s the prose that pull me in first. Telling a good story is a craft that can be hard to perfect. One similar element I notice between all the authors whose books I tend to read is that each of them make words their tool and manipulate that tool to put forth something incredible for readers to devour, regardless of similarities to other works (which often go unnoticed under a truly skilled wordsmith’s ministrations). When it is obvious that authors knows how to wrap and warp words for their benefit, I know I have something special on my hands.