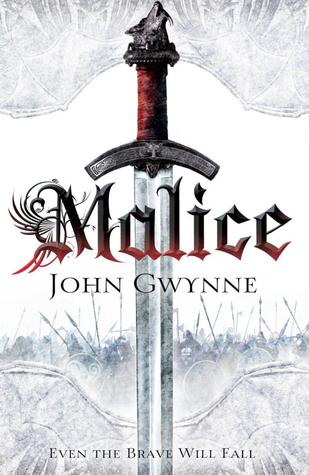 A black sun is rising …

Young Corban watches enviously as boys become warriors under King Brenin’s rule, learning the art of war. He yearns to wield his sword and spear to protect his king’s realm. But that day will come all too soon. Only when he loses those he loves will he learn the true price of courage.

The Banished Lands has a violent past where armies of men and giants clashed shields in battle, the earth running dark with their heartsblood. Although the giant-clans were broken in ages past, their ruined fortresses still scar the land. But now giants stir anew, the very stones weep blood and there are sightings of giant wyrms. Those who can still read the signs see a threat far greater than the ancient wars. Sorrow will darken the world, as angels and demons make it their battlefield. Then there will be a war to end all wars.

High King Aquilus summons his fellow kings to council, seeking an alliance in this time of need. Some are skeptical, fighting their own border skirmishes against pirates and giants. But prophesy indicates darkness and light will demand two champions, the Black Sun and the Bright Star. They would be wise to seek out both, for if the Black Sun gains ascendancy, mankind’s hopes and dreams will fall to dust.

Here is a secret for you, dear website reader: I am getting kind of fed up with epic fantasy. It’s not that I don’t like the genre, because I do. It’s just that I am getting sick of the same old stuff being regurgitated in these huge tomes. Epic fantasy seems to be a genre that is turning into a love-it-or-hate-it type thing for me. I am probably just getting a little jaded with my reading.

When I got Malice, I was pretty excited. Gwynne’s name screams “Wales” to me, which is a beautiful country. I hate everyone who lives there because I am a jealous creature and we jealous creatures tend to feel some sort of jealousy fueled loathing toward anyone who lives in places that are so pretty they make my eyes hurt (/sarcasm font).  Of course, Wales has a long, rather complex and slightly bloody history, as well and I seriously hoped that Gwynne would fuel his book with that, and make it come alive with the history of where his name seems to come from.

Honestly, what do I know? The name is exotic, and until after this post goes live, I will try my absolute hardest not to learn more about the author than what I assume from reading the book (it’s a weird quirk of mine). The thing is, I had high hopes for a sense of history and place when I went into this book (isn’t it kind of amazing the kind of crap I assume from someone’s last name?). In many ways, Malice exceeded my expectations. There are plenty of words that lack vowels (erm… excuse me, Welsh) and plenty of history that screamed British Isles to me. I dig that stuff. It worked for me, and it gave the book a feel of time and place that I wanted it to have so badly.

Don’t get confused. Malice is set in a secondary world, but a lot of the nuances, the cultural identities, the social norms, are reminiscent of our own world. This fact will either delight readers (like myself) or really disappoint them. On the one hand, it is a lot of fun to read epic fantasy books that are set in worlds similar to our own. It gives the book a sense of relatability that it otherwise might have lacked. And it is kind of fun to read a book that plays so acutely on our own history and cultures, and wonder “what if.” I enjoy that kind of thing. On the other hand, fans of epic fantasy might find themselves disappointed and feel like the Welsh and history and setting of it all isn’t nearly unique enough for their taste. It might feel rather borrowed and lacking in creativity.

That’s the main problem with epic fantasy, in my opinion. It toes a fine line. Either books are too similar to (insert another book/historical time period/country found on the globe here) or they aren’t similar enough. Either way, the authors of these books will have readers that will dig their similarities/exoticness or they will find readers that hate it. There’s nothing wrong with that, but it is a problem that many authors face, and it is absolutely no different with Malice.

Malice is told from a few different points of view, as many epic fantasy books are. As with most other books, some of the perspectives will resonate with readers more than others. There is a span of age, as well. A few of the characters (one in particular) are young, and most of the others span various points of adulthood. Readers might also find that some characters are easier to sympathize with and understand than others due to the unfortunate fact that time seems to pass for each character at incredibly different rates. Some of the storylines feel like they go on way too long, and others don’t feel like they go on long enough. This really made some characters feel more interesting and real to me than others, and gave the book a rather unbalanced feel in regards to the narrative itself.

The main story with Malice is probably what might make the jaded epic fantasy readers roll their eyes more than anything else. There is the stirrings of war, a fractured kingdom, a precariously balanced reign of a king, people who hate other people; plenty of politics, and in the middle of this stew is a prophecy. Usually I kind of mentally turn off when someone says the word “prophecy” to me, and I know plenty of other readers will, as well, but there is a prophecy, and there is a ton of civil unrest. The viewpoint of different characters in different social positions giving readers different perspectives on a very complex situation. The odd passage of time has a tendency to make the book feel like it moves incredibly fast at some points, while at others it takes a long time for Gwynne to reach the point of all his development.

Despite the prophecy aspect, it works out fairly well.

You might have scrolled to the end of this review and realized that I gave this book 3/5 stars. You might be wondering why, because there is plenty going on here that readers will (and do) surely enjoy. The fact is, Malice is an enjoyable epic fantasy romp, and while I truly enjoyed the sense of history and place, it was a rather unevenly yoked novel. The odd way that Gwynne deals with the passage of time can make it hard to believe, or understand, some characters. It might take readers a little time to get used to Gwynne’s flow with writing. The plot itself, while complex and sprawling in scope, feels more like an echo of other epic fantasy books that I’ve read before, rather than a book that is unique in its own right.

So what am I saying? Malice is worth reading if you are in the mood for some epic fantasy that won’t really challenge or amaze you. This book felt more like a setup for further books in a series rather than anything else. In all truth, I was a little disappointed, but Malice did its job well. It was grand in scope and size, and if it lacked a little finesse at some points, I can almost forgive them. Malice is a slightly shaky start to what could potentially grow into a grand, very strong series. The fact remains, despite its various flaws, Gwynne has taken the tried-and-true epic fantasy that has been written and written again and again and revived it, breathed fresh life into it, and made it something new. Is it perfect? No, but it has the ability to entertain and remind readers of all of the reasons they fell in love with epic fantasy in the first place.