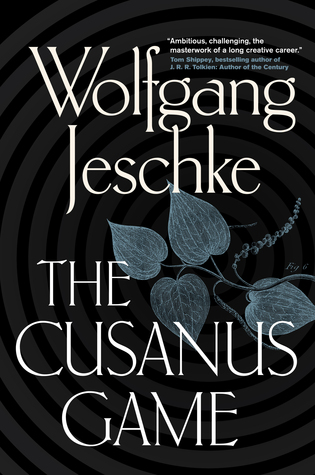 Biologist Domenica Ligrina fears her planet is dying. She might be right.

An atomic disaster in Germany has contaminated Northern Europe with radioactivity. Economic and political calamities are destroying the whole planet. Human DNA is mutating, plant species are going extinct, and scientists are feverishly working on possible solutions. It becomes increasingly apparent that the key to future salvation lies in the past. In 2052 a secret research facility in the Vatican is recruiting scientists for a mission to restore the flora of the irradiated territories. The institute claims to have time travel. When Domenica’s sometime-lover tells her that he knows her future but that she must decide her own fate, she enlists despite his ambiguous warning.

The Middle Ages hold Domenica spellbound. She immerses herself in the mysteries, puzzles, and peculiarities of a culture foreign to her, though she risks changing the past with effects far more disastrous than radiation poisoning. Perhaps there is more than one Domenica, and more than one catastrophe.

I’m not really that into time travel, as a general rule. Don’t get me wrong, it can be rather fascinating, but I always have a really hard time making myself believe in anything that is going on. It just doesn’t seem plausible enough to me. So, when I do run across a novel involving time travel that I even moderately enjoy, it stands out.

The Cusanus Game takes some time to get used to. For one thing, a good chunk of the book takes place in Italy, which isn’t a big deal, but one name in Italian looks very similar to every other Italian word (to me). Secondly, the novel takes place in a sort of dystopian future, and while the big cataclysmic event that has brought the world to that point in time is made clear to readers, it is done so very slowly. There is an odd mixture of too much history lacking, and in some cases, a bit too much history than is absolutely necessary. These two situations put together will probably automatically turn off a good chunk of readers who start this book, so be warned.

The futuristic world is very real, and incredibly gritty. Jeschke has absolutely no problems with making his readers uncomfortable, or pushing their comfort zones. This isn’t a bad thing, in fact, I tend to enjoy it in the books I read, but no matter how “okay” with things you are, the world that Jeschke is presenting readers is a very dark, very dirty one, and he infuses his atmosphere with that dark and dirty desperation to the point where readers will acutely feel it. Sometimes it can be a bit overwhelming. However, this is actually a point that really shows off just how good of an author Jeschke is. No matter how you feel about the book itself, Jeschke is one of those authors who knows how to manipulate atmosphere, and absolutely flood his readers with it.

Domenica is a character that I still can’t quite figure out. While most of the book is told from her point of view, I never really felt attached to her at all, and this is true with all of the characters. There’s a distinct line between character and reader that Jeschke never really crosses. He’s telling you a story, he’s not immersing you in it, and I felt that very acutely. Domenica was interesting, but at the end of the day she never attached herself to me. That’s true with all of the characters. While they are interesting  and well done, there is a serious line that the reader will probably never cross. You’ll be reading about something that happened to someone you never knew, you won’t be reading about a character that becomes part of you.

The blend of history and future is rather fascinating and well done. In many ways, this was probably the strength of the book. Jeschke did some serious research beford writing The Cusanus Game and it pays off. The future is raw and real, and if not completely believable, it is rather plausible. The past is well researched to the point where I learned quite a bit from it. While I never really bought the actual activities of Domenica, the setting(s) she found herself in were real and vibrant and Jeschke really utilizes his skill with atmosphere and stunning research well to make it all weave together so perfectly.

The Cusanus Game was originally written in German, but the English translation is absolutely flawless to the point where, unless you know it was written in another language before you read it, you probably won’t ever know. And that’s the miracle of the whole thing. It’s a stunningly written novel that really shows off just what a talented author Jeschke is. Whether or not you enjoy its content is another issue. Sometimes you have to just sit back and praise someone for their skill with the written word, and this is one of those times.

No matter how much I praise this book, I keep coming back to the one problem that I’m circling around in this review. I just didn’t buy it. It was well done, atmospheric, well written, and multifaceted – all the things I typically love in the books but it just didn’t work for me. The characters were too distant for me to really care too much about. Their motives behind many of their actions were understandable, but not really believable. I can sum up my overall feelings of the novel like that. I just don’t buy into it. It was very well written, and researched incredibly well, but I never got to the point where I could suspend my disbelief long enough to feel invested in the novel at all. Which is unfortunate, but you can’t really win ‘em all.