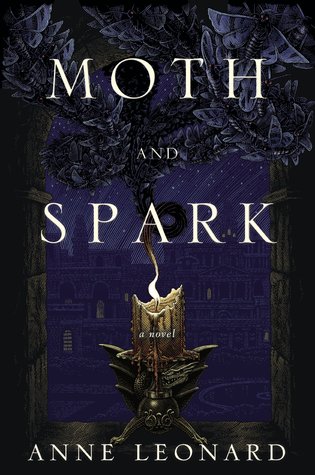 A prince with a quest. A commoner with mysterious powers. And dragons that demand to be freed—at any cost.

Prince Corin has been chosen to free the dragons from their bondage to the Empire, but dragons aren’t big on directions. They have given him some of their power, but none of their knowledge. No one, not the dragons nor their riders, is even sure what keeps the dragons in the Empire’s control.

Tam, sensible daughter of a well-respected doctor, had no idea before she arrived in the capital that she is a Seer, gifted with visions. When the two run into each other (quite literally) in the library, sparks fly and Corin impulsively asks Tam to dinner. But it’s not all happily ever after. Never mind that the prince isn’t allowed to marry a commoner: war is coming to Caithen.

Torn between Corin’s quest to free the dragons and his duty to his country, the lovers must both figure out how to master their powers in order to save Caithen. With a little help from a village of secret wizards and a rogue dragonrider, they just might pull it off.

This year I am learning that there is a real art involved in an author selling me a happily ever after story in a world where things seldom ever end that way. While romantic fantasy usually isn’t my bag of oats, I decided to give Moth and Spark a shot. Sometimes I need something a bit lighter, a bit easier, and a little less dark to read.

Moth and Spark is a debut novel by Anne Leonard. The cover art is gorgeous, and just hints at even more gorgeous things inside. The novel itself is patterned like a Jane Austin book, and that’s something the author makes no attempt to hide. That’s a good thing. Readers will enter this book knowing exactly what to expect, and for the most part, they will find all their expectations met.

Moth and Spark is one of those books that is mostly romance that happens to contain some fantasy. There are dragons, a sort of vague and undefined magic system, hints at a wider world with sprawling conflicts – you know, all the things good fantasy should contain. However, all of those things are rather nebulous. The wider world is alluded to, but never really painted in much detail. The magic system is undefined and lacks an edge. Furthermore, the secondary characters often seem to come and go without any real purpose. Some of them are cookie cutter, some of them aren’t, and almost all of them are pastel.

Usually these points would be a bad thing, and in some respects, they are. I enjoy more details and a wider world. I do wish the magic had been more fleshed out, and some of the secondary characters were shaken up a bit, but in all reality, Moth and Spark is one of those novels that needs everything besides the main plot to be, well, pastel. The main story, the sweet discovery and love story of Corin and Tam is basically set on a stage in comparison to everything else and, lets be real here, the reasons most people will pick up the book is because they are in the mood to read about two people falling in love. Dragons are a bonus, and that’s how Leonard treats it, and that’s one reason why Moth and Spark is so damn easy to devour.

While I did feel like the book had a narrow focus for much of the novel, it is quite amazing to see just how much cultural and nuanced details that Leonard can pack into her writing. Moth and Spark really comes alive, and, oddly enough, though the novel is very focused in scope, Leonard never really lets you forget that this isn’t just a book about people meeting and falling in love, there is a larger picture that is unfolding that these two people are uncomfortably in the middle of. Life gets in the way. Things don’t always work out the way they should, and that just makes everything seem that much more believable.

Believability is one of the reasons I struggle so much with romantic plotlines in novels. So often the characters are cardboard cutouts, the alpha male and the female who knows everything. Add in some hot sex and BAM, you’ve got it. Leonard never really sells out like that. Her characters are real, and her love story is vivid and heart wrenching, sometimes uncomfortable, but always believable in the scope of the world she has created. And, despite it all, I have to admit that sometimes it is nice to see two characters you can root for, who are good and wholesome, fall in love.

Perhaps my largest gripe about the novel is the ending, which felt a little anticlimactic and predictable, but that is nicely balanced by the personal, in-your-face experience with the dragons and much of the magic that seemed so nebulous and undefined during the rest of the novel.

At the end of the day you’ll want to read this book because you’re in the mood for some touching fall-in-love action between two characters that are inherently good. The added bonus is the vibrant, well-realized, believable, astounding court culture that Leonard subtly crafts throughout her book. The magic system and dragons takes some time to really matter too much, but by the end of the book, that will be as interesting as everything else you’ve read. If the ending suffers a little, Leonard makes up for it with some astounding writing, and a story that you can really sink into. This is one of those powerful debut novels that is unlike anything you’ve ever read before, while being exactly what you expect.