Alright, folks. Here’s another edition of Books I’m Eyeing for your reading pleasure… or something.

First things first, the winner of the epic Eternal Sky Trilogy giveaway was

Congratulations, Emily!! And thanks to everyone who entered. This was my most heavily entered giveaway in the history of my website, coming in with a whopping 96 entries. Holy cow!!

And there’s another giveaway going on right now for Stone Cold by Devon Monk. I loved this book. You can read more about the giveaway and etc here.

Also, a quick aside. One of my near and dear speculative fiction friends, who is also a fantastic author, is trying to get from his home in Bulgaria to Clarion. Haralambi Markov is a hell of a guy, and it would be great to see him splash his way into speculative fiction. In a progressive genre like this, I think it is important to add diverse voices, and Haralambi has that in spades. Learn more about him and his quest to get to Clarion here.

Now, these are the books I’ve been working on this week.

This week has been pretty hard. The books I’ve been flipping between reflect that. Two of them are deep, dark, and thought provoking. The other two are more of the sort that you can enjoy and not think about too hard. I need that right now.

I finished Defenders by Will McIntosh. I think he is officially one of my favorite authors ever. I’m not even lying. Defenders asks some absolutely important questions, and it is just so well done. I mean, wow. Just wow. I’ll gush about it closer to publication date.

I started A Murder of Crows by Anne Bishop. Bishop is a hit or miss author for me, but this series really works for me on multiple levels. It’s really good. I didn’t expect to like it, but I am absolutely loving it. I don’t think A Murder of Crows is quite as strong as the first book in the series (Written in Red) but it is still very, very good.

My progress with The Goblin Emperor is almost at a standstill. Not because it is bad, but because I love the damn thing so much I don’t want it to end. That’s the curse with good books – they always have to end. I tend to want to drag that out.

Check this out. Child of a Hidden Sea is a book that takes place on boats. I really hate books that take place on boats, because I know so little about boats I can’t visualize the books at all. Well, I’m seriously enjoying this one. I love Dellamonica’s writing style. I think I might have to check out her other books, Indigo Springs and Blue Magic next.

Books I’m Eyeing is a weekly (kind of) post where I point out the books other websites have talked about that caught my attention. This is my way of hopefully directing some traffic to some very deserving websites – and thanking those that run said websites for their stellar content.

Probationary Constable Peter Grant dreams of being a detective in London’s Metropolitan Police. Too bad his superior plans to assign him to the Case Progression Unit, where the biggest threat he’ll face is a paper cut. But Peter’s prospects change in the aftermath of a puzzling murder, when he gains exclusive information from an eyewitness who happens to be a ghost. Peter’s ability to speak with the lingering dead brings him to the attention of Detective Chief Inspector Thomas Nightingale, who investigates crimes involving magic and other manifestations of the uncanny. Now, as a wave of brutal and bizarre murders engulfs the city, Peter is plunged into a world where gods and goddesses mingle with mortals and long-dead evil is making a comeback on a rising tide of magic. 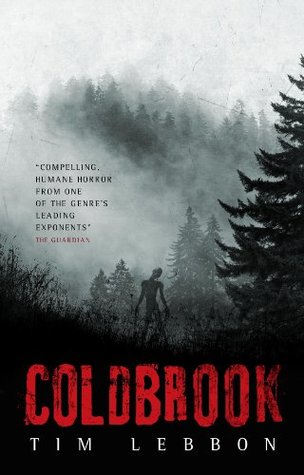 THE WORLD AS WE KNOW IT HAS CHANGED FOREVER

THE REASON IS COLDBROOK

The facility lay deep in Appalachian Mountains, a secret laboratory called Coldbrook. Its scientists had achieved the impossible: a gateway to a new world. Theirs was to be the greatest discovery in the history of mankind, but they had no idea what they were unleashing.

In the chaos of destruction there is only one person that can save the human race.

But will they find her in time? 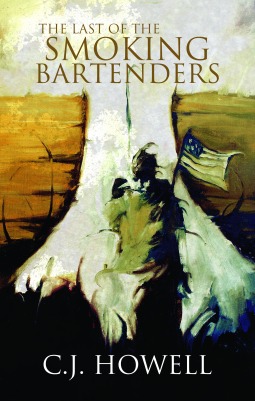 The Last of the Smoking Bartenders – C.J. Howell

The Last of the Smoking Bartenders follows a drifter named Tom tra­versing the Arizona desert, leaving behind a path of destruction. Living off the grid and aided by a homeless raft guide and a band of meth deal­ing Navajos, he hunts down a terrorist network one Molotov cocktail at a time. But is he deluded? Are they actually killing innocent people? Chased by a beautiful but damaged FBI agent and a crossbow wielding psychopath, Tom must stay one step ahead of his pursuers and save the country he loves, all on less than a dollar a day.

Love is the Law – Nick Mamatas

In 1989, punk-rock girl “Golden” Dawn has crafted an outsider’s life combining the philosophies of Communism and Aleister Crowley’s black magic. One fateful day she finds the dead body of her mentor in both politics and magick shot in the head, seemingly a suicide. But Dawn knows there’s more going on than the Long Island cops could ever hope to uncover. In setting out to find the murderer herself, she will encounter dark and twisted truths for which no book, study, or basement show could have prepared her. Award-winning prose author Nick Mamatas crafts a raw, hilarious, original mystery!

Imagine a place where the dead rest on shelves like books.

Each body has a story to tell, a life seen in pictures that only Librarians can read. The dead are called Histories, and the vast realm in which they rest is the Archive.

Da first brought Mackenzie Bishop here four years ago, when she was twelve years old, frightened but determined to prove herself. Now Da is dead, and Mac has grown into what he once was, a ruthless Keeper, tasked with stopping often—violent Histories from waking up and getting out. Because of her job, she lies to the people she loves, and she knows fear for what it is: a useful tool for staying alive.

Being a Keeper isn’t just dangerous—it’s a constant reminder of those Mac has lost. Da’s death was hard enough, but now her little brother is gone too. Mac starts to wonder about the boundary between living and dying, sleeping and waking. In the Archive, the dead must never be disturbed. And yet, someone is deliberately altering Histories, erasing essential chapters. Unless Mac can piece together what remains, the Archive itself might crumble and fall.

In this haunting, richly imagined novel, Victoria Schwab reveals the thin lines between past and present, love and pain, trust and deceit, unbearable loss and hard-won redemption. 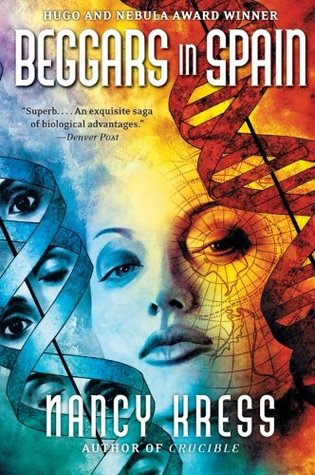 In this future, some people need no sleep at all. Leisha Camden was genetically modified at birth to require no sleep, and her normal twin Alice is the control. Problems and envy between the sisters mirror those in the larger world, as society struggles to adjust to a growing pool of people who not only have 30 percent more time to work and study than normal humans, but are also highly intelligent and in perfect health.

The Sleepless gradually outgrow their welcome on Earth, and their children escape to an orbiting space station to set up their own society. But Leisha and a few others remain behind, preaching acceptance for all humans, Sleepless and Sleeper alike. With the conspiracy and revenge that unwinds, the world needs a little preaching on tolerance.