These past few weeks have been busy, and intense. The busy part I’ve added myself. I am trying to keep myself as absorbed in other tasks as I possibly can be – to keep myself from dwelling on cancer. For the most part, it works. Things in the cancer sphere are dragging on and on and on. I am *still* waiting for insurance to approve the tests I need done so we can determine what kind of treatment I need. It’s incredibly frustrating, and a touch disheartening. I think the waiting can be just as bad as the actual disease.

On the book side, I’ve had a lot of guest posts come through here, which was something I planned so I could have some time to sort my mental processes. It has helped. In the meantime, I’ve been reading some mental-vacation type books, also what I need right now. I’ve finished some good ones, and have a gigantic stack of books waiting to be reviewed.

Special Needs in Strange Worlds has had some great guest posts. Check out this one by Jaye Wells on addiction, and this one by Juliet McKenna on writing characters with disabilities then, and now. Speaking of SF Signal, I was also on a Mind Meld where I divulged my bad book habits.

I crashed the Adventures in SciFi Publishing podcast (again) and got to interview an author who has absolutely rocked my world in a most hardcore way – Will McIntosh. You can listen to the interview here.

Michael J. Sullivan is doing a Ride to Conquer Cancer. He wrote a post to bring some attention to his epic quest, wherein he announced that I am one of the people who he is riding for, and he said some intensely nice things. I am still just absolutely humbled and in awe of his incredible spirit. Read more here.

Kevin J. Anderson sent me a message earlier today asking if I’d share the word about Storybundle. Storybundle is kind of like The Humble Bundle. This one is full of nine different SciFi books from very hard hitting, well known authors. A portion of the proceeds go to the Clayton Memorial Medical Fund, which Jay Lake was fond of. Learn more here.

Speaking of Kevin J. Anderson, the winners of the giveaway for The Dark Between the Stars are:

Thomas W. From Ohio and Conal O.  from California.

Congratulations to both of you!

And, the last bit of personal news is something that tickled the dark recesses of my heart. Speculating on SpecFic, a website you really should all be paying attention to, has started a new feature called Books to Look Out For, based on, you guessed it, Books I’m Eyeing. Seeing that made me feel all warm inside.

In the contested and unexplored territories at the edge of the Empire, a boat is making its laborious way upstream. Riding along the banks are the mercenaries hired to protect it – from raiders, bandits and, most of all, the stretchers, elf-like natives who kill any intruders into their territory. The mercenaries know this is dangerous, deadly work. But it is what they do.In the boat the drunk governor of the territories and his sons and daughters make merry. They believe that their status makes them untouchable. They are wrong. And with them is a mysterious, beautiful young woman, who is the key to peace between warring nations and survival for the Empire. When a callow mercenary saves the life of the Governor on an ill-fated hunting party, the two groups are thrown together.For Fisk and Shoe – two tough, honourable mercenaries surrounded by corruption, who know they can always and only rely on each other – their young companion appears to be playing with fire. The nobles have the power, and crossing them is always risky. And although love is a wonderful thing, sometimes the best decision is to walk away. Because no matter how untouchable or deadly you may be, the stretchers have other plans.

They call us things with teeth. These words from Lily Rose Sullivan the night of her death haunts her seventeen-year-old sister, Finn, who has moved with her widowed father to his hometown of Fair Hollow, New York. After befriending a boy named Christie Hart and his best friend, Sylvie Whitethorn, Finn is invited to a lakeside party where she encounters the alluring Jack Fata, a member of the town’s mysterious Fata family. Despite Jack’s air of danger and his clever words, Finn learns they have things in common.One day, while unpacking, Finn finds her sister’s journal, scrawled with descriptions of creatures that bear a sinister resemblance to Jack’s family. Finn dismisses these stories as fiction, but Jack’s family has a secret—the Fatas are the children of nothing and night, nomadic beings who have been preying on humanity for centuries—and Jack fears that his friendship with Finn has drawn the attention of the most dangerous members of his family—Reiko Fata and vicious Caliban, otherwise known as the white snake and the crooked dog.Plagued with nightmares about her sister, Finn attempts to discover what happened to Lily Rose and begins to suspect that the Fatas are somehow tied to Lily Rose’s untimely death. Drawn to Jack, determined to solve the mystery of her sister’s suicide, Finn must navigate a dangerous world where nothing is as it seems. 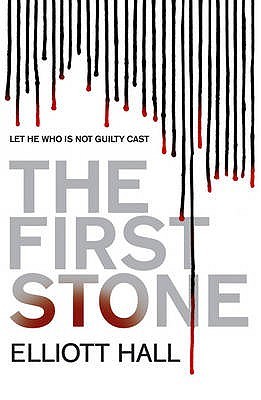 Private eye Felix Strange doesn’t work homicide cases. He saw enough dead bodies fighting in Iran, a war that left him with a crippling disease that has no name and no cure. So when Strange is summoned to a Manhattan hotel room to investigate the dead body of America’s most-loved preacher, he’d rather not get involved. Strange has a week to find the killer, and even less time to get the black-market medicine he needs to stay alive. In an America where biblical prophecy is foreign policy, Strange knows that his hiring is no accident. He can’t see all the angles, and he knows he’s being watched. In a race against time Strange must face religious police, organized crime and a dame with very particular ideas, while uncovering a conspiracy that reaches the very heart of his newly fundamentalist nation. One of the most stunningly original debut crime novels ever written, The First Stone is both an epic of the imagination and an action-packed mystery set in a time and place too chillingly close to our own. It is the first in an ambitious trilogy that pays homage to the genius of Dashiell Hammett, Raymond Chandler and James Ellroy, while offering a wholly original take on the noir genre.

Yesterday cannot last forever…A decade has passed since the city of Pittsburgh was reduced to ash.While the rest of the world has moved on, losing itself in the noise of a media-glutted future, survivor John Dominic Blaxton remains obsessed with the past. Grieving for his wife and unborn child who perished in the blast, Dominic relives his lost life by immersing in the Archive—a fully interactive digital reconstruction of Pittsburgh, accessible to anyone who wants to visit the places they remember and the people they loved.Dominic investigates deaths recorded in the Archive to help close cases long since grown cold, but when he discovers glitches in the code surrounding a crime scene—the body of a beautiful woman abandoned in a muddy park that he’s convinced someone tried to delete from the Archive—his cycle of grief is shattered.With nothing left to lose, Dominic tracks the murder through a web of deceit that takes him from the darkest corners of the Archive to the ruins of the city itself, leading him into the heart of a nightmare more horrific than anything he could have imagined. 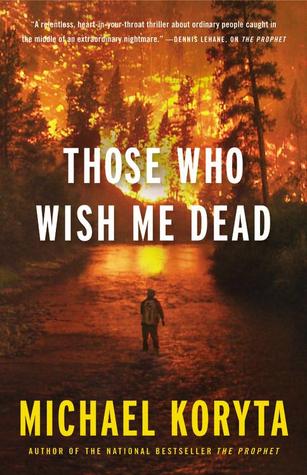 Those Who Wish Me Dead – Larry Koryta

When 13-year-old Jace Wilson witnesses a brutal murder, he’s plunged into a new life, issued a false identity and hidden in a wilderness skills program for troubled teens. The plan is to get Jace off the grid while police find the two killers. The result is the start of a nightmare.The killers, known as the Blackwell Brothers, are slaughtering anyone who gets in their way in a methodical quest to reach him. Now all that remains between them and the boy are Ethan and Allison Serbin, who run the wilderness survival program; Hannah Faber, who occupies a lonely fire lookout tower; and endless miles of desolate Montana mountains.The clock is ticking, the mountains are burning, and those who wish Jace Wilson dead are no longer far behind.