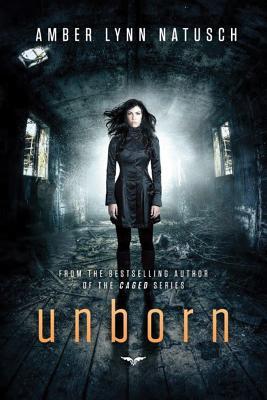 Born into mystery. Shackled to darkness…

Khara has spent centuries discovering everything about the Underworld―except her place in it. But when she’s ripped from her home, solving the riddle of her origins becomes more important than ever. With evil stalking her through the dark alleys of Detroit, she finds salvation from an unlikely source: a group of immortal warriors sworn to protect the city. Khara needs their help to unravel the tangled secrets of who and what she is—secrets many seem willing to kill for. But time is running out, and the closer she gets to the truth, the closer necessity binds her to an arrogant fallen angel.

Can their shaky alliance withstand that which threatens her, or will her soul fall victim to the unholy forces that hunt her―those that seek the Unborn?

I seem to be a lot more tolerant of romantic books when I’m dealing with health stuff. I think it is probably because I’m stressed out and worried and all I really want to know is that things can have a happily ever after ending, despite difficulties in the meantime. When I saw Unborn, I jumped on it. A nice blend of action, romantic elements, and some mythology seemed right up my alley.

Unborn tells the story of Khara, a woman who had been fostered in the Underworld and played a central role in some mythological stories that everyone who reads this book is likely to recognize. A few things that I liked off the bat – first, Khara isn’t a wilting flower. She’s able to defend herself, and is hard to scare. Secondly, she’s not in her early twenties. She is old, and references centuries of life. It was nic to read a book featuring a woman who has lived long enough to know what she wants, and has experiences from her hard life to fall back on.

Despite the fact that Khara has plenty of life to draw on in times of need, she is also deliciously ignorant. While she’s seen some horrible things, and lived a life that I can’t quite fathom, when she’s faced with normal situations and normal interactions, she’s out of her depth. The balance between her long, rather twisted history, and her ignorance with all things normal was really surprisingly charming and worked toward keeping me interested and engaged in the book even though I sometimes got sick of how off kilter Khara seemed in many situations.

The plot moves pretty quickly, and some elements are quite predictable. The romance, however, wasn’t. I expected some typical sort of unfurling of the charged romance between a hot female protagonist and a swoony badboy male that falls into her life. I expected a few graphic sex scenes and a happily-ever-after ending. That’s not what I got, and I seriously want to applaud the author for that. While there are some romantically charged elements, for the most part, the romance appears to be a slow burn. This book felt more like an introduction than anything else. Other things happened, the plot was vast and twisting, and the romance was a nice back burner spice rather than the main event.

More importantly, the ending surprised me enough that I’m honestly not sure what will happen next regarding the plot, the world, or the characters and their budding relationship.

So many paranormal romance books feature one or two characters who go it alone – they spend their life being tough as nails and living on the edge. They spend most of the book trying to prove how alone they can be. Their I-don’t-need-anyone attitude really gets on my nerves because it drags out the inevitable. The family dynamic that plays a prominent role in Unborn is absolutely charming. It was nice to see a main character who is tough as nails have a solid group of brothers to fall back on when she needs them. Their banter was a light edge to an otherwise dark book.

The mythology was well done. Natusch has developed a world with enough dynamic, and complexity to easily expand on it in future novels in this series. There is fertile ground here for her to elaborate and extrapolate without really ever needing to tread over the same ground twice. She set the stage, but she hasn’t perfectly defined it. Readers will have plenty of questions about how all of the pieces of her mythological puzzle fit together, and they will probably want to experience some of these other realms.

However, nothing is perfect.

Detroit is a place that I’ve never really read as a setting for an urban fantasy novel, and I’m not sure why. Detroit is a city that is ripe for that sort of thing. It’s dark and cold and run down with a lot of historical ghosts and a lot of room to put all sorts of creepy crawly creatures that readers and writers like to fill their urban fantasy novels with. That being said, Detroit never really came to life for me. Other than a few references to things that have happened, and images that everyone will be familiar with – the abandoned row houses, for example – this Detroit could have almost been anywhere. With such potential, I really wished the author had made the setting really come to life more than it did.

Secondly, some of the plot elements felt a little been-there-done-that, like the gang of men who stick together and police the supernatural. I’ve read that before. Numerous times. Those been-there-done-that elements of the book are usually nicely dazzled a little bit by things like the family element, which will probably enchant readers as much as it enchanted me, or the easy banter.

Lastly, Oz is a character that has a lot of depth and a lot of room to grow, but the connection he felt toward any of the family and his a little over the top mysterious elements felt forced. A lot about Oz felt forced, and I really didn’t want it to. He was a character that I wanted to like a lot more than I did, and a lot of the reason I didn’t like him as much as I wanted was because he just wasn’t as believable as the rest of the characters.

Unborn is an enjoyable read, and surprising in many ways. It sets the stage for a ripe, large, complex world, and characters that have plenty of room to grow. That’s something exciting for me to say as a reviewer, because it means that the start of this series is solid and engaging. Unborn is a book that fans of urban fantasy might want to check out. There is plenty here for readers to love. Was it perfect? No, but it was a hell of a lot of fun despite that.