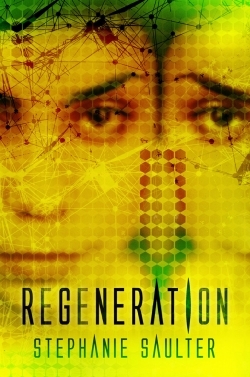 The gillungs – genetically modified, waterbreathing humans – are thriving. They’ve pioneered new aquatic industries, and their high-efficiency quantum battery technology coupled to tidal turbines in the Thames estuary looks set to revolutionise the energy industry. But as demand grows, so does fear of what their newfound power might mean.

Then a biohazard scare at Sinkat, their London headquarters, fuels the opposition and threatens to derail the gillungs’ progress. Was it an accident born of overconfidence, or was it sabotage?

DS Sharon Varsi has her suspicions, and Gabriel sees parallels in the propaganda war he’s trying to manage: politicians and big business have stakes in this game too. And now there is a new threat: Zavcka Klist is out of prison. With powerful new followers and nothing to lose, she’s out to reclaim everything they took from her.

Before you read any further, you need to know one thing. I love this series so hard it hurts. It’s pretty impossible for me to read this last book of the trilogy and be anything other than absolutely thrilled by it. I also have a weird penchant for not finishing books that end a series that I absolutely love, because I never want the series to end. If I don’t finish that last book, the series never ends. Or something. (Don’t worry, it doesn’t really make sense to me either.) Finishing this one was incredibly hard for me. The last thing I want is Saulter’s series to end, but I mustered up my herculean strength and actually read every last page despite myself. It was worth it.

Regeneration is the third book in a trilogy that has absolutely broken all the rules, and shined a light on important issues. This series has everything I love, compelling characters, important issues, fantastic writing and a plot to die for. It is important that you read the other two books in the series before you get to this one, but honestly, if you haven’t yet then you need to stop reading this and track down Gemsigns and Binary right away.

Regeneration is a little jump into the future past the other books. It’s interesting to see where some of the characters have ended up, how these complex and developing relationships have panned out, and how the public has adjusted to gems. Each book seems to ask an important question that builds on the previous book, and Regeneration is no different. Status quo has shifted, and the world is shifting to make room for the new normal. Some things have evened out a bit, and other issues have cropped up in their place. In some ways this book is a lot less strained than its predecessors. In other ways, the stress and strain, the worry has just shifted onto a different focus.

Some characters from Gemsigns are back in Regeneration. It’s nice to check back in with them and see how they are doing now. There are also some new characters, but the shift in focus really is on family units and relationships of that nature. Gabriel is back, and he’s older. It’s nice to see how he has aged, how his family life is, and what has become of him. The one thing that I have loved about Saulter’s series is how natural the progression of events is. All of her characters have aged and developed in absolutely believable ways, as has the complex social and political situation. Gabriel is a smart kid, who has an important role in what happens in this book, as does his family. It’s not a stretch to believe their importance and the situations they find themselves in.

Saulter revisits a lot of other characters, too, and as I mentioned above, a lot of this book focuses on family and relationships, from Mikal and Sharon, who are a loving and devoted couple with interesting and important professions, to Eli and Aryel, who are also in a devoted relationship. Other characters that we were introduced to in previous books also make an appearance in this one, and I was gratified to see how many of these characters are in situations, and living lives, that they have been working hard toward in previous novels. It’s all rather heartwarming without being over-the-top or unbelievable. As I’ve said, Saulter has a knack for writing a believable progression of events, and her characters and relationships are also one of her strong suits.

That’s what is so compelling. These aren’t just made up characters. When you read a Saulter book, you’re living another life, and it’s so realistically created that it’s hard not to feel as deeply as these characters, or be rocked by the profound questions that Saulter forces readers to think about.

Regeneration is more than a visit with old friends. The plot focuses on energy, alternative sources of power, mysteries and, of course, Zavcka is back. Saulter did a lot of research while writing this one, and a lot of the scientific ideas she presents readers are easy to understand, and also rather thought provoking in our own age where questions of energy and resources are on a lot of minds. The plot is fast moving, and as you’ve gathered, absolutely absorbing. You shouldn’t expect anything less from a Saulter novel.

Regeneration is the perfect finish to a speculative fiction series that absolutely rocked my world in every respect. This is, hands down, one of the most important science fiction series that has been written recently. I’m so sorry to see this series end, but I’m also delighted that I got to read it. Regeneration is powerful and provocative, and leaves readers on the right note. I really can’t praise this series enough. I’m sad to see it end, but it is absolutely glorious, and a must read for any SpecFic fan.