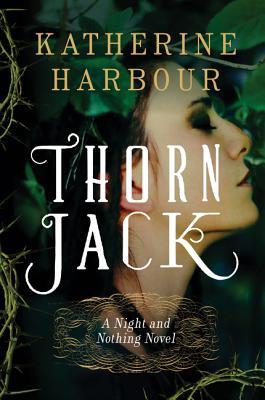 They call us things with teeth. These words from Lily Rose Sullivan the night of her death haunts her seventeen-year-old sister, Finn, who has moved with her widowed father to his hometown of Fair Hollow, New York. After befriending a boy named Christie Hart and his best friend, Sylvie Whitethorn, Finn is invited to a lakeside party where she encounters the alluring Jack Fata, a member of the town’s mysterious Fata family. Despite Jack’s air of danger and his clever words, Finn learns they have things in common.

One day, while unpacking, Finn finds her sister’s journal, scrawled with descriptions of creatures that bear a sinister resemblance to Jack’s family. Finn dismisses these stories as fiction, but Jack’s family has a secret—the Fatas are the children of nothing and night, nomadic beings who have been preying on humanity for centuries—and Jack fears that his friendship with Finn has drawn the attention of the most dangerous members of his family—Reiko Fata and vicious Caliban, otherwise known as the white snake and the crooked dog.

Plagued with nightmares about her sister, Finn attempts to discover what happened to Lily Rose and begins to suspect that the Fatas are somehow tied to Lily Rose’s untimely death. Drawn to Jack, determined to solve the mystery of her sister’s suicide, Finn must navigate a dangerous world where nothing is as it seems.

I’m a huge sucker for retellings. Folklore, myths, fables, you name it and I’m there with bells on. I love seeing how someone can take a classic tale and make it their own. The ability to take something old, and make it new (and captivating) is a priceless treasure.

Thorn Jack is a retelling of the story of Tam Lin. I basically knew nothing about that tale until I started reading this book and decided to bone up on my history a bit. Tam Lin is the story of a man who is held captive by the queen of the fae. A young mortal woman who loves him risks everything to set him free.

It’s a dark story, and likewise is Thorn Jack. It’s also refreshing in the sense that you have Finn, our heroic protagonist, who remains her own (strong) woman throughout the novel. She does what she wants to do because she wants to do it and damn everyone who gets in the way. She doesn’t bend, and she doesn’t break. She sees something she wants, and she basically goes for it and is prepared to walk through hell to get to it. Damn the consequences.

It was lovely to read a young, vibrant protagonist who embodied all those elements. It was also unique because Finn isn’t really a happy character. Readers are introduced to her after her sister’s suicide. Her mother died years ago. It’s just her and her father, and they are both grieving and moving across the country to get away from their memories, but to also deal with their grief in a new setting. It’s dark and emotional, and it lays a sort of sinister and atmospheric foundation for everything that is to come.

The town of Fair Hollow in upstate New York stands out instantly. If there is one thing that Harbour nails, it’s atmosphere and world building. The town itself seems like a sort of small, quaint place that you could picture in upstate New York until Finn starts poking at shadows. Slowly Harbour unravels the normal to show readers all the abnormal that is holding that delicate façade in place. Not only is the town not what it appears to be, but the atmosphere, the sinister air of it all was absolutely incredible. I could feel the autumn chill. I felt the shivers race up my spine and the wonder and bafflement that Finn felt regarding many of the events that transpired. Harbour didn’t just create a real world, she managed to create it, and then shove her readers into it and let them sink or swim, and it was absolutely fantastic.

The people who live in Fair Hollow are just like the town itself. Normal on the surface (though some try to appear human but obviously never are), but the otherworld is heavy on them. They flow through the book differently. They look at things differently, and interact differently. While they all had the fae beauty I expected, Harbour managed to keep them from ever being anything but dangerous. The menace that surrounded them was palpable.

Thorn Jack is heavy on the romance, but if you know the lore it is based on, you’ll expect it. It’s slow to develop, and I found, at times, the amount of attachment Finn felt toward Jack baffling as the two seemed to orbit around each other rather than actually have any meaningful interactions for most of the novel. Regardless, as I’ve said above if there is one thing Harbour masters, it’s atmosphere. While I might not have understood the pull between the two characters for a chunk of the novel, I absolutely felt it through Harbour’s magnificent writing.

The plot does meander a little bit, having occasional jaunts through alternative perspectives and moments when Finn and her friends go on side adventures that felt like they sort of prolonged the book rather than added anything incredibly pivotal to it. I must note that, despite that, all of the adventures and little winding side plots were a lot of fun and I did enjoy reading them, which is a testament to Harbour’s skill with writing.

Thorn Jack was surprising. I love retellings, but I’ve never really read a young adult/new adult (technically I think this would be a “new adult” book) retelling that has ever really worked for me. Until now. I started this book, and couldn’t put it down. Harbour’s mastery of atmosphere was astounding. The town of Fair Hollow was a character in its own right, and an unforgettable one at that. The romance was well done, and the book was well plotted. The story is dark, but Finn, despite her obvious (and worthy) emotional struggles, is a beacon of light and strength that I didn’t really expect to encounter.

Thorn Jack was a delight. Dark, detailed, sumptuous, and purposeful, this book absolutely amazed me. If you’re a fan of retellings, then you really, really need to do yourself a favor and check this one out.