Hats off to the most patient SPFBO group in the history of SPFBO groups. Life has been a bit all over recently (look at recent posts for details). I really, really appreciate people being so patient while I sort out my life.

Without further hesitation, here’s round four! 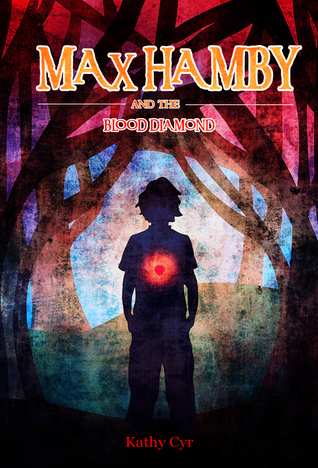 Max Hamby is one of those characters that you’ll really enjoy reading about, if you enjoy books like Harry Potter and various others of that nature. There’s a lot of magic, a lot of bad things happening to a kid that is obviously misunderstood. This book is geared toward young readers, so I read it with my kid. To be honest, she struggled a bit and lost interest in the first few chapters just because there was too much going on for her to track. I think if she’d stuck with it, she would have loved it, but as it was, the choppy beginning made it hard for her to want to see it through. The writing is strong, with a good blend of humor and tension, and the plot is imaginative, if a bit too reminiscent (at times) of other popular books on the market today. 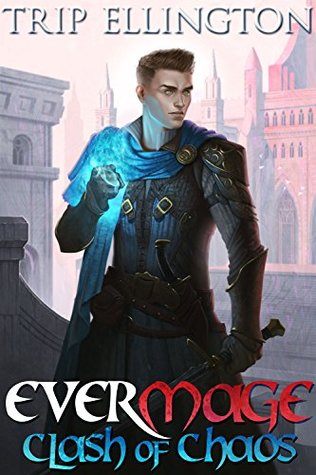 This is essentially an origin story. It’s well written, with a few issues. For example, there were some (one in particular) timeline jumps that made me a bit confused for a while. The book itself started strong, but it took me a bit of time to really feel fully engaged in the story and characters due to a full cast of names being dropped in quick order. A lot of things happen in this book, but our main protagonist keeps a feeling of hope alive throughout. I did feel like the author fell into the habit of telling not showing, and sometimes I felt like things got reiterated to me a few times too many. All in all, this is a really fun book with a strong premise and good writing. 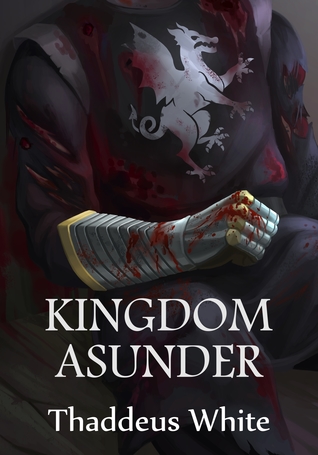 Kingdom Asunder is one of those books you’ll either love or hate. Off the top, the scope is broad and sprawling, and it’s heavily political, so if you’re into shifting alliances, battles, and plenty of tension in that regard, this might be your animal. It’s obvious that White has a knack for really seeing huge sprawling dynamics and parsing them down to easily enjoyable bites for his readers. Now, I will say that I think this book could have used a little more editing. There were some rough edges, some oddly worded sentences and etc that stuck out to me. I will also say that I had a hard time really getting into the book at first because there was so much happening but it was all happening at once and it sort of overwhelmed me and was hard to track for a while. That being said, this is a strong start to an epic series.

First things first, I am not a gamer. I do not play games. I do not like playing games. I do not understand games, and I generally struggle with books focused on gaming. Another thing is, apparently this book is absolutely roaringly popular as an audiobook. I did not have the audiobook, so I read it, and maybe that impacted how I enjoyed it. Who knows. So, this book kind of flew over my head just because I am absolutely not the target audience for it. However, if I take off my not-a-gamer hat and put on my nerd-hat, I totally get it. This is homage to all of those people who have spent so much time immersing themselves in RPG games. This is like a love letter to gaming, and for its target audience, I think it (rightfully) a hit. It takes time for things to get going, for characters to build up and for the world to come alive, but I can see the passion and I just loved it for that. No, it’s not my cup of tea, but I really enjoyed it despite that. For what it’s worth, Luke Daniel’s narrated the audiobook. He is one of my FAVORITE narrators so I will probably end up spending a credit on this book sometime soon so I can listen to it. 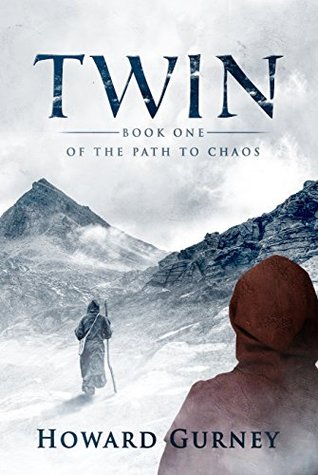 I struggled with this one. The idea is interesting, but the execution left something to be desired, mostly because I feel like the book could have used more editing. This is a book with an interesting premise, and it deserves attention, but, to be honest, I’m a little tired of the good ol’ prophecy epic fantasy themes. The reveals didn’t surprise me that much and while I do consider this one a valiant effort and absolutely worth the time spent reading it, in the end I was kind of left wishing it had turned out to be more unique that it ultimately ended up being. I know that seems cruel for me to say, but in truth there is a lot here for readers to enjoy. If you’re a fan of adventure fantasy, the old-style epics that deal with quests and big reveals and prophecies, then this might be your book. The author loved what he was writing, and while the book wasn’t my precise style, it might be yours.

I’m going to admit, when I saw the word “vampire” in the synopsis of this book, I just about put it down. However, I’m sooooo glad I didn’t. This book has vampires and werewolves and elves and all that stuff, but it’s got a new twist on them that I really enjoyed. The protagonist it believable and rough around the edges, the world is real and well realized, and the plot is fast paced. Events do get a bit muddled and confused in places, but the writing is strong and the plot really is addicting. I was pleasantly surprised throughout this book. The pacing can be a bit slow and some of the protags decisions were kind of dumb and obviously made to further the plot rather than for logical purposes, but all in all, this was a lot of fun and a very pleasant read.

Remember how, way back when I said I would award no winners, one winner, or more winners in a round if I felt like it? Well, I am exercising that right this week.

Congratulations to both winners of this round!