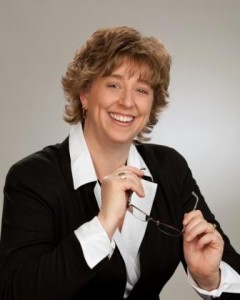 Teresa Frohock is an author I have just recently run across, but I’m glad I did. She actually got my attention when she started a discussion on Twitter about disabled characters in books after I posted the wonderful article Elspeth Cooper wrote. Teresa came across to me as a very caring, thoughtful woman and one of the first things I did was purchase Miserere and start reading it. Luckily for me, she’s also a very talented writer as well.

Miserere will be reviewed shortly, but let me say that I am loving it, and I’m also relating to it, largely due to the character Lucian, who suffers from a knee injury. My own injury is in my lower spine and my right leg, but this is one of those books that warmed me, in a way. Frohock wrote a character with an injury I can relate to, who has to compensate in ways I will probably have to compensate for the rest of my life. I get it. I understand the pain he must feel every time he sits and stands. I get the fact that he has to walk with a cane and I’m glad that the author is realistic with these disabilities. She doesn’t just show that these characters have some physical impairments, she shows how they realistically deal with them as well. It doesn’t make him weak, it makes him seem stronger, more capable and more realistic. And that’s why I’m doing this series – so people can see that disabilities don’t limit, they make people stronger and Frohock shows that in amazing detail in her book, and with her post.

When I started organizing this event I hadn’t read Miserere yet, but I knew I wanted Theresa to write for this event, simply because she was such a vibrant individual from what I had seen on Twitter. From the discussions on disability that she’s taken part in, I knew she’d have something amazing to bring to the table.

I wasn’t disappointed and I know you won’t be, either.

Raised in a small town in North Carolina, Teresa Frohock learned to escape to other worlds through the fiction collection of her local library. Teresa is the author of the dark fantasy, Miserere: An Autumn Tale. She has long been accused of telling stories, which is a southern colloquialism for lying.

You can find out more by visiting her at www.teresafrohock.com.

First, a most heartfelt thanks to Elspeth Cooper for kicking off this topic so brilliantly and next my thanks goes to Sarah for expanding on it with this series.

As someone who lives with a profound hearing loss, I can tell you now, I fully understand what it means to live with a severe disability. I am extremely fortunate that in the twenty-first century there is a plethora of devices to make my life easier, but even so, I am required to adapt to my surroundings in creative ways.

The same holds true for my characters. 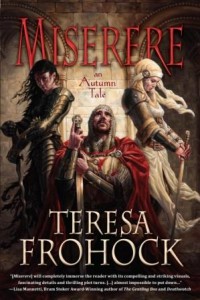 In Miserere, I have two characters with disabilities—Lucian and Rachael. Lucian is crippled with a bad knee, which on the surface doesn’t sound like much until you realize how this disability affects even the most basic movements of rising and sitting.

My husband had terrible problems with his knees, which was eventually corrected with knee replacement surgery; however, Woerld doesn’t have major surgical centers. It is a medieval type society and I didn’t want to cheat with magic. So I watched my husband compensate for his disability and wrote those compensations into Lucian’s character. The inability to place his full weight on one leg greatly contributed to my husband’s back problems; he couldn’t simply stand from a sitting position. He pulled himself up with his arms. Rising from a position on the ground meant that he always positioned himself close to objects that would support his weight as his pulled himself up. Even when I thought I had taken everything into consideration, one critique partner called me out on a scene where I originally had Lucian behead a man. Valerie felt that a man with a weak knee would not be able to summon enough torsion for that kind of blow. She was right.

However, one thing I have noticed about people who suffer from weak legs is they usually have much better upper-body strength than most people. They are used to pulling themselves upright; they adjust themselves to their disabilities by checking their movements and testing the ground. As with any disability, it is a matter of becoming more cunning than your environment and requires an almost constant vigilance. All those factors contributed to Lucian’s survival. He recognized his weaknesses and found ways around them by evaluating his surroundings and working them to his advantage when he could.

Rachael, on the other hand, has adjusted her life around her blind eye, but she refuses to completely acknowledge how much her possession disables her. The demon is slowly eating her memories and rendering her unable to function. She tries to ignore the severity of her disability and almost dies as the result of her self-delusion.

Self-reliance is a fine thing, but as anyone with a severe disability will tell you, total self-reliance is almost impossible when an individual is forced to interact with society at large. There are always obstacles that need to be navigated, some more easily than others. I can only speak for myself, but I can’t tell you how grateful I am for hearing people in airports who take a minute when I ask for help, or the people who don’t become frustrated when they’re trying to talk to me in a crowded concourse at a convention. Those small moments of kindness are always remembered and appreciated.

Likewise, my fictional characters appreciate help from time to time. No matter how strong-willed a person is, there will always be times when the disability can become overwhelming. Even Rachael, when the Wyrm was ready to take her mind, reached out to Lucian and said, “Help me.”

You are incredibly lucky, because the first four chapters of Miserere can be found online here. I suggest you read them. You won’t be disappointed. Miserere was published on July 5, 2011 through Night Shade Books (a publisher I am learning to pay careful attention to, because the books they’ve been publishing recently have yet to disappoint me). You can purchase it through all your normal outlets.

While you’re at it, give Teresa’s webpage a look, as well. She is very active on her blog, and always is posting thought provoking articles.