The Chronicles of Sirkara – Laura Resnick

This is a review of a trilogy. Therefore, if you’d like to learn more about each book, please click on the cover images throughout the review, which will link to the book’s Goodreads page 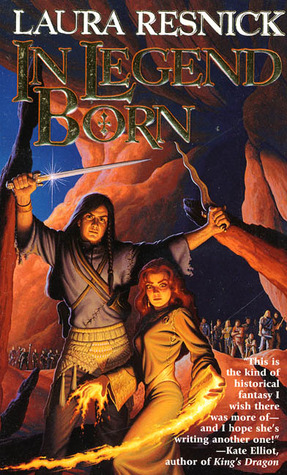 I enjoy running across books that haven’t received much attention. I also enjoy running across books that I enjoy a lot more than I expect to. When you smash both of those things together, you come up with The Chronicles of Sirkara, a trilogy by Laura Resnick, which I read in about three days flat. Yep, that’s about a book a day. I should also note, I rarely read series books back-to-back. I’m not sure why. I usually take a little break between books in a series, probably to digest or something. I couldn’t do that with this series. I went from one book to another back to back and devoured them as fast as I could. That says something.

Epic fantasy is a genre I either love or hate. It’s easy to mess up epic fantasy, and it seems like a genre that’s hard to do right. I need a little background in my epic fantasy, some archeology of sorts, an intense and well thought out history that is not only interesting, but believable. I need a writer who not only tells me about the world (s)he has created, but brings me there. That’s very hard to accomplish, and it’s one reason why I absolutely love Malazan Book of the Fallen series by Steven Erikson. He does all of that and more, and he does it masterfully.

There are few books that can rival Erikson for world building. While The Chronicles of Sirkara doesn’t quite reach the vast levels of Malazan, it also does not umpteen books and each book isn’t 1,000 + pages long. In the time frame Resnick has to build a world, she not only does it masterfully and solidly ticks off all my epic fantasy world requirements, but she also manages to bring the readers to Sileria and show them everything she’s created. It’s quite impressive.

Perhaps what is most refreshing about The Chronicles of Sirkara is that there is no feudal system. Instead, readers are dropped onto an island that has a bloody past, and a bloody present. The current rulers are a bunch of vicious soldiers who don’t really want to be there, and the people who inhabit the island are repressed and bitter. Resnick introduces a land that is ripe for revolt and revolution, and then takes you through each bloody battle and all the twists and turns they entail. During all of these twists, turns, betrayals, painful deaths that will tug at readers hearts, relationships and etc., Resnick ceaselessly, and subtly, weaves a very intricate culture that has somehow managed to survive despite 1,000 years of servitude to conquerors. It’s the small details that really make the culture pop, from the use of bloodvows and what they symbolize, to the hidden religious sects, the various languages people speak, clothing they wear, how women are courted and so much more. It’s this attention to detail, despite a breakneck plot and tons of action, that really show Resnick’s incredible capability to write epic fantasy and build a truly inspiring world.

People have to die. That seems to be a requirement for epic fantasy. In a series that’s core plot seems to be oppression and revolt, the author really has to deliver. Resnick fearlessly does. Much like George R.R. Martin’s series, as well as many others, unexpected people receive unexpected fates that are often unpredictable and rather sudden. This has a tendency to leave readers gaping. Despite this, while it’s obvious that you need to continue with the series to learn where it goes, Resnick wraps up each installment nicely. On the flip side, there are also plenty of relationships that are forged, or gently and subtly grow throughout each book. Resnick shows not only how well she handles death, but that each bit of darkness is balanced by a little bit of hope and light.

It should be noted that there are some romantic notes in this series. However, Resnick is delicate with them. The romance is never oppressive, and instead fits into the culture and fights perfectly. While some of these relationships are a bit predictable, they don’t ruin the flow of the book or oppress the plot and detour it too much. Instead, these relationships seem to follow a natural progression, which makes them more believable than most romances I run across in books.

While it seems like I can’t praise this series enough, the truth is there are some faults. For example, I found myself rather disappointed with Resnick falling into the old and tired trope of creating a female character who uses sex as a weapon. It’s been done, and done again. I felt it was below the bar Resnick set for herself. Furthermore, some of the antagonists are rather cookie-cutter, meaning they are so “evil” they are almost unbelievable, though this is a little less obvious past the first book.

The second book in the series, The White Dragon, seems to suffer from a bit of second book syndrome. There is a lot of traveling, the revolutionaries fight a different foe, but other than that, nothing much happens until the very end. Despite the large amount of traveling, the second book in the trilogy has the feel many second books in trilogies have. It feels like a placeholder between the incredible first and incredible third book. While it is important to read the second book, it would have been nice for it to have a more epic and poignant feel that Resnick creates in the first and third books. 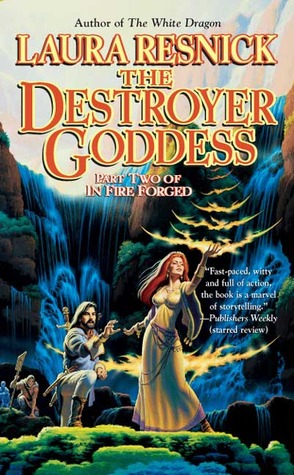 Resnick remains true to the foundation of the series, and the world she’s built and ends the series on a very promising, and perfectly toned note for The Chronicles of Sirkara. Despite the fact that the third book was a touch longer than it needed to be,  the ending will leave you feeling like you left behind dear friends. The battles, both personal and public, will stick with you long after, and despite the promising note, you’ll undoubtedly want to occasionally pop back into Sileria for another visit.

Though the series isn’t perfect, The Chronicles of Sirkara is an epic fantasy trilogy that has flown below way too many people’s radars. This is one of those true gems that is sure to please most readers. The world building is stunning, the relationships and culture are believable, the battles and hardships are intense and easy to get lost in. While there are some characterization and pacing issues, they don’t bog down the series. The Chronicles of Sirkara will suck you in, pull you under, and leave you gaping. Resnick shows her stunning ability to write incredible epic fantasy. This series will stick with you and make you beg for more.