Alright, time to try (again) to catch up on my backlog of books that need to be reviewed. Today I will do two short reviews of some Tor books that have been patiently waiting (for a few months) for some much needed love and attention. Both books are the second installments of fairly popular series. For both books, I recommend starting out the series before you move onto these second books, though it isn’t absolutely necessary for either. 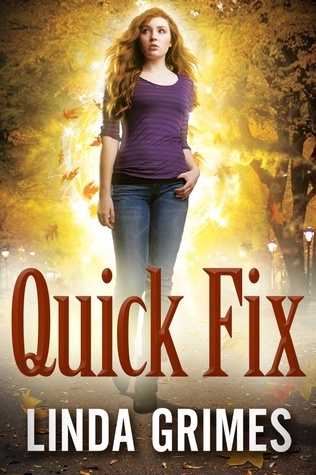 This is the second installment in a witty, unique, and rather fresh urban fantasy series where Grimes has upended the common shapeshifter mythos and made it truly her own. As with the first book, this is a fast paced, rather witty and enjoyable storyline that goes from adventure to adventure quickly so readers won’t ever really lose their interest. There’s plenty of sexual tension, though it is pretty obvious which way the wind will blow in the stereotypical love triangle.

Ceil is a character that has developed in leaps and bounds beyond the first book. She no longer feels two-dimensional. Grimes really allows Ceil to take on a life of her own, and if some of the dialogue still feels forced and the witty rebounds can get a little over-the-top, Ceil is a character that you can’t help but love. Yes, she fits all the common UF tropes, she’s beautiful without realizing it, witty, and has the love of everyone who ever looks at her. However, she’s human. She’s not super strong or super hardcore, she’s a believable person who is trying to deal with a very awkward situation the best way she can.

The situation itself is probably the most unbelievable part of this book. One small thing catapults into another and another until, you guessed it, there’s a gigantic conspiracy that Ceil & Co find themselves at the center of. In many ways Quick Fix is a paint-by-numbers sort of book, but that’s not always a bad thing. As with the first book in the series, this is a fun read. Predictable, rather tropey and the sarcasm can be a little much, the love triangle has eye-rolling qualities, but it’s not bad, despite that. There are times when a funny and light hearted romp through urban fantasy is exactly what the doctor ordered. When you are in the mood for that sort of thing, pick up this book. It will scratch your itch. Despite the pitfalls, it really is well done, and lots of fun, which was exactly what Grimes was after when she wrote it. 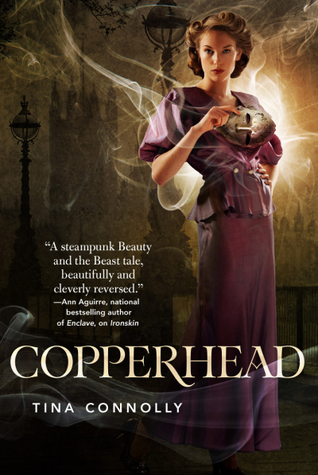 The first book in this series, Ironskin, left me less than thrilled. I’m not sure if it was because I was too stressed out from cancer treatment to really enjoy it, or if it was because I genuinely didn’t like it. I plan to revisit it sometime soon (as I have been doing with a number of books I read during cancer treatment). However, Copperhead is a unique book in its own right. This one is told from the perspective of Jane’s sister, Helen. She’s a little bit more surface level and lacks the depth of her sister, but that’s part of why she is so damn enchanting.

The story itself is rather fast paced with an interesting relationship dynamic thrown in to keep it interesting and away from stereotypical. Yes, there is some romantic tension, but it isn’t really overwhelming. In fact, the perspective of Helen was a delight in almost every respect. She’s a tad shallow, but her point of view really gives the book an interesting dynamic and makes the world feel really fleshed out and three-dimensional where it never really did before. In fact, her general positive attitude and levity regarding life in general helped keep the book from falling into waters that were too dark, or too serious.

The use of iron to repel the fae is really highlighted in Copperhead, which I truly enjoyed. The magic system was explored in more detail, and the effects of the actions of the last book are thrust into the limelight, as are all the people it effected. Connolly doesn’t subscribe to the camp of authors where everything works out for the best. Instead, people make mistakes, and those mistakes often propel the plot forward. It felt oddly relatable.

However, all of the wonder and accomplishment of this book is balanced evenly with the fact that the characters didn’t often feel up to the task of filling the larger world. In fact, compared to the world and the interesting magic system, Helen and many of the supporting characters felt rather pale and insubstantial. While it is easy to overlook that, the fact is that at times it felt like the world was more important than the characters that fill it, and it left me feeling like the book itself was somewhat out of balance.

Copperhead, despite that, is a fun read. Connolly’s writing will sweep readers away and if the book feels more focused on world building and politics, it probably is, but that’s not all bad. Ironskin was interesting and fun. Copperhead is a unique twist and a book that shows that Connolly isn’t afraid to blaze her own trail. I am genuinely interested in seeing where this series goes next.