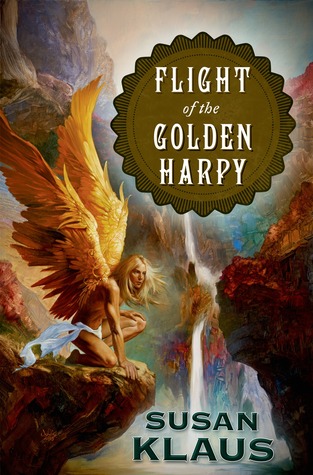 Susan Klaus was born in Sarasota, Fla. and has had an extensive career with animals from a business selling rabbits as a child, to a pet groomer of 30 years, to exhibiting dogs in obedience trails, to breeding show cats and founding the Fiesta Cat Fanciers Club, and has bred and raced Thoroughbred horses. Currently, she is raising rodeo bulls. She was the owner of Lil Critters Pet and Grooming Shop in Sarasota and Lil Critters Grooming Shop in Bradenton and for 10 years she worked at The Animal Health Center.

She has been published and featured in several magazines including Cats, ELL, and SRQ. She wrote her first novel, a fantasy about mermaids in 1982. In 2004, she wrote and self-published The Golden Harpy that received rave reviews in the press, The Venice Gondolier saying “…could easily compete with some of today’s best sellers.” It was followed in 2007 by The Golden Harpy II, Feather Lost on the Wind. In 2005 she founded and is still president of The Sarasota Authors Connection Club, presently 230 members and is the web radio host and co-producer of The Authors Connection Show with 15 million listeners in 148 countries. In 2009 she rewroteThe Golden Harpy and re-titled it Flight of the Golden Harpy, and it won the Florida Writers’ Royal Palm Literary award for Best Science Fiction Manuscript of 2010. She also penned her first suspense/thriller novel, Secretariat Reborn. In 2012 Secretariat Reborn was purchased by Oceanview Publishing and is due out Oct. 1, 2013, and Flight of the Golden Harpy was optioned by Tor and will come out in 2014. She is now working on Shark Fin Soup, the sequel to the Secretariat novel, and another suspense/thriller, A Murder in Sarasota, based on a true story.

Besides writing and animals, her hobbies have included sailing, fishing, scuba diving, raising orchids, and painting. She is a member of Fl. Thoroughbred Breeders and Owners Ass, Fl. Wildlife Ass., National Wildlife, The National Audubon Society, Sierra Club, Defenders of Wildlife, Mystery Writers of America, International Thrill Writers, Fl. Writers Ass., and Sarasota Fiction Writers. She is the mother of two children, Christopher and Kari Klaus and resides in Myakka City and manages the Matrix Ranch that is co-owns with her son.

To learn more about the author, check out her website!

The One-Star Amazon Rating and Review

I was asked to write a blog for Bookworm Blues, so I thought I’d focus on an author’s blues when their newly released book receives one-star ratings and negative reviews on Amazon. I’m a new author, new to blogging, and new to the discouragement of receiving a one star rating. No, this isn’t an author’s blogging rant. In fact I feel fortunate. My thriller, Secretariat Reborn, was released last October and my fantasy, Flight of the Golden Harpy, came out last June. Between the two novels on Amazon, they currently have received only two one-star ratings and are maintaining at four-plus-stars. My second thriller, Shark Fin Soup, hits bookshelves this August. Picture me now with my fingers crossed that the majority of readers will continue to like my books.

I’m no expert on the subject of bad reviews but this is what I’ve learned. First off, an author faces a mountain of blues before a book reaches Amazon. Coming up with a plot and characters, months of writing it down only to have an editor tear it up. And for a new author, there’s the endless rejection of agents and publishers. If you’re lucky to have a book picked up, you next face the exhausting promotion, begging people to buy the book and praying the sales are good. Just when you think you’ve reached the end of the long climb, here comes the one-star review, knocking that smile off your face and giving you the blues again. Stephen King said it best, “If you write…someone will try to make you feel lousy about it, that’s all.”

It’s nearly impossible for a book to please everybody. Even bestselling books are not immune from the negative review. While a bad rating isn’t healthy for book sales, a fair and honest post that points out an issue with a book can sometime benefit the open-minded author who thinks, “Okay. I’ll try to do better next time.”

What I’d like to discuss is the reviewer who rises early on the day that book is to be released, making sure their one-star rating and damaging review is posted first so it’ll drive off potential book buyers and then they admit in the post that they did not read the book or only read a small portion of it. I’m asking is this ethical?

I bring this matter up after reading a recent New Yorker article written by humorist Andy Borowitz that was titled, Hillary Considers Dropping 2016 Bid After Reading One-Star Reviews on Amazon. The article points out that “dozens of people purchased her book on the first day of publication, read all six hundred and fifty-six pages in one sitting, and judged the finished product so unsatisfactory that it only merited one star on Amazon.” I have not read Mrs. Clinton’s book, Hard Choices, and don’t know if it is a good or bad book. I did go to Amazon and checked out the first reviews for it, posted on the release date. Hundreds ranted with their one-star rating and some gave the book five-stars, but can any of them truly say they bought, read that huge book, and managed to post a review all in one day? The article was meant to be funny, but I’m sure Hillary wasn’t laughing. But I poise the question, is an Amazon review the place to vent or be vindictive especially when a reviewer didn’t read the book?

On Goodreads under the Author Guidelines the number one rule in bold lettering is, “don’t engage with people who give you negative reviews.” Understandable, an author who explains, defends, or chews out a reviewer looks bad and this hostility can turn off future readers of their book. Sound nice and logical, but it can be frustrating to take the moral high ground and keep your mouth shut when someone attacks your baby. And for authors, their books are like babies, birthed and nurtured along, sometime for years, and finally when they’ve passed the tests of editors, agents, and publishers, they are sent out into the world. So it’s hard to stand back while a review chokes the life out of your kid. It’s even more aggravating when they confess they only skimmed the beginning.

I personally have never given a one-star rating to a book on Amazon. If a book is so bad or boring that I can’t finish it, I don’t think it’s fair to judge the whole book on the first few chapters. An example for me was The Girl with the Dragon Tattoo. I couldn’t get into the story and quit reading. Later, I saw the movie and thought wow, what great original story and outstanding protagonist. I would’ve felt like an idiot if I had posted a negative review.

This wraps up my blog on one-star ratings and author blues. I hope you got something out of it. In a perfect world, every reviewer would read the entire book, especially if they’re going to post a one-star rating and a damning review. Then again, all books would be perfect. But what do I know? I’m new to all of this.