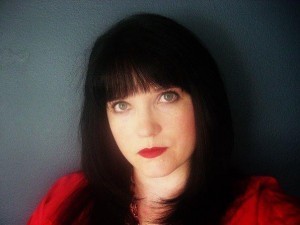 Hi. I’m Mercedes. I have two broken laptops, three kids, a husband and no time to write, although I try my very best.

I’m the author of Beautiful Sorrows,Apocalyptic Montessa and Nuclear Lulu: A Tale of Atomic Love, Nameless: The Darkness Comes, which is the first book of what I’m calling The Bone Angel Trilogy, and Pretty Little Dead Girls: A Novel of Murder and Whimsy.

“Books are like babies,” an author told me once. “You don’t have a favorite. You love them all equally.”

“Books are just widgets on your website,” another author told me that same night. “They’re just one more thing to sell. One more product to make a page for.”

Books aren’t babies or widgets. They’re books. They’re your literary darlings. And while I love each one of mine insanely for who they are and what they mean, oh yes, you’d better believe I have a favorite.

It’s called Pretty Little Dead Girls: A Novel of Murder and Whimsy, and I just released it. 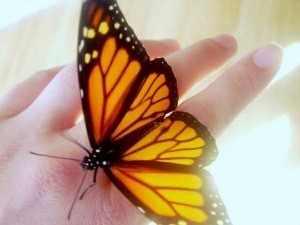 It wasn’t like releasing the others. Of course there’s that sense of “Ahhhhh!” and “Eeeeee!” and the excitement and stress that comes from any book release. I stay up at night wondering how to promote it. I think about the characters and muse whether or not their story is finished. But when it’s your favorite book, your favorite thing you ever wrote, the book release process changes. It’s a little more exciting, yes. It’s a little more terrifying, naturally. But the feel of letting these special and oh-so-dear-to-your-heart characters out into the wild? Oh.

I grew up raising Monarch caterpillars. We’d feed them milkweed. We’d keep them sheltered from the birds and winds and wild children that would bend and flatten them. These caterpillars would climb to the underside of their milkweed leaves and they would start the transformation process.

“A caterpillar spins a silk cocoon,” people would say, “and then they turn into be-yoo-tiful butterflies.”

Butterflies don’t spin cocoons. Moths do. Their paper-thin skin bursts and tears in the most sickening of manners to reveal the chrysalis underneath. There’s violence in it. Savagery. 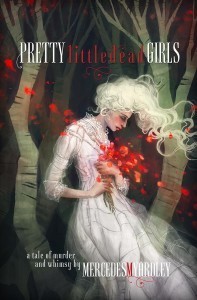 our sweat and soul into your favorite book.

If the butterfly is protected, it lives. It struggles and kicks and fights its way out of its chrysalis. It emerges fat and battle-worn and wet. It’s exhausted. It takes quite some time before it manages to flutter its wings. Once. Twice. The wings dry, eventually.

Releasing a favorite project is like releasing those butterflies into the wilderness. There’s pride and joy and a little bit of sorrow that it won’t be just yours anymore. There’s fear for the journey. What if they fail? What if they’re unloved? What if something happens? But it’s still the most beautiful thing you’ve ever seen, and maybe it can spread joy, and maybe somebody will smile when they see it. Maybe it will be something better than you can ever be. It’s a whimsical, ethereal thing. Fly, favorite book. Fly, little butterfly. Make us all proud.

“Run, Star Girl.” Bryony Adams is destined to be murdered, but fortunately Fate has terrible marksmanship. In order to survive, she must run as far and as fast as she can. After arriving in Seattle, Bryony befriends a tortured musician, a market fish-thrower, and a starry-eyed hero who is secretly a serial killer bent on fulfilling Bryony’s dark destiny,