First, I need to say something. I might be completely wrong, but I did some research and two of the books on my list don’t appear to have been published, so I left them out of the challenge. This is the Self-Published Fantasy Blog Off, which, in my mind, means being published is sort of important to being part of the contest. If I’m wrong (it has been known to happen), these two authors can let me know and I will amend my mini-reviews and add theirs. 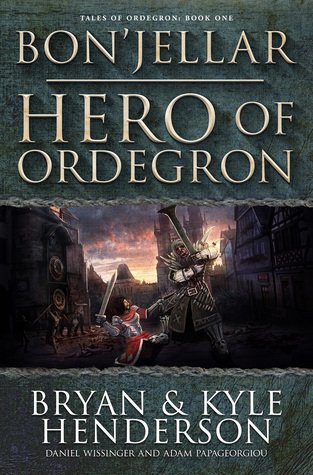 This is a book that doesn’t take itself seriously. It’s a fairly standard fantasy quest, and readers might be a bit put off by that, but it’s really quite different than that. While at its roots it is quite typical, the writing and characters make it quite different. This book is quite graphic in both violence and language, so be warned about that. The characters are over-the-top, and in many ways so is the plot. I think this book will be a love it or hate it type thing. Readers will either love the humor, the fact that this book doesn’t take itself seriously and neither should you, and the complete lack of fear regarding all things graphic. Or, you’ll dislike it due to the fact that, while it’s quite fun and addictingly different, it might feel like it tries too hard. Regardless, it’s worth looking into if you’re looking for a different spin on an old classic. 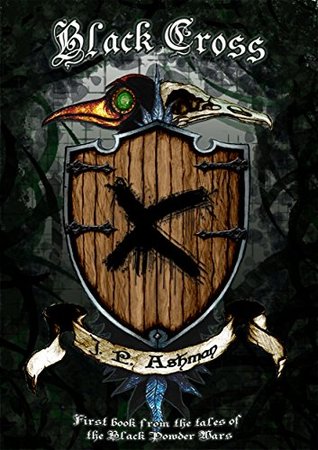 This book really surprised me. The start is a bit slow, and a lot of characters and terms get thrown at readers. It can be kind of overwhelming, but once you push through that it really takes off. This is set in a secondary world, but it reminded me enough of our own world and our own problems to almost feel like it’s set in a sort of alternative Earth. The book follows two intricate plots, and it takes time to see how they really interweave. The magic system is fascinating and very well crafted. This is quite an epic saga, and surprisingly political. There are factions, and back biting, plenty of twists and turns, violence and bloodshed – everything epic fantasy fans enjoy. Where I, perhaps, had some issues was regarding some of the editing. There were some wonky sentences, odd uses of words, and perspective changes that were sudden and jarring. 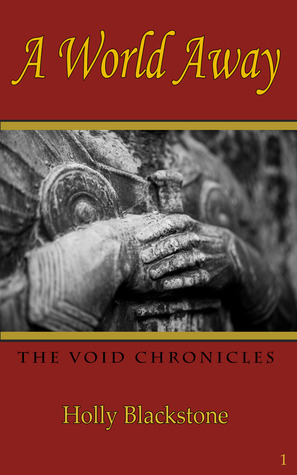 A World Away – Holly Blackstone
Buy the book

There are a few reasons why this book isn’t a book I’d typically read. I’m not into romance. A modern individual finding herself in another world/reality really isn’t my bag. However, it hit me at a time when I was in the mood for something like this, which is rare, so I gave it a read. The plot is quite interesting, and by the time the first three chapters have been read, it will be quite addictive. The book moves forward at quite a clip, and if some of the character motivations are rather mysterious (I had a hard time understanding why some people did various things) and the secondary characters are kind of two-dimensional, its easy to forgive. Perhaps my biggest issue was regarding the romance. Tristan was a rather domineering man, and Julianna seemed to struggle against her new situation to an obscene degree. While I understand why some tension between romantic couples is necessary, in a lot of ways this relationship seemed unnecessarily emotionally complex. The ending was solid, leading on to the second book nicely without giving anything away. Recommended for fans of romantic fantasy. 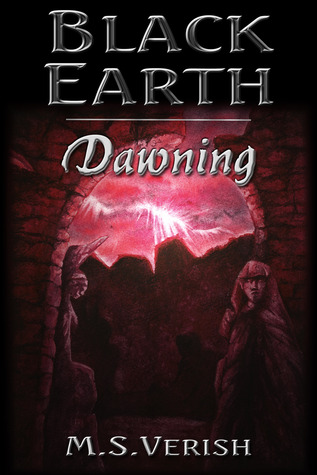 This is the first book in a series. The book starts out in the middle of some important events and readers sort of catch up. Things take off pretty quickly, and there are numerous important characters you’ll be introduced to in fairly short order. The plot is interesting, and the relationships really shine. This is a character driven work, and I can really tell that a ton of love and attention was poured into creating them. This is another epic fantasy where you’ll be introduced to a new world, new cultures, and languages. Some are better than others. Some aspects of the world could have been explained more, and some could have been explained a bit less. The magic system is interesting, but there are some fairly tropey parts of all of it. This is a solid start to a new series, if a little underwhelming at the end based on what I expected at the start. 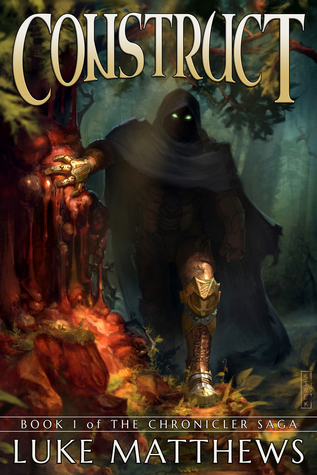 Construct is… unique. The main character, Samuel, is an artificial creation who has been alive for quite a while. That’s interesting. In fact, Samuel steals every scene he’s in and the book fairly revolves around him in the best way. Other characters don’t get quite as fleshed out, and due to that, some of their tropey elements can be hard to ignore. In fact, that’s probably my biggest complaint regarding the book as a whole – it really could have used more fleshing out and detailed exploration in a lot of ways. In other ways, it’s absolutely shocking. I loved how Matthews dealt with the antagonists. The ending is solid, if a bit rushed. The book moves forward at a quick clip, and everything that happens feels shockingly believable (which isn’t always the case). Yes, this book could use a bit more depth and detail, but overall I was quite impressed.