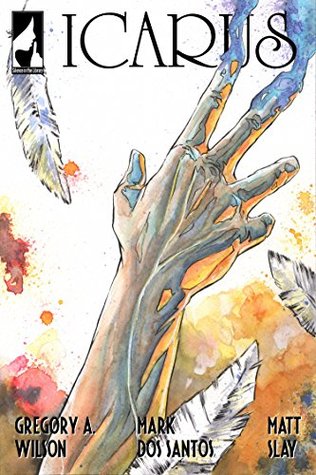 Gregory A. Wilson is currently Professor of English at St. John’s University in New York City, where he teaches creative writing and fantasy fiction along with various other courses in literature. His first academic book was published by Clemson University Press in 2007; on the creative side, he has won an award for a national playwriting contest, and his first novel, a work of fantasy entitled The Third Sign, was published by Gale Cengage in the summer of 2009. His second novel, Icarus, was published as a graphic novel by Silence in the Library Publishing in April, and his third, Grayshade, first book in the Gray Assassin Trilogy, will be published by The Ed Greenwood Group in September. He also has a number of short stories in various anthologies, three articles in the SFWA Bulletin, and did character work and flavor text for the hit fantasy card game Ascension: Chronicle of the Godslayer. He is a regular panelist at national and international conferences and is a member of Codex, the Writers’ Symposium, Backspace, and several other author groups on and offline. Along with fellow speculative fiction authors Brad Beaulieu and Mike Underwood he is the co-host of the critically acclaimed podcast Speculate! The Podcast for Writers, Readers and Fans, a show which discusses (and interviews the creators and illustrators of) speculative fiction of all sorts and types, and he runs a highly regarded TwitchTV channel under the moniker Arvan Eleron. He lives with his wife Clea, daughter Senavene and son Calen–both named at his wife’s urging for characters in The Third Sign, for which he hopes they will both forgive him–in Riverdale, NY. Learn more about him on his website.

In every huckster film—think Wedding Crashers, or Catch Me If You Can, or The Boiler Room—there’s a scene where the jig is finally up.  The exquisitely detailed plans, layered with delusion and uncertainty, are finally beginning to fall apart, the paint peeling from their sides and the rivets starting to pop; and the scam artist has a moment where he/she realizes it’s all over, the dream is finished, and there’s nowhere left to run.  The bluff has finally been called; the whole thing was never real to begin with.

We never quite know how to react to this as an audience.  We don’t want scam artists to succeed…really.  They hurt people, and they’ve got to be punished.  But we admire their guts, their chutzpah; we like the fact that they took chances, were bold and confident and exciting, were, uh, “unmoored” by traditional views of morality.  So when they inevitably fail, we’re a little sad.  Yes, consequences, responsibility, but still, it was exciting, wasn’t it?  Gatsby was all show and nonsense, but he was inspiring, right?

That’s partly it.  But I’d suspect there’s more to the reaction, especially when it’s coming from a creative person, an author, artist, dancer, musician, or something similar.

They got him.  My God, someday they’ll get me.

I’ve come to conclude after over a decade of writing professionally and interviewing other creative people that this fear, this staggering weight of self-doubt and uncertainty, is well-nigh universal in the creative personality.  No matter the level of achievement, regardless of the amount of success, most of us believe that at some level we’re charlatans, con artists; somehow we’ve managed to bamboozle friends, family members, agents, editors, reviewers, and the general public into believing we know what the hell we’re doing when we sit down to write our latest opus.  I used to think this was reserved for the folks who hadn’t received enough external approbation to get past their inner demons…and then I heard Tim Powers say, in an interview Brad Beaulieu and I conducted with him on our podcast Speculate about Hide Me Among The Graves, that on his latest project he was convinced he had (to paraphrase) written himself into a corner…and that he always felt this way, every time he wrote a book, that this time there was no escape, that this time they would find him out.

I’ve heard similar sentiments from literally hundreds of authors over the years, from my own creative writing students to award-winning paragons of the genre…and of course I feel it myself, intensely at times, the sense that I’ve been engaged in a great shell game which, eventually, is going to be revealed as the rigged spectacle it all is.  That nagging voice in my head—partly a leftover from my perfectionist parents, who probably thought they were instilling values and standards instead of creating an anxiety-ridden performer convinced he was going to miss catching the trapeze someday, in full view of a horrified and disapproving audience—is not the loudest one, fortunately.  But it’s always there, no matter how much work I do or how much I theoretically succeed at my profession: “Sure, but that book was from a smaller press. And that editor likes you personally, so she wanted to do you a favor.  And that novel is just a stand-alone, right, so they don’t want to keep you on, not really, not once everyone sees that you’re not really the writer you pretend to be…”

Theoretically succeed, I said in that last paragraph.  It’s a persistent and nasty little bugger, that voice.

What makes this worse, of course, is our inability to talk about it.  If we discuss our self-doubts and fears with friends who aren’t creatives themselves, we might get generalized support and acknowledgment of our concerns—but truthfully, they don’t understand the big deal, because they care about us and wouldn’t care if we produced nothing from here until doomsday so long as we were happy and willing to hang out with them.  Also, because they think we’re freaking nuts.

“They bought your third novel?”

“Oh. Well…I mean, it’s awesome, but the publisher is new, and I’m worried about bookstore distribution, and I don’t know about the sequel, and so…yeah. Just things to think about.”

But talking to fellow creatives isn’t much better, because our fears—the same ones which tell us to modulate our reactions, to not get ahead of ourselves, to wait for the other shoe to drop—also warn us not to show vulnerability to our peers.  Yeah, most of us feel some level of self-doubt, but we can’t admit that in any specific way…because then maybe they’ll know too.  Then they won’t ask us to writing groups, and they won’t want to be on panels with us, and they won’t write blurbs for our books, and…

When I sat down to write this post, I wasn’t planning to write about the uncertainty and fear which often plague me and so many of my friends and colleagues.  But the only way it’s gotten better—and it has gotten better, much better over the years—

is through admitting it exists and talking about it, with friends (even the incredulous ones!), with family, with mentors, in therapy.  The only way to quiet the persistent, perfectionist voice which threatens to shut down our desire to, as Fuentes said, “struggle against silence,” is to replace it with a healthy one, one which admits the doubts and fears and uncertainties and places them in the larger context of our lives.