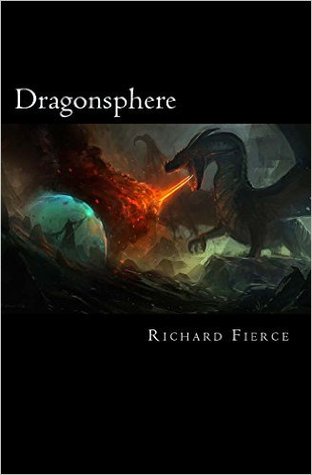 When the magic on the sphere fails, the soul of a powerful fire dragon is released and chaos breaks loose. A tentative treaty between two long warring kingdoms is jeopardized when Prince Ranaan kills the new king, his brother. Velkyn and Calderon, the two monks chosen to protect the sphere, must leave their monastery and attempt to recapture the dragon’s soul before it takes physical form. Will they be able to stop events beyond their power, or will both kingdoms be destroyed by the dragon’s rage?

Dragonsphere was one of those books that brought me back to my classic fantasy roots. The quest, and the atmosphere of discovery were all things that pulled me into fantasy in the first place. Epic fantasy is a genre that has always delighted me, and finding a book that pulls out all those elements of the book instantly gets my attention.

Dragonsphere is written with passion. I could tell that from the start. This book is woven together and written in a way that really let me feel the author’s enthusiasm for his work. That’s something I always really enjoy as well. When an author enjoys what they are writing, when they love the book they’ve put together, the reader can tell, and that makes it far more enjoyable.

This is a book that works on a few different levels. First, on its surface, it’s the story of a magical orb that traps the souls of dragons. The book essentially follows a wide range of people, from those who have created the orb, to those who guard it, and those who actively threaten the orb and what it does. Inserted into that, is a large world and wide cultural tapestry.

Along with this is a deeper story being told. This one is a story of love and war, and relationships that form and what happens to them when tensions spread and things start to fray. When nothing is certain, the only certainty is uncertainty. It’s an interesting play on things, and I really enjoyed the way the story, while interesting on the surface, was textured and layered with deeper themes.

The biggest problem I had with this book was the unbalanced pacing. The start of the book was addicting, gripping, and fast paced. The middle sort of lost me. It was slow, full of a lot of names I couldn’t quite follow, and infodumps that, quite frankly, caused my mind to wander quite a bit.

So, the middle was a bit of a struggle for me.

Where does that leave us?

I really wanted to like this book more than I ended up liking it. The story was interesting. It worked on a few different levels, and the plot itself hearkened back to the epic fantasy adventure days that really hooked me into the genre in the first place. However, the uneven pacing really lost me a few times along the way. In the end, this book had a ton of potential, but I couldn’t quite become as absorbed in it as I wanted to.